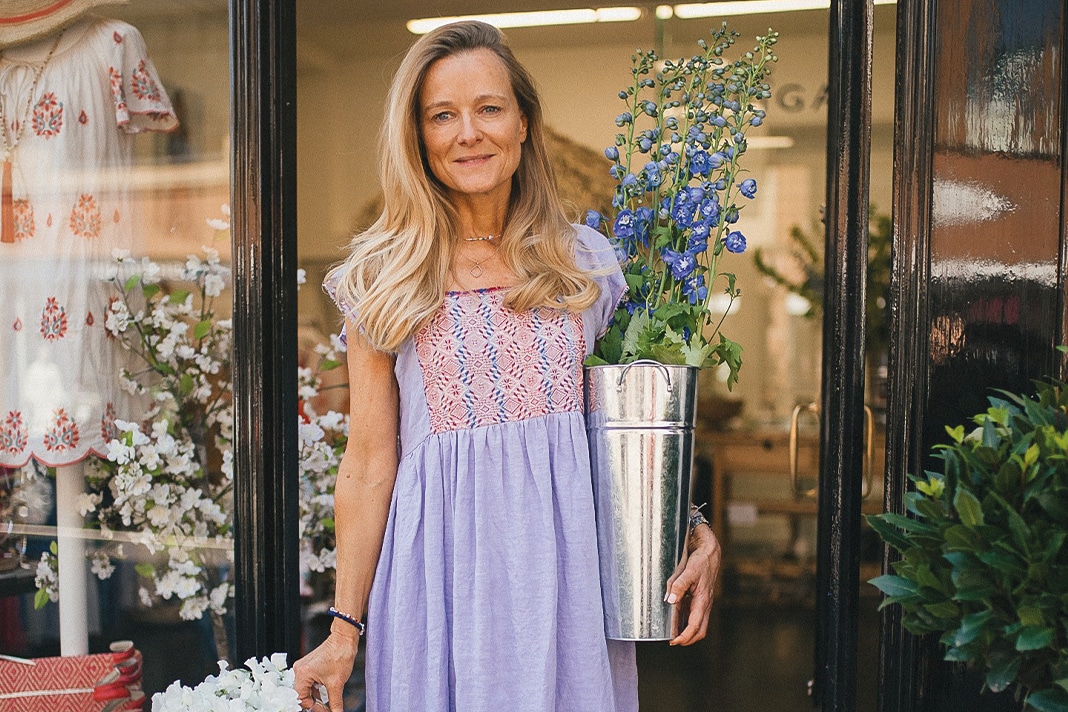 Lucy Macnamara isn’t the typical fashion person. Yes, she runs a thriving fashion company and spends her days thinking about fabrics, cuts and colours, but her vocation isn’t really to do with clothes. Macnamara’s charity background and enormous enthusiasm for travel and sustainability led her to set up a fashion company that exists to stimulate fair trade with international artisans and, ultimately, to save the planet, as well as making nice things to wear. It’s a big ambition and one that goes beyond the urge for a new dress, but her business is currently celebrating both 15 years of trading and a shortlisting in Drapers’ Sustainable Fashion Awards. 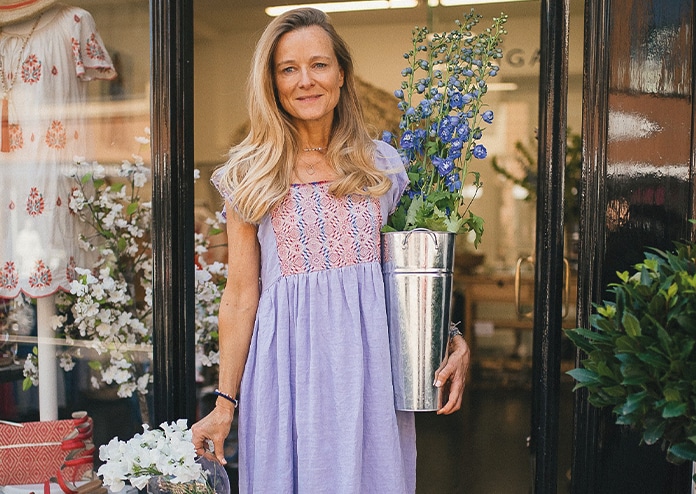 Aspiga – named for Lucy’s first horse – offers a surprisingly enormous collection, and as an entirely sustainable business it’s the antithesis of exploitative fast fashion. Mostly these are clothes designed for holidays – floaty dresses, beachwear, sandals, cotton tops, kaftans – but there’s also a growing selection of other things. Knitwear, trainers, dog collars. Even menswear. Lucy is clearly someone who loves taking things on, though she thinks she should probably stop. “We just keep adding,” she says. 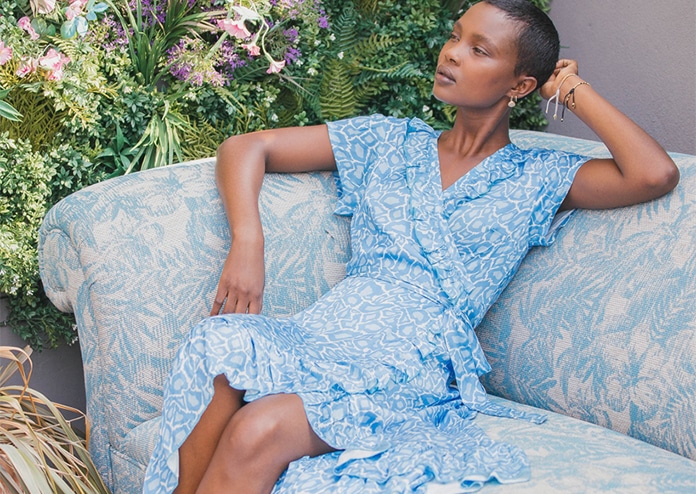 Originally the business started with sandals. Lucy says: ‘In 2003, I went on holiday to Kenya and was awestruck by the artistry and craftsmanship I discovered. Delicate, hand-beaded sandals. Intricately adorned belts. Beautiful, bright jewellery.” She set out to bring them to a wider audience and to trade them fairly, and it grew from there.

Lucy spent two years developing the Aspiga sandal collection, while working part time at the Business in the Community charity, where she was a key member of the team for over 12 years. When she launched the collection to trade in 2005, at Top Drawer, it was snapped up by 40 stockists – so she left the day job to dedicate her energies to Aspiga. 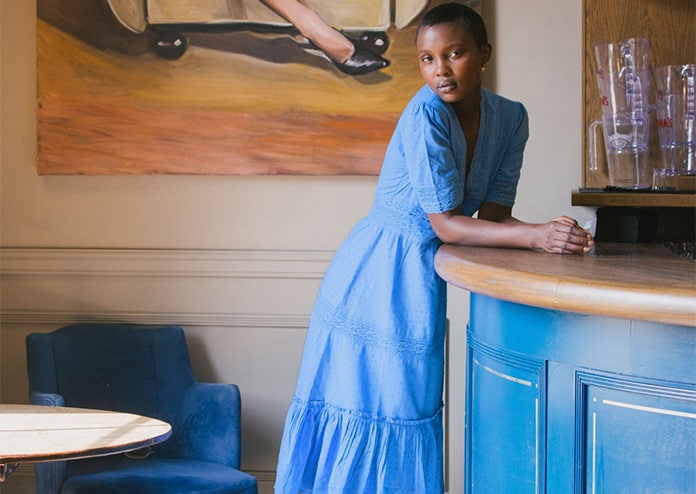 Kenyan sandals continued to be her main focus, along with Masai jewellery and belts until five years ago when she began to introduce clothes. Since then, it’s all been about refining her sustainability commitment. ‘We aim to use entirely chemical-free materials – at the moment we’re using 95% organic cotton and hope for that to be 100% soon,’ says Lucy. She’s always improving – they have stopped using any man-made fibres and are offsetting their carbon footprint with Carbon Click, plus she’s certified with B Corp, the standard for sustainable business. Aspiga’s aims are wide-ranging – they’re now involved in an initiative for collecting plastic rubbish from Kenyan beaches and taking it to recycling, and for every pair of sandals sold the company pays someone’s school fees. 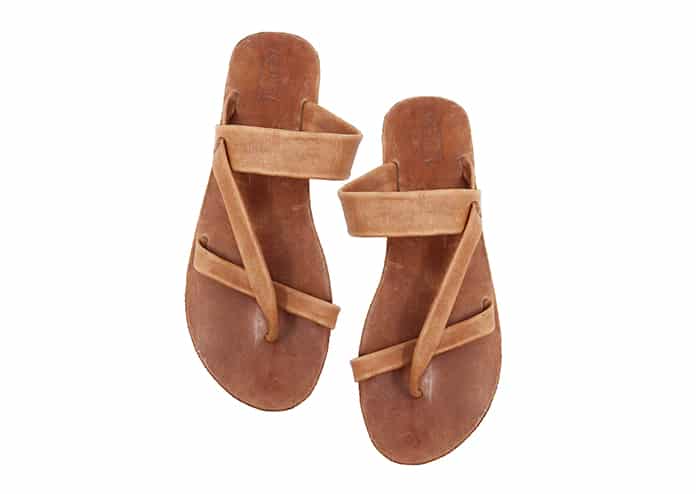 In 2019, Lucy opened the first Aspiga pop-up on the King’s Road, which has become an annual event every June. Last summer’s pop-up in St Mawes was a huge success and will reopen in May, and this year there are plans to open retail outlets in Wiltshire and Worcestershire, as well as a beach boutique in Polzeath, Cornwall. The new collection includes a vast range of dresses and holiday fashion. So for a guilt-free fashion fix, you know where to go.

Like this? Check out our conversation with Midcentury Modern Fair’s Lucy Ryder Richardson

Expert Advice on How to Apply Fake Tan