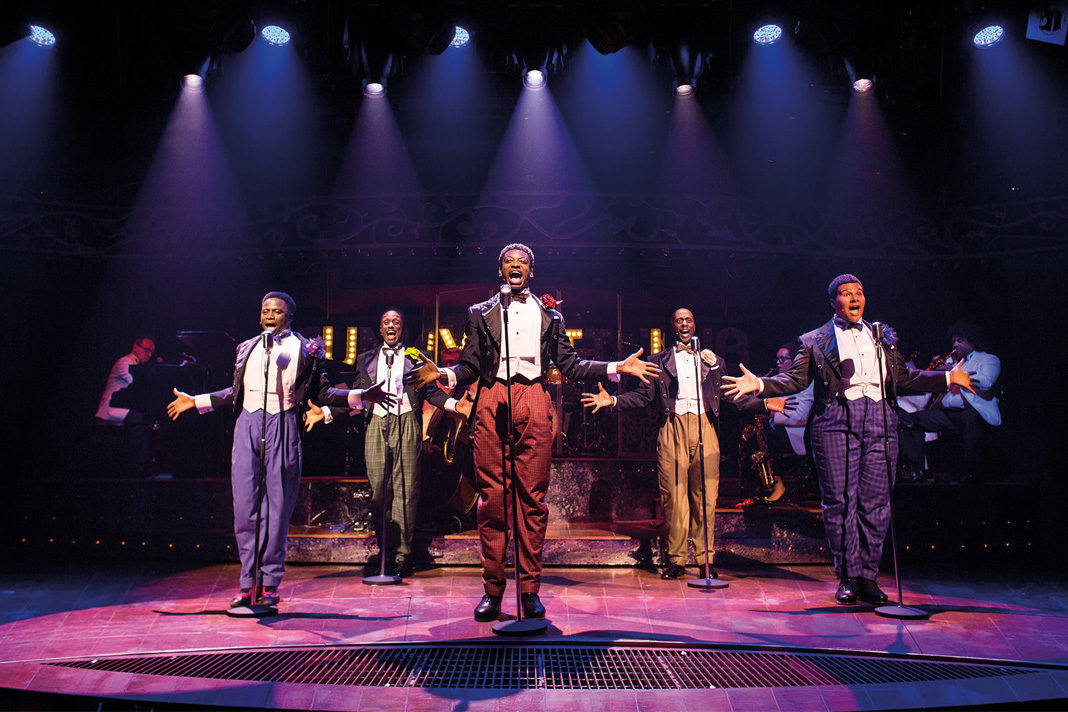 Five Guys Named Moe brings the toe-tapping tunes of Louis Jordan together in one smash-hit musical marvel. We review the energetic and unmissable show

Nearly 30 years ago, five fun-loving guys named Moe burst onto the Theatre Royal Stratford East stage to showcase the toe-tapping hits of Louis ‘King of the Jukebox’ Jordan. Created by The Wire’s Clarke Peters, the show enjoyed a four-year stint in the West End in 2010 with Peters assuming the lead role, and is now back in an all-singing, all-dancing revival for a modern audience in Marble Arch. The revue caused a sensation back then and has again set the London theatre scene alight with Peters this time in the director’s chair. 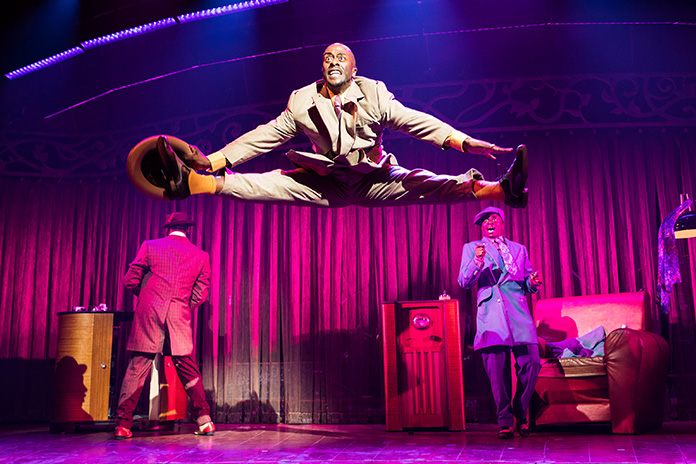 Effervescent saxophonist Louis Jordan was one of the chief architects and prime originators of the Rhythm & Blues idiom. His trailblazing repertoire bridged the gap between jazz and original R&B establishing him as one of the most pioneering musicians of his time. Five Guys Named Moe harnesses his irresistible hits to tell the tale of Nomax, a whiskey-dependant underdog, played with disarrayed humour by Edward Baruwa, whose life is falling in a loveless downward spiral. Listening to the radio one night, he slips into a booze-fuelled stupor and is visited by five guys – yes, you guessed it – named Moe, intent on setting him on the straight and narrow by way of Louis Jordan songs. The inexplicable appearance of these suave and ghostly music-meisters – Big Moe, Know Moe, Little Moe, Four-Eyed Moe and Eat Moe – go unchallenged as they set off on what becomes a slick and exuberant tribute to the healing power of music. 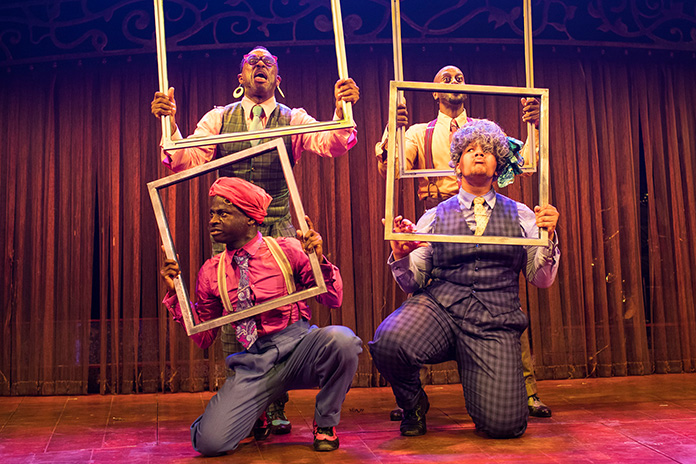 That’s it for the plot, which leaves a lot to be desired but that’s beside the point. By definition of a jukebox musical, what ensues is a compilation of some seriously funky tunes connected by a loose lineage of comical dialogue. Much to Nomax’s displeasure, we’re treated to song after song from the depths of Louis Jordan’s career, slickly delivered in part by a brilliant six-piece band led by Steve Hill. Andrew Wright’s choreography is tight and witty, the singing accomplished and the energy interminable. The six stars have charisma by the bucket-load and maintain a feel-good party atmosphere evocative of smoky, rock ‘n’ roll nights spent in an underground jazz bar.

This is reinforced by the show’s setting which transports audiences from grimy Oxford Street to New Orleans via a purpose-built, 600-seated tent that sits in incongruous glory on a corner of Hyde Park. On entering, audiences are met with Southern-style wrought-iron columns, popcorn vendors and a bar serving cocktails of the era. Inside, Peters has constructed a lavish in-the-round staging with those in the pit sitting at bar tables, cabaret-style, while a revolving circular walkway allows the Moes to leap, dance and shimmy amongst the audience. The performance zings with energy and culminates in a night of total fun.