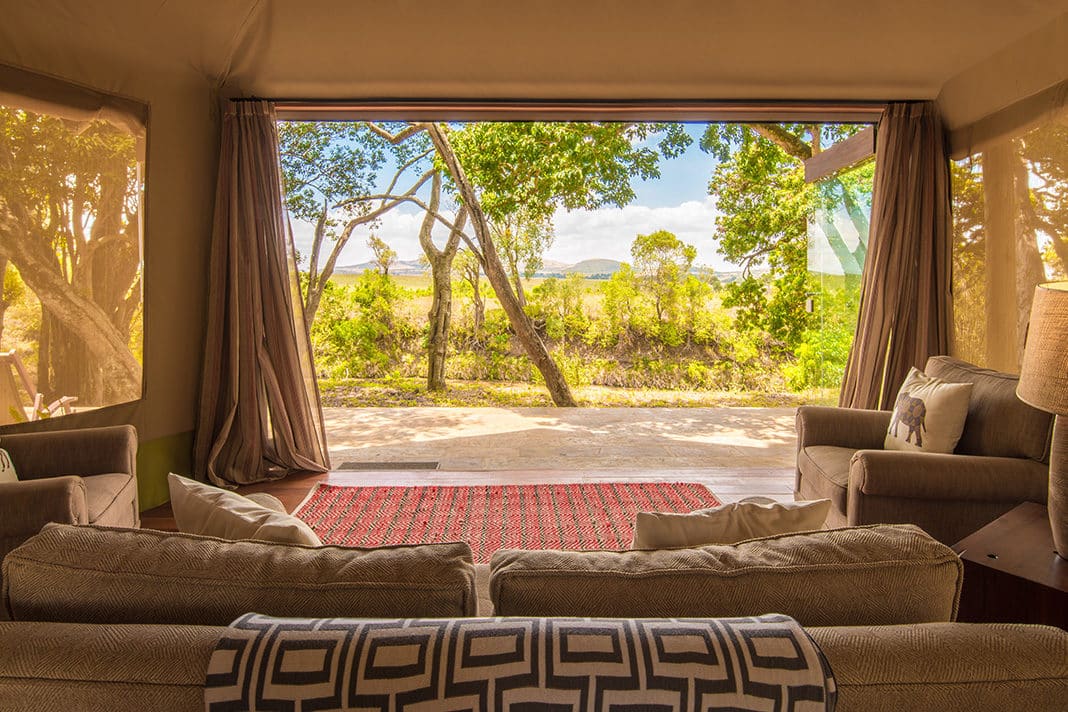 Follow in the footsteps of this year’s most exciting television and film characters. These are the film-inspired tourism destinations to check out now

Television and film-inspired tourism is a growing phenomenon, motivated by both the growth of the entertainment industry and the increase in international travel. Inspired by the flurry of major film and television releases this year, hotels and travel companies around the world are offering behind-the-scenes access and real-life experiences of much-loved characters. From following in the footsteps of the March sisters in Little Women’s Massachusetts, to a Lion King African safari with The Safari Collection or ‘letting it go’ in Swedish Lapland, a nod to Frozen 2, read on for our top picks of how discerning travellers can get close to the action and discover the locations and inspiration behind today’s blockbusters.

To celebrate the hugely anticipated recent release of The Lion King, The Safari Collection has launched a privately guided safari to the Kenyan locations, which inspired the original film. The safari will be led by Robert Carr-Hartley who was closely involved in the creation of the original The Lion King film in 1994. The packed itinerary begins with a one-night stay in Nairobi at Giraffe Manor, which is renowned for its herd of resident Rothschild’s giraffes who travel from their nearby sanctuary to join guests for breakfast and tea, sometimes poking their heads through the windows in hopes of a treat. Guests will go on to experience Borana Lodge in Laikipia, where Robert guided the animators in their quest to find a location for the iconic Pride Rock, and learn how to track and identify lions in Sasaab.

Rates for The Safari Collection’s privately-guided ‘Lion King Safari’ start from approx. £23,458 for a family of four; thesafaricollection.com

From the minds behind some of the world’s greatest wildlife documentaries, BBC One’s major new six-part wildlife series Serengeti took to the screens last month, following the lives of the animals that inhabit the Serengeti region of East Africa. For viewers who have been inspired to visit the Serengeti and see some of the wildlife shown in this epic new series, an itinerary from Scott Dunn with leading conservation brand Singita offers the ultimate wildlife adventure. With this you can enjoy superb game viewing at Singita Grumeti – the Serengeti’s largest and most successful private game reserve covering a vast 350,000 acres, and stay at the recently refurbished Singita Faru Faru Lodge in Tanzania. You’ll experience a Big Five safari with a trip to Rwanda to trek to see wild gorillas at Singita’s highly-anticipated new opening, Singita Kwitonda Lodge, for the ultimate wildlife adventure.

Scott Dunn offers an 11-night Rwanda and Tanzania itinerary from £10,500 per person; scottdunn.com

Go on a Frozen adventure in Sweden

This winter, families and fans of Disney’s hit film series Frozen can embark on a thrilling week-long, tailormade family holiday combining culture in Stockholm with adrenaline-fuelled activities in Swedish Lapland. Budding arctic adventurers can look forward to unique experiences inspired by the films set in the wilderness of Swedish Lapland, on an itinerary specially designed by Scott Dunn and packed with experiences such as husky sledging and ice sculpting. This fantastic family getaway begins in Stockholm, a city steeped in Viking history, before taking families north to Kiruna where the journey through Lapland begins. For a bucket-list-worthy first night, guests will stay at the famous Ice Hotel, built each winter using natural ice from the nearby River Torne. The final stop of the adventure is at the nearby Tree Hotel, where guests can spend two nights perched in the forest canopy in a one-of-a-kind treehouse.

Scott Dunn offers a family adventure to Swedish Lapland from £2,900 per person;  scottdunn.com

Off to Massachusetts… with Little Women

Mark the release of the hotly-anticipated Little Women, with an inspired trip to Massachusetts on America’s East Coast. Culture vultures and history buffs will delight in following in the footsteps of the March girls, and be transported back in time on a journey through Boston, Lexington and Rhode Island. As a central set in the upcoming movie, the trip kicks off in Boston, home to the Taj Boston, one of the most iconic hotels in the city, which has occupied Boston’s most prestigious address at the corner of Arlington and Newbury Streets for 92 years. Just 15 miles outside of Boston, the itinerary next calls for a stop in Lexington, staying at The Inn at Hastings Park. It serves as an ideal base to explore Concord just 7 miles away. Concord played a big part in Little Women, as it is where the central plot is set and where author Louisa May Alcott lived. Finally, it’s time to enjoy some downtime in America’s smallest state, Rhode Island. The all-American Weekapaug Inn overlooks the scenic shores of Quonochontaug Pond and offers quintessentially New England accommodation in the most serene setting.

The lives and times of ITV’s Beecham House

Those intrigued by Gurinder Chadha’s new six-part ITV series, Beecham House, and the depiction of an India on the cusp of the 19th century, will enjoy Scott Dunn’s bespoke itinerary of Delhi, Rajasthan and North India. Staying at the magnificent palaces acting as film locations in Jaipur, travellers will gain an insight into the fascinating real-life characters living at a time when the British and the French were fighting for control over India and the British in particular were seduced by the charms of India and its people, before the Raj era came into full swing. The setting for Beecham House itself has been created using two of Jaipur’s most exquisite palace hotels. The façade of the house is Narain Niwas Palace, while the rear of the house was filmed at Samode Bagh, a 250-year-old Mughal palace located just outside the city. Throughout the fascinating itinerary, Scott Dunn will also organise guided tours of Delhi following the life of the notorious Anglo-Indian mercenary, Colonel James Skinner. There is also the opportunity to visit Sardana in Uttar Pradesh, home to the legendary Begum Samru – a ‘nautch’ (dancing) girl who married a European mercenary and became the only Catholic ruler in India in the 18th and 19th century, leading her own troops into battle and demonstrating exceptional leadership abilities in this time of intrigue and subterfuge.

An eight-day tailor-made tour of Delhi, Agra and Jaipur starts from £3,919 per person; scottdunn.com

Retrace the footsteps of aristocrats

Downton Abbey enthusiasts can get a taste of aristocratic life, ‘Upstairs, Downstairs’ at The 18th century Palladian Holkham Hall. Built by Thomas Coke, the first Earl of Leicester, and recently named one of the 10 Treasure Houses of England, it’s set on one of the most beautiful stretches of north Norfolk coastline. For the perfect UK getaway, guests can stay on the estate, choosing from a collection of four historical lodges available to book through luxury holiday cottage rental agency, SALT. Just a short walk away, guests can enjoy all the attractions of Holkham Hall including the Hall itself along with the return of the estate’s exclusive ‘Behind the Scenes Tour’, every Wednesday until 30th October. Led by an expert guide, guests will explore the hidden passages and servants’ stairs, seeing where the Housekeeping, the Cook, the Butler and the Steward once ruled the roost and the bells, which summoned them on demand. With Downton Abbey fans in mind, this tour centres on the history of the estate and showcases the lives of both the aristocrats and servants, with the Old Servant’s Hall and Venetian Bedroom new additions for this year.

Like this? Check out these amazing sustainable hotels around the world