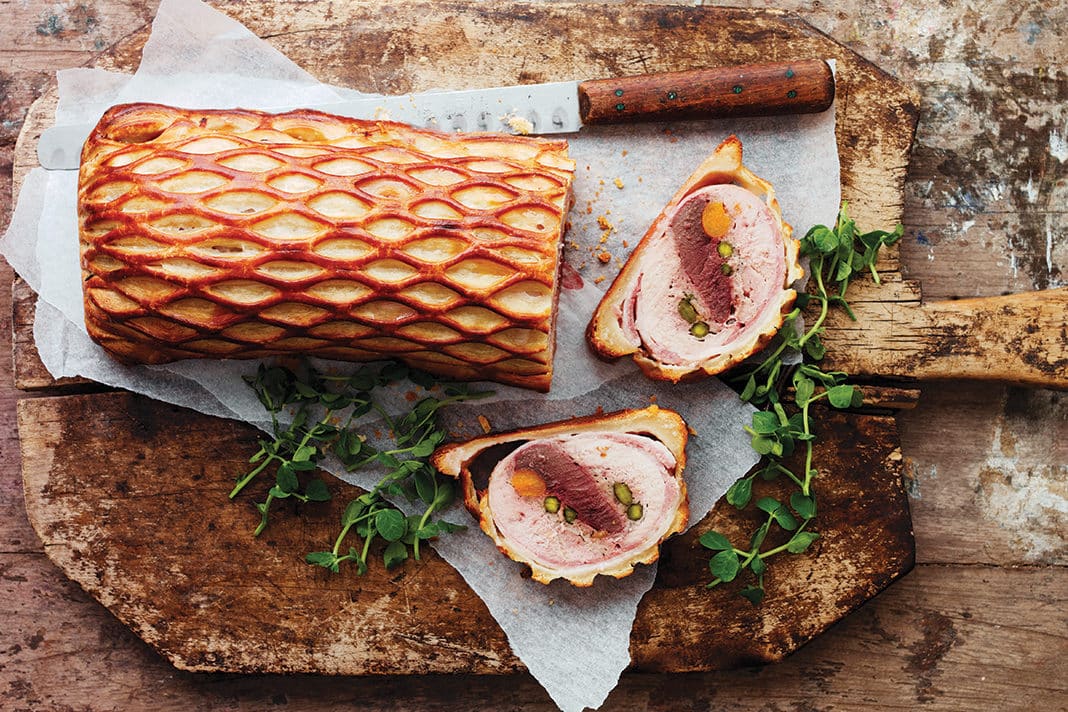 It’s game season and in the run up to British Game Week from 25 November-1 December, we’ve picked out some top recipes for cooking with game

Lay the bacon slices vertically on a large piece of clingfilm, so that they overlap slightly. Starting from the edge of the bacon, lay the three pheasant breasts horizontally on top, again, overlapping them slightly.

Divide the sausage meat in half. Put each half between two pieces of clingfilm and roll out until they’re the size of the three breasts.  Place one onto the pheasant breasts and sprinkle with half the pistachios and apricots. Then put the four pigeon breasts on top, followed by the second piece of sausage meat, and the rest of the pistachios and apricots.  Top it off with the four partridge breasts.

Heat the oil in a casserole over medium-high heat and brown the ducks well. This will take around 10-15 minutes – take time over this to really get a nice colour all over the ducks.  Place the ducks breast-side up in the casserole, pour over the orange juice and roast in the preheated oven for around 10 minutes. Cut the radicchio into quarters and snip the grapes into little bunches. Add the radicchio and grapes to the casserole and roast for a further 10 minutes, turning halfway through.  Check that the ducks are cooked by giving the breasts a gentle squeeze – they should be firm yet giving.

Carve the ducks and serve immediately with the radicchio and grapes with the juices drizzled over.

Serves 2 for lunch or 4 as a starter

Bring a small pan of water to the boil and add the soy sauce. Put the pheasant breasts into the liquid and turn down to a simmer. Poach for around 4 minutes until just cooked. Remove from the poaching liquid, drain in a sieve and keep to one side.

Put the peanuts and sesame seeds into a small frying pan and, on a very low heat, toast them gently, mixing them around from time to time so that they don’t catch. Keep an eye on them because they can burn easily. Once the peanuts are a light brown colour, put them into a bowl and save for later.

For the salad, top and tail the radishes and spring onions and finely slice them lengthways. Mix the watercress, bean sprouts, ginger and chilli in a shallow serving bowl, and season with salt and olive oil.

Put all the sauce ingredients into a small saucepan on a gentle heat, and warm through. Roughly chop the pheasant into bite-size pieces and put into the sauce to warm through. When warm, scatter the pheasant pieces and sauce onto the salad and then add the spring onions, chopped coriander and radishes on top. Finish by scattering the toasted peanuts and sesame seeds on top.

If you enjoyed this article, why not check out the best new restaurants in London?