Home What's On You Say You Want a Revolution? Records and Rebels 1966-70 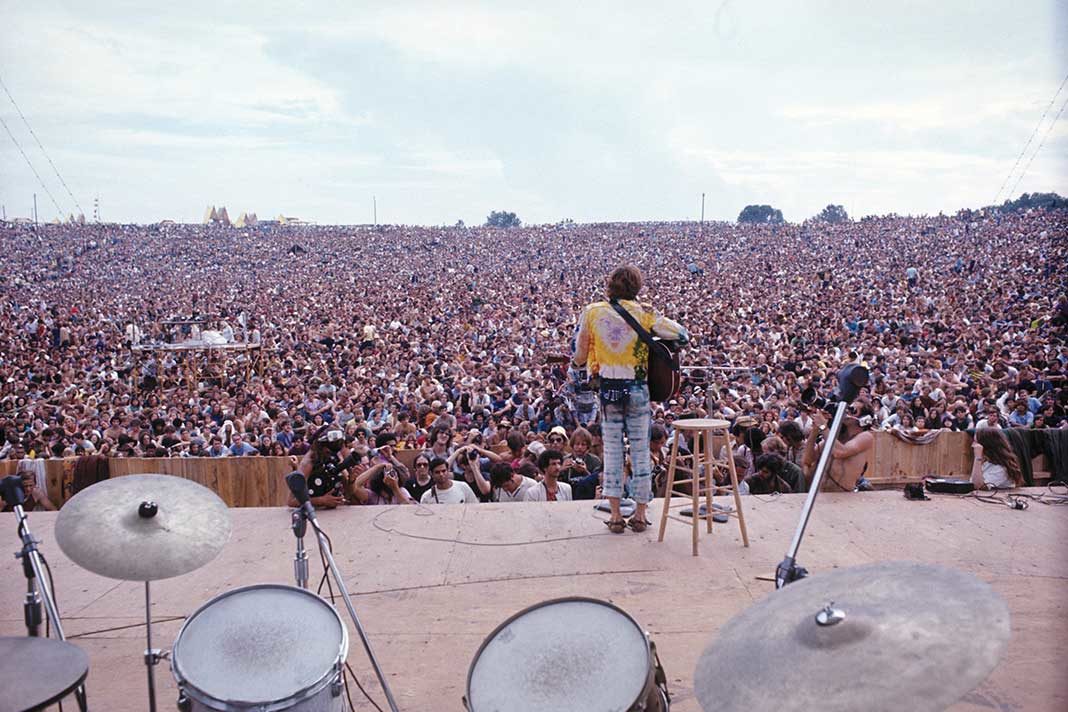 The V&A’s major new exhibition ‘You Say You Want a Revolution? Records and Rebels’ looks at the revolutionary years 1966-70 in culture, politics, fashion and music

Get ready to be taken back to the era that shaped the world as we know it. The V&A’s explosive new exhibition promises to be as daring and sensational as the people who dominate it. The exhibition, ‘You Say You Want a Revolution? Records and Rebels 1966-70′ will shed new light on the generation that radically revolutionised the social, cultural and intellectual norms of the 1960s.

“Everything from a Mary Quant skirt suit to the first Apple computer.”

Showcasing more than 350 objects, including some major international loans, Records and Rebels will be split into six sections to display everything from a Mary Quant skirt suit to the first Apple computer. Other highlights include underground magazines like the International Times, a moon rock on loan from NASA, original artworks by Richard Hamilton, shards from Jimi Hendrix’s guitar and the handwritten lyrics to Lucy in the Sky with Diamonds.

In creating the exhibition, the V&A has worked in partnership with iconic clothing brand Levi’s. Since their invention by Levi Strauss & Co. in 1873, jeans have become one of the most recognisable items of clothing in the world. The brand’s association with individuality and rebellion makes it the perfect partner. Director of the V&A, Martin Roth, said of the partnership: “The brand, which has such resonance with many of the cultural and social changes taking place during the period covered by the exhibition, is a very fitting sponsor”.

The V&A has also joined forces with Sennheiser, one of the world’s leading manufacturers of headphones, microphones and wireless transmission systems, to provide a completely immersive experience for visitors. Its audio guide system will immerse visitors in the sights and sounds of the late 1960s using a special system which adapts the music to the listener’s location in the gallery.

The exhibition opens with a recreation of Carnaby Street and focuses on the revolution in youth identity in 1966. The thriving fashion scene and rise of influential figures like Twiggy and Mick Jagger led companies to aim their designs towards the younger generation. As well as iconic outfits and stage costumes, photographs by David Bailey and artwork by Bridget Riley will also feature. The second section focuses on clubs and counterculture and explores themes of experimentation and alternative lifestyles. Drugs, psychedelia and pirate radio exhibits surround the central installation, an evocation of London’s notorious UFO club.

Politics is the focus of the third section, with the spotlight placed on the dramatic demonstrations in Paris during the 1968 student riots and the anti-Vietnam movement. Newsreel footage and protest propaganda are used to vividly portray the wide-spread reach of youth solidarity. This exhibition environment is followed by a section on consumerism, which boomed during the late 60s following the arrival of the credit card. Here visitors will explore the excess of the Montreal and Osaka World Expos and their futuristic approach to consumerism.

In the fifth section, the focal point will be the monumental Woodstock, which saw more than 400,000 people come together for four days of peace and music. The exhibition will goes behind the scenes to reveal the organisation behind the record-breaking event as well as showcasing some of the costumes worn by the iconic performers. The exhibition draws to a close with an exhibit on the spread of the British alternative culture to the West Coast of the USA. Living in conjunction with the pioneers of modern computing, exhibits like a rare Apple 1 computer are contrasted with the hedonistic sounds of The Mamas and Papas’ California Dreamin’.

As the world’s leading museum of art, design and performance with collections unrivalled in their scope and diversity, the V&A is the perfect setting for this vast and immersive exhibition. Prepare to experience the late 60s in their finest moments, as the revolutionary era that rocked the world.