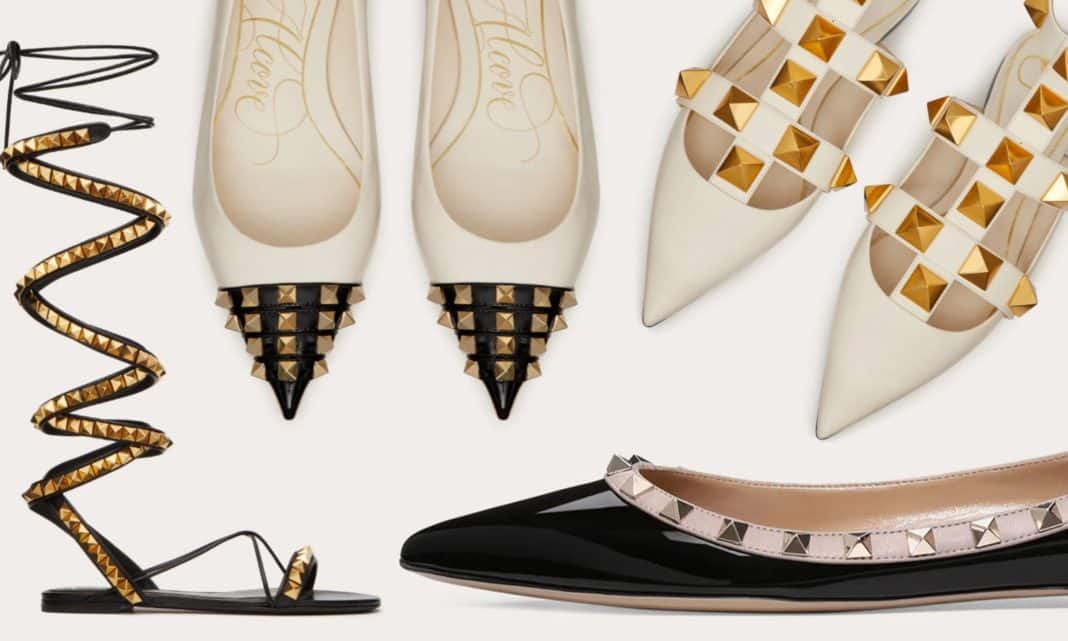 The Y2K aesthetic has been dominating the runway this year and some of the designer shoe trends for women that defined the 2000s have come back with a vengeance. The Valentino Garavani collection of designer shoes for women is no exception and Absolutely has rounded up our favourite nostalgic options that will be perfect for traipsing through European villages this summer. 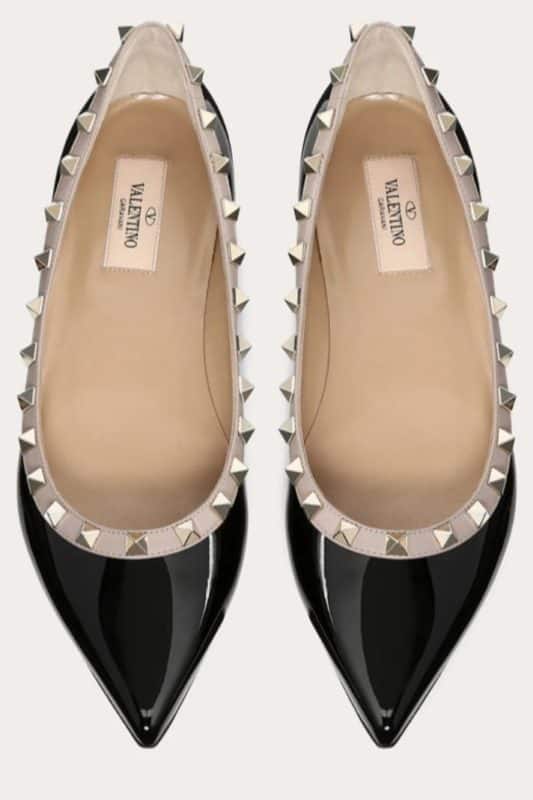 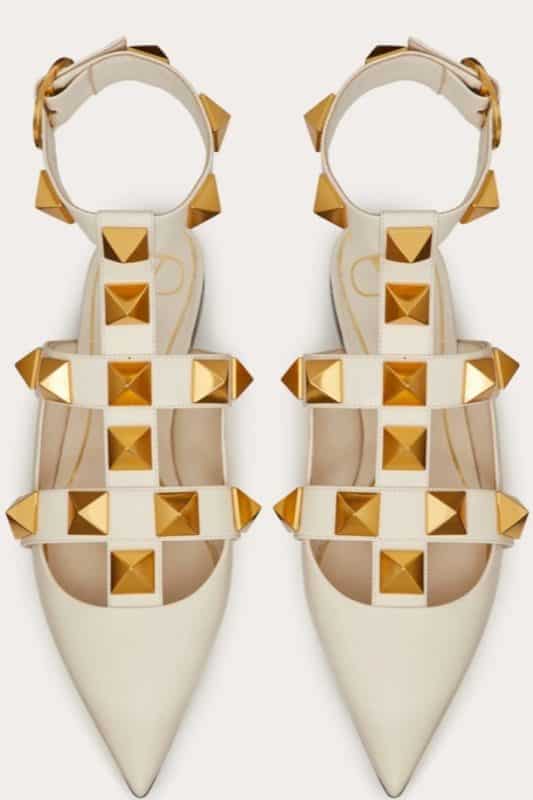 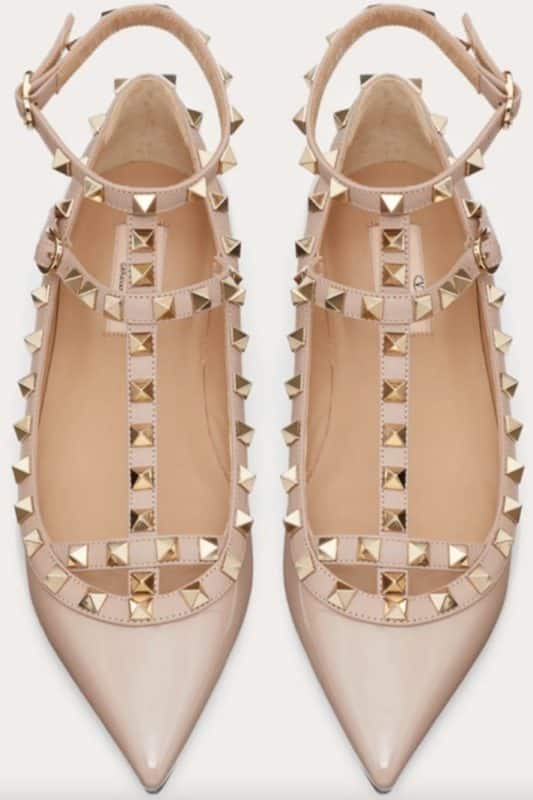 The humble ballet flat is set to make a triumphant return this season, much to the relief of
office workers everywhere. It was one of the staple styles of the 2000s and graced the feet
of numerous it-girls including Alexa Chung and Sienna Miller. A timelessly elegant shoe
that is equal parts stylish and functional, popular for its ability to transition effortlessly from a day behind your desk to after-work drinks. In 2022 Valentino Garavani released their own
refreshed take on this classic shoe: alongside the effortlessly chic, and more neutral pairs
available on the website, there are also some metallics and eye-popping brights if you’re
looking for a bit of extra sparkling. 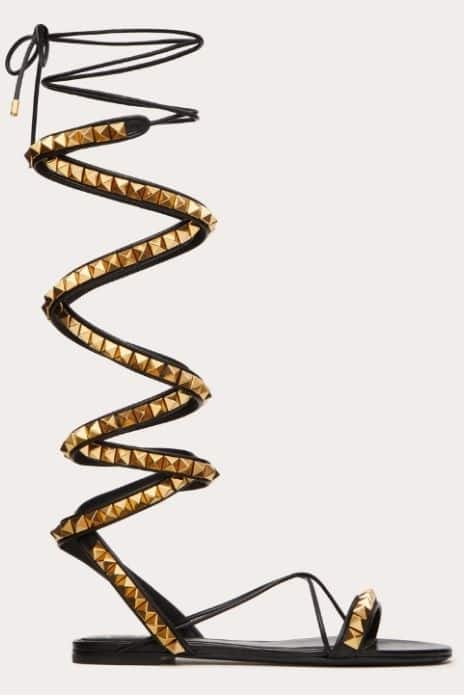 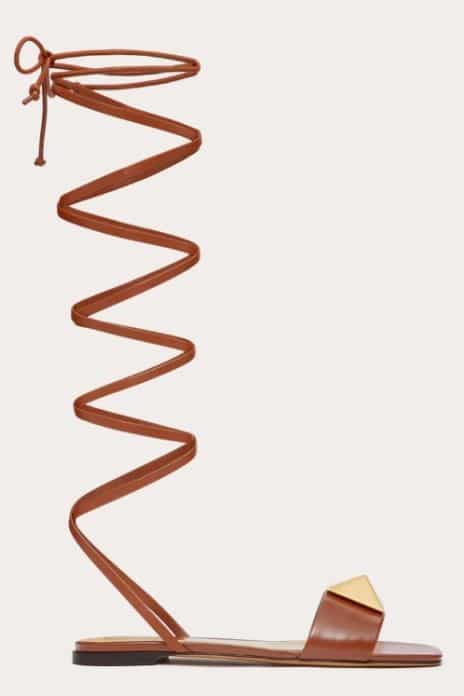 Footwear history has once again come full circle, as the Gladiator sandal makes its way
back onto runways in 2022. The strappy sandal was originally perfected by the Roman
Empire and disappeared from the fashion scene for over a thousand years. The neoclassical shoe made a major resurgence during the 2000s, where it ran rampant on the music-festival scene and dominated Tumblr feeds. It is surprisingly versatile for such a distinctive style and you don’t necessarily have to look like you’re about to step into battle when you wear them. The trend continues to evolve in 2022 as fashion houses release their interpretations of the ancient design, experimenting with a range of materials including silk, leather, linen and satin. This year you could forgo the original lace-up design and opt for a slightly simpler and more modern one from Valentino Garavani collection.

Flat platform sandals, commonly known as ‘flatforms’, are set to be the height of fashion this Summer. They were popular during the early 2000s and were often seen paired with a number of noughties trends, including the controversial low-rise jean. A surprisingly wearable style of shoe, the flatform is a great way of adding a little bit of height to your outfit, and one that won’t result in any broken ankles. Their ability to navigate cobblestones and seamlessly transition from day to night makes them the perfect shoe to pack for your next summer holiday. In 2022, the designs tend to be more understated than the styles that were popular twenty years ago and can be worn in many different ways. Despite being a fairly casual shoe, they can make a real statement, and the quilted and embellished options. from Valentino Garavani collection are an excellent example of a more sophisticated take on the laid-back trend.