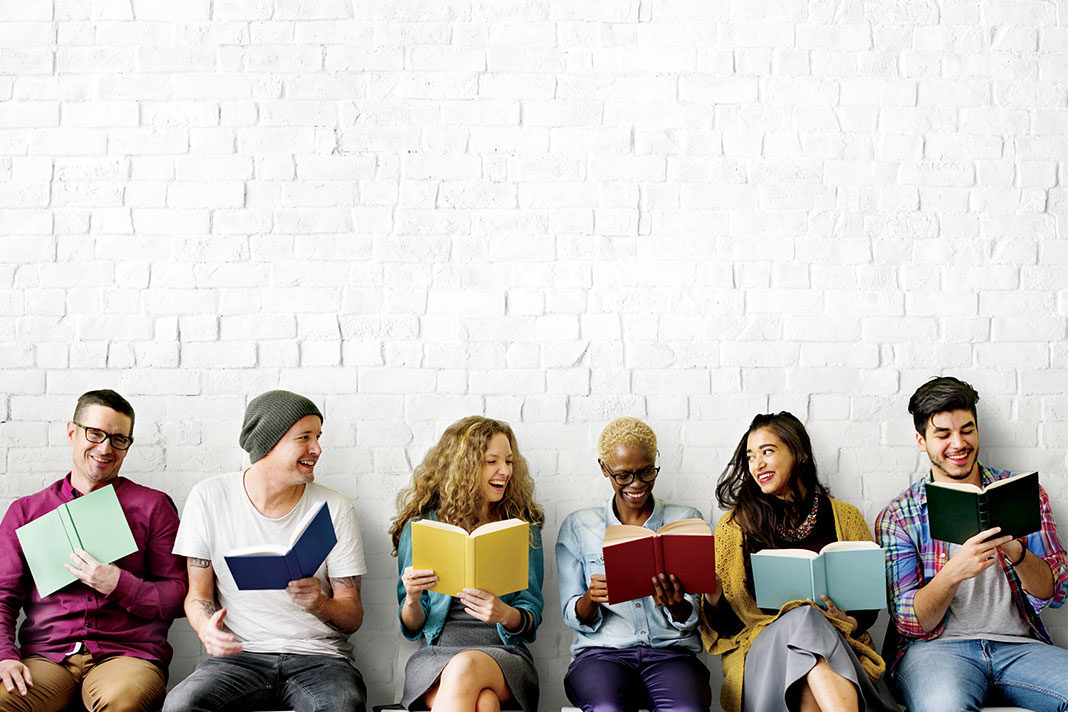 Broaden your cultural horizons at Wimbledon Bookfest, a one-stop-shop for literary lovers and readers…

Wimbledon Bookfest is a charity with a large volunteer input and a small team of core workers. It was founded in 2006 by Fiona Razvi and Tony Kane whose ambition was to develop the arts and cultural offering in the area. Each October, the SW19 neighbourhood welcomes the public event in a pop-up festival site on Wimbledon Common’s Baillie Gifford Big Tent and William Morris Tent. It hosts almost 100 events in its 10 day period and has grown from 1,000 visitors in its first year to over 15,000 with 7,000 school children enjoying the festival last year. Profits are ploughed back into the festival and its educational work with local schools. Central to BookFest is the desire to bring literature to the heart of the community and the community to the heart of literature.

This year the festival opens with multi-award winning novelist Ali Smith in conversation with BBC broadcaster Samira Ahmed. Ali’s novel ‘Autumn’ is the ‘Festival Reads’ title for 2017 and has been snapping at the successful heels of her previous reads, How to Be Both and Artful. Further headliners include best-selling novelists Salman Rushdie, AL Kennedy, Anthony Horowitz, Tracy Chevalier and bestselling author of Reasons to Stay Alive and five highly acclaimed novels for adults, including The Radleys and The Humans, Matt Haig. The film rights to Matt’s new book, How to Stop Time, have already been optioned with Benedict Cumberbatch attached to star. With Matt’s latest book sitting in the top ten for almost a year, not to mention his rapidly growing fan-base, this Wimbledon BookFest event is a must-see for all.

Fashion fans and aspiring journalists will be interested to hear Alexandra Shulman discussing her life in Vogue. A witty and candid diarist, she’ll be at the festival offering a fascinating insight into the strains and successes of being the longest serving editor-in-chief in Vogue’s rich history. Entertaining and informative, Alexandra’s book, Inside Vogue details her relationships with some of fashion’s most famous faces, from Kate Moss to Victoria Beckham, Karl Lagerfeld, David Bailey and Mario Testino. Elsewhere, entrepreneur Liz Earle – best known for her passion for natural health, wellbeing and beauty – will be taking a close look at the links between the gut and our physical and mental health. She’ll be at the festival sharing a practical programme to improve well-being from within.

But it’s not just for grown-ups. At the heart of this community-driven festival is the aim to spread a love of reading and writing – young and old, and so a hefty children’s schedule has been curated to do just that. Children’s Laureate Chris Riddell will be sharing stories from his vastly compelling career. Working with authors as varied as Quentin Blake, Michael Rosen and Russell Brand, Chris has done wonders to champion creativity and visual literacy. Get the little ones along to hear him celebrate the meditative pleasure of creating a drawing every day and encouraging everyone to get a pencil in their hand. There will also be a celebration of the work of playwright David Wood and jaw-dropping magic tricks from Matt Edmondson.

With such a varied line-up there really is something for everyone. Like in previous years, the multi-venue festival will this year build on its growing reputation as an event that embraces the arts in all its forms. Truly a one-stop shop for fans of reading, writing or those looking to broaden their cultural horizons, Wimbledon BookFest promises an exceptional day out in the SW19 neighbourhood.

Find out more at wimbledonbookfest.org

Cold Hands? You May Have Raynaud’s

Everything You Need to Know About Feng Shui

Abbie Schofield - 3rd March 2021
0
What can we do to create a positive environment in our homes? Celebrity Feng Shui expert Marites Allen shares her expertise on how to...