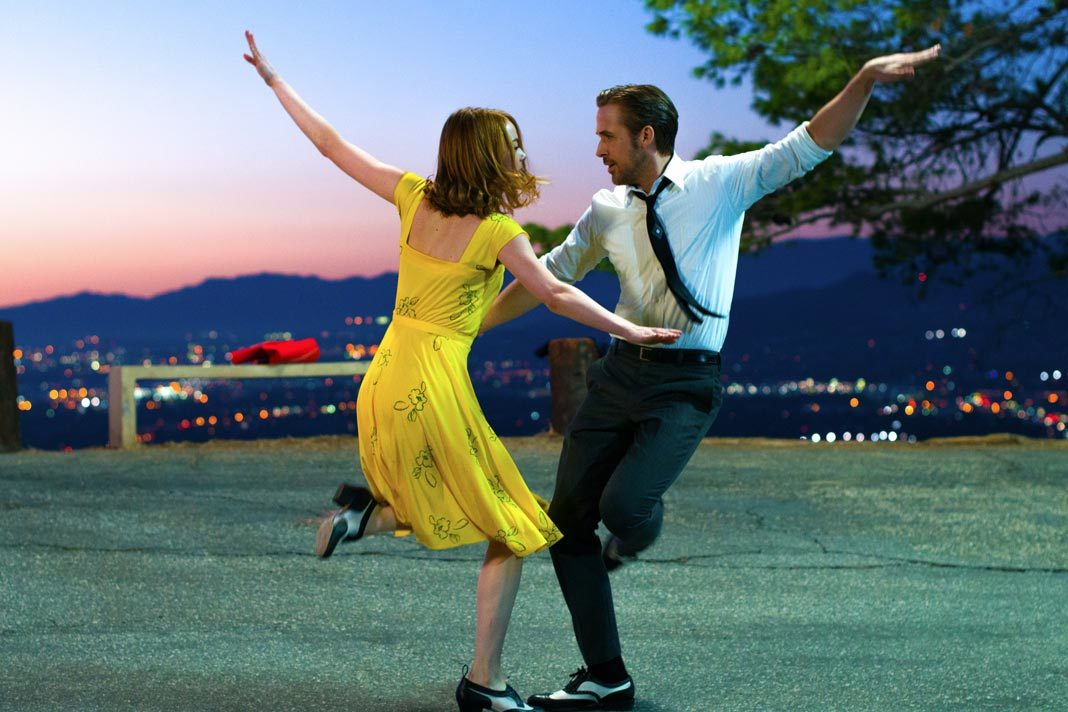 It’s already one of the coolest films of 2017 and Emma Stone’s Wardrobe in La La Land is so dreamy it’s all the inspiration we need for our next shopping spree. If only we could buy ourselves a Ryan Gosling, too…

If you haven’t yet seen La La Land, Damien Chazelle’s stunning modern-day musical starring Ryan Gosling and Emma Stone, then trust us when we say, it’s a must-see for both its dance numbers and a truly delightful wardrobe.

The film has already racked up awards at the Golden Globes and looks set to get some more at the upcoming Oscars. We’re not surprised. Following a pair of aspiring artists struggling to make a living in LA’s cut-throat entertainment industry, it’s a film that’s both nostalgic, modern, and well, utterly charming.

The same can be said for Emma Stone’s outfits in the film. Created by costume designer Mary Zophres, they’re as colourful as the cinematography itself – think slick pinstripe jackets, soft silk blouses and vibrant vintage-inspired dresses accessorised with brogues, retro heels and gemstone jewellery.

In one scene, Emma Stone’s Mia wears a rich royal blue dress, as she and three roommates dance in a desolate residential street at dusk. The blue pops against the sporadically-lit streets. In another scene, the one depicted in the film’s whimsical poster, Mia wears a canary yellow dress with hand-painted pattern detail as she and Sebastian (played by Gosling) dance with a purple and blue Los Angeles sky as their backdrop. Pretty much the whole setting is visual candy – sweet and appealing – and a few of the pieces from the film are even available to buy in the UK, most notably Stone’s black Jason Wu dress, Monique Pean necklace and Kurt Geiger sandals.

Shop some of the pieces from the film below and don’t miss it in cinemas. The dreamy wardrobe and Ryan Gosling are reason enough to see it.