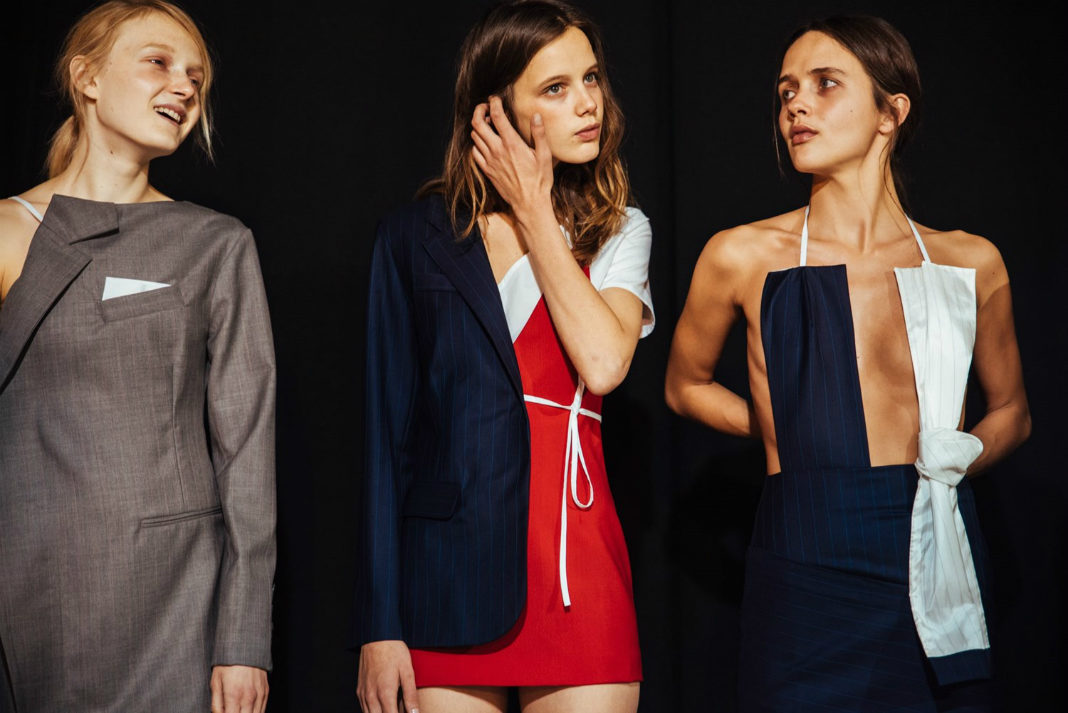 His show at Paris Fashion Week was a smash hit and he can count Rihanna, Solange and Leandra Medine among his celeb fans. Here’s what you need to know about designer Jacquemus – the man of the moment

Move over Tom Ford. There’s a hot new designer on the scene: Simon Porte AKA Jacquemus. Not only do we want to wear everything he creates, we has the kind of starry following that should make you sit up and take notice. Here’s what you need to know about the man of the moment.

1. Every fashion girl on the planet wants to wear the designer’s modernist take on tailoring with exaggerated proportions and a spot of colour blocking. Simon Porte’s latest collection for his label, Jacquemus, was a somewhat surreal take on French dressing and was a firm favourite during Paris Fashion Week.

2. He’s like Cinderella in a male version of a rags-to-riches story. He grew up on a farm in the south of France then moved to Paris in 2009 as a self-taught designer at the age of 18. With no links to high fashion and while working at Comme des Garcons, he set up Jacquemus, building contacts one Facebook direct message at a time. Now his business is worth €5m (£4.5m).

3. The brand is named after his mother’s maiden name.

4. He was nominated for the LVMH Prize for Young Fashion Designers before being beaten by the young Brits, Marques’ Almeida.

5. His Instagram is seriously impressive. The designer loves to post the same image three times making for very pleasing pixels and creating a holy trinity of Instagram proportions in the process.

6. His brand is so hot right now that, according to NET-A-PORTER, it instantly sells out when it lands on-site. His most popular styles are the wrap-effect pinstriped wool-pique mini dress, the one-shoulder striped cotton poplin and ribbed-knit top.

7. Rihanna gave him the ultimate celebrity endorsement when she wore his striped high-waisted trouser and open shirt combo to meet with Prince Harry last week.