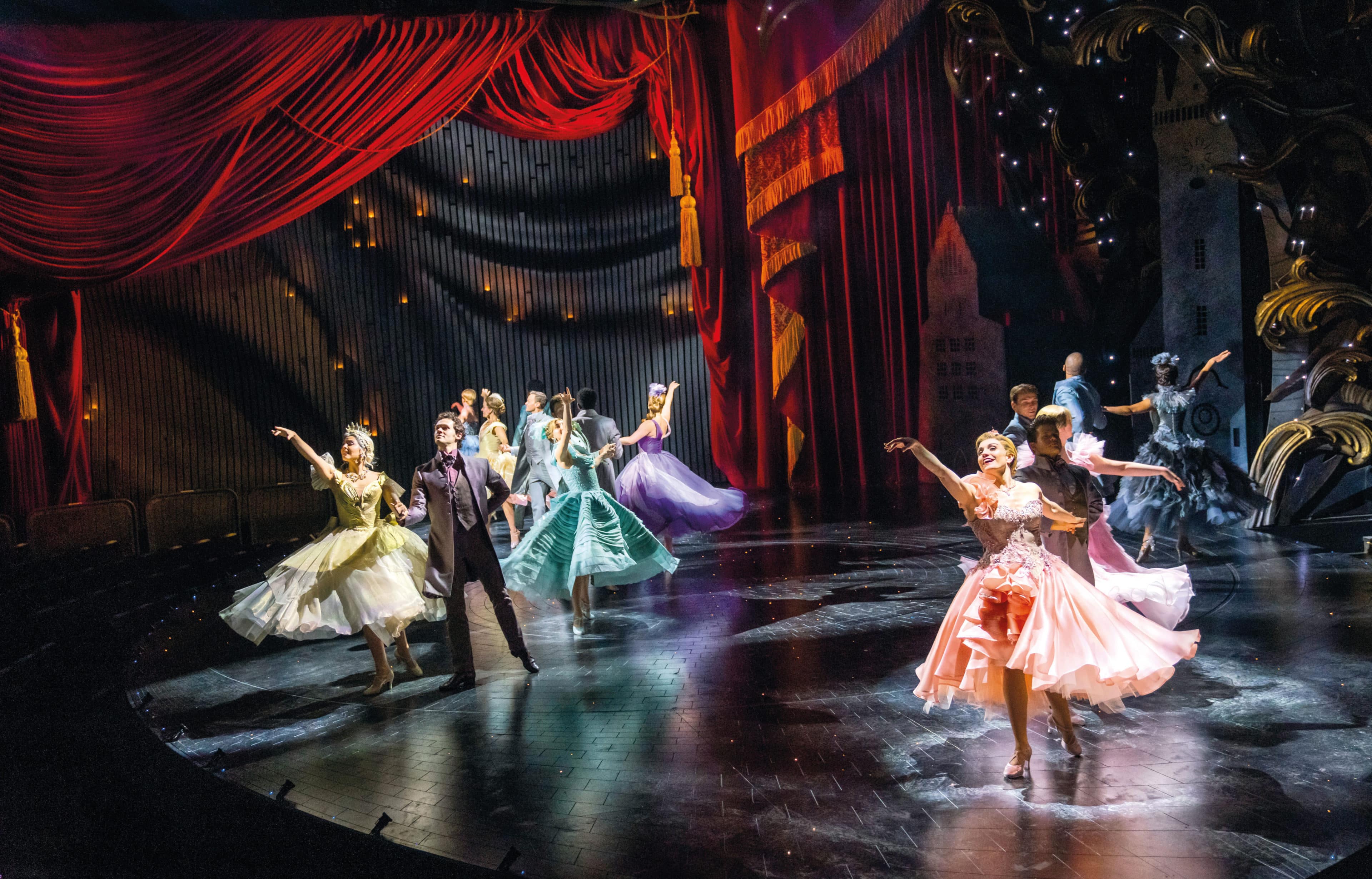 Andrew Lloyd Webber’s much anticipated new musical comedy Cinderella opened this summer at the Gillian Lynne Theatre to standing ovations from the public and 5-star reviews from the critics. The Daily Telegraph hailed it ‘a riotous fun rom-com’ while the Financial Times believed it to have ‘all the sweep, soar and swell of an Andrew Lloyd Webber musical with a large dose of sass’.

The show features an original story and book by 2021 Oscar® winner Emerald Fennell (Promising Young Woman and one of the most talked-about TV shows of recent times, Killing Eve), with lyrics by Tony & Olivier award winner David Zippel, who wrote the acclaimed City of Angels.

Alan Yentob recently commented on BBC News that it was ‘like no version I have ever seen… a Cinderella for our times’, while BBC Radio 4’s Front Row believed it to be Andrew Lloyd Webber’s best musical for a long time. They felt it to be enormous fun, witty and clever with some very sharp writing. 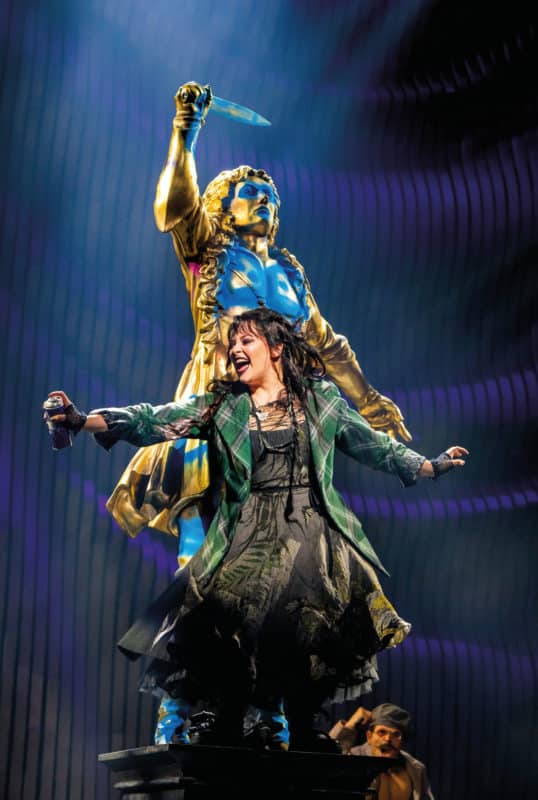 The show’s album became the number one original concept album on the Official Chart this summer. It was produced and recorded before the stage debut, in what was an extraordinary year.

The story by Emerald Fennell

Emerald Fennell takes us into the world of Belleville, the most aggressively picturesque town in the history of the world, populated exclusively with gorgeous townsfolk who stop at nothing to achieve perfection. Belleville is fairy tale come to life: a place where you can’t move without falling over a wishing well or a quivering milkmaid. Maintaining this façade is a full time job, and one that is taken very seriously indeed.

The only person steadfastly refusing to live in the fairy tale is Cinderella, loud-mouthed, dripping with disdain, and more likely to roast Hansel and Gretel for dinner than play the demure and downtrodden maid. Cinderella is desperate to escape. But underneath it all, the loneliness that comes with being the town pariah is wearing on her.

It doesn’t help that her only friend, Prince Sebastian, has suddenly become heir to the throne after the mysterious disappearance of his elder brother, sex god and charisma machine, Prince Charming. Suddenly thrust into the spotlight, the formerly shy and somewhat-less-sex-goddish Sebastian seems to be quickly growing into his brother’s enormous britches, and out of his friendship with Cinderella. But this change of circumstances also introduces something else to the relationship, a new spark which neither of them quite knows what to do with. Could it be that these two old friends mean more to one another than they are willing to let on?

After a devastating PR disaster for Belleville, and with the threat of the guillotine on the horizon, the Queen decides that the only thing to save the town (and her pretty neck) is a Royal Wedding: something colourful and distracting so the peasants don’t get too revolution-y.

All looks lost for the blossoming romance, until Cinderella meets The Godmother, who can fix any problem with a little incision and a couple of broken ribs. Maybe the answer lies where Cinderella has been refusing to look: in becoming the identikit beauty that everyone has always told her to be.

Cinderella is booking at the Gillian Lynne Theatre until 22 May 2022.

Protected: A Different Kind Of Horse Power At Goodwood

Mark Kebble - 3rd December 2021
0
Absolutely visits the Classical Riding Academy in Goodwood to see how founder Natasha Olivant has created something a little different Perhaps better known as the...

Protected: Why It’s Worth Investing In Luxury Fashion

Mark Kebble - 2nd December 2021
0
Here’s why we should start investing in staple pieces, rather than the disposable The thought of spending more than £100 on an item of clothing...

Cin Cin – A new home in the west end for this Italian that...

Efe - 30th November 2021
0
My first experience of Cin Cin was many years ago when I stumbled across them at a friend’s wedding in the west end. They...

From Their Walls To Yours: Arkley Fine Art

Mark Kebble - 30th November 2021
0
Arkley Fine Art has been wowing culture lovers in Hertfordshire since 2017 – and now you have the chance to enjoy their featured artists...

ellie-mae hammond - 30th November 2021
0
Rare Champagne transforms the obstacles of nature and glorifies the personality of an exceptional year -singular, unexpected, or wayward into an unrivalled vintage.   True to...