Home Food Bars & Pubs Where To Watch The Euros In London 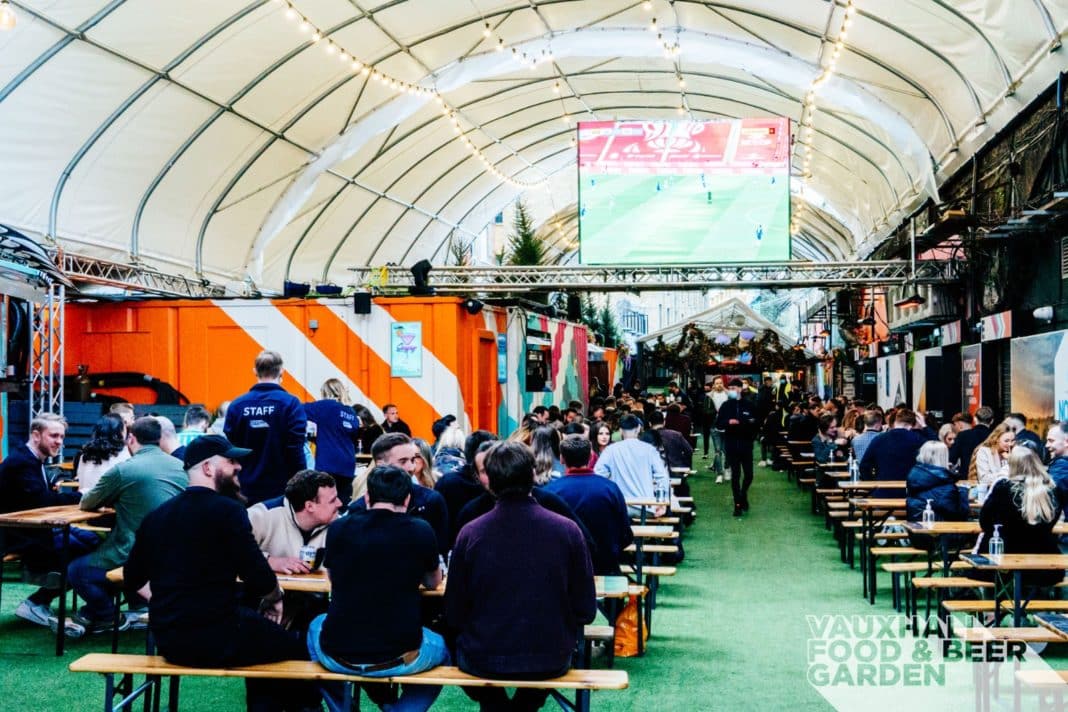 Where To Watch The Euros In London

Here’s a roundup of where to watch the UEFA European Championships in London.

Top London Spots To Take In The Euros 2021

Love a beer garden and a sports bar? Well, so do we, and right in time for the euros, here’s where to watch the footie around London town #itscominghome.

Sitting below the train arches of Vauxhall is London’s biggest outdoor beer garden. Expect plenty of sporty hustle and bustle, along with live showings of the Euro’s on three massive LED screens, complete with craft beers, cocktails, and street food from around the world, making it ideal for footie and foodie enthusiasts.

A good old Victorian pub in Maida Vale, it has been loved since 1856. It’s near the canals of Little Venice and conveniently close to Warwick Avenue tube station making access easy, and not only does this classic establishment offer delicious food and gins for summer, it’s also showing the Euro’s (and we recommending combing all three for the best day).

Situated in the City’s Bloomberg Arcade, Brigadiers takes influence from the army mess bars of India. A well-known lively sports bar in the heart of the City, watch the game whilst tucking into Indian BBQ, whiskey, beers, and cocktails. It couldn’t get any better.

No matter the weather Signature Brew has you covered. There’s a huge cinema screen indoors as well as an equally large outdoor screen in the yard if the sun holds out, along with bookable tables but be quick while there’s still availability. Watch the footie and enjoy a craft beer for which they’re known, from the Roadie to the Nightliner.

For those committed bunch who want to make a day of it Bounce in Farringdon has a huge TV screen (complete with the sound up high) along with bottomless pizza and bottomless beer that just keeps on comin’ from kick off and throughout the duration of the game. There’s both indoor and a new outdoor seating area. The all-in package comes in at £45 per person and you’ll need to pre-book to guarantee your spot. Note the closest tube station is Chancery Lane (exit 2) and not Holborn (if you go there, you’ll miss out on valuable drinking time!)

Layla Turner - 15th October 2021
0
Ash Blonde Is The Must Have Shade This Autumn  I ventured to the award-winning Gusto Hairdressing on Wigmore Street to try the trend for myself.  By...

Protected: The Ocean At The End Of The Lane at the West End

Layla Turner - 13th October 2021
0
Dive into an unmissable tale of magic, memory and friendship this autumn. Theatre lovers will presumably have  been immersing themselves in all things show biz...