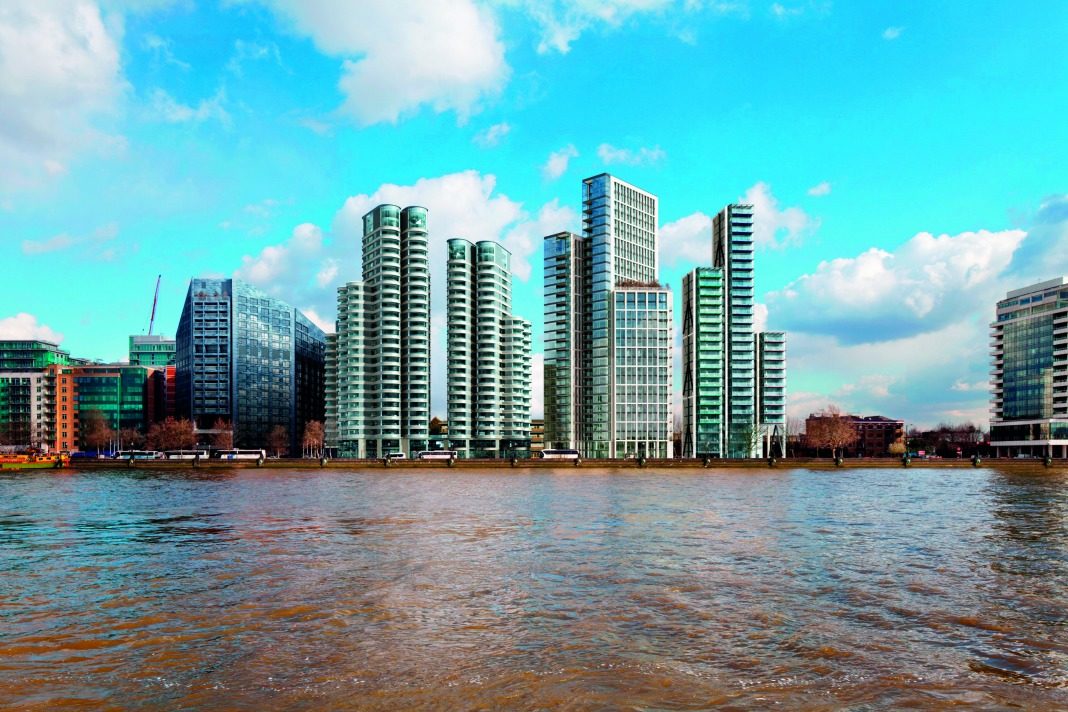 An increasing number of relatively young ‘pre-retirees’ with small or no mortgages are selling up their houses and moving into urban flats. Nigel Lewis finds out why

If you are in your 50s, approaching retirement and living in a large house long emptied of dependent offspring, you may be thinking about downsizing. It’s a trend that has been gaining momentum recently due to an assortment of social, financial and family factors. These have conspired to persuade parents to use their equity to help children on or further up the property ladder.

According to research by Savills, across the UK two-thirds of all housing wealth is tied in homes owned by retirees. Approximately 55,000 people downsize each year, releasing equity of some £7 billion.

In London, this equity comes in very handy. The capital’s shockingly high average price for first-time buyers is currently running at £462,600 according to eMoov. This means even relatively well-paid professional couples in London struggle to get on the ladder.  This has created a two-tier trend of downsizing among their equity-rich parents. They’ve realising that the large unmortgaged houses they live are one way to help their children out.   These downsizers fall into two categories – those moving from the country to the bright lights, and those living in London.

Those moving in from outside number approximately 14,000 people every year, according to exclusive research carried out for Absolutely London magazines by Hamptons International.  It also says that the most popular outer boroughs among inbound 50-somethings are Richmond, Croydon, Havering, Bromley, Sutton and Bexley. The most sought-after inner boroughs are Kensington and Chelsea, and Westminster. ”London has long been a magnet for the young, in the last three years the number of over 50s moving to the capital has risen 9%,” says David Fell, a research analyst at Hamptons International. 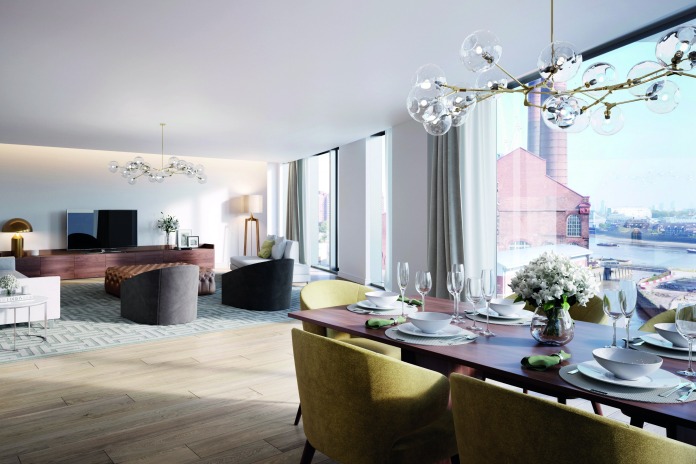 “The majority end up in Outer London, with two-thirds of over 50s ending up in the 20 outer boroughs.  “For most, the move is the first time they’ve lived in London. However, there’s also a large minority who are returning to the capital after a 20 or 30-year absence to live closer to their own children.”  David says that over the next few years the number of over 50s moving into London is set to increase. This is due to London’s cooling house prices shrinking the price gap between the capital and the UK.

He says an increasing number of outer London developments are therefore now being marketed at older buyers as “house builders look to capture a slice of the growing grey-pound.”

But not everyone is inbound from the sticks. Many older London homeowners are downsizing to release equity for their children or pension, as well as to be nearer to their children.
Developer St James puts some astonishing figures on this emerging market. It reckons that there are nearly half a million over-55s living in Greater London who own houses with three beds or more. “Many older buyers are looking to make a move from the suburbs to the city. They’ll downsize to a new home in a central, well-connected location without compromising on design,” says Sean Ellis, Chairman of St James.

“Private developments are well-suited to fulfill the lifestyle needs of retirees. As such more are taking advantage of the broader choice on offer.

“Albert Embankment offers high quality, thoughtfully-designed homes with leisure amenities, 24 hour concierge and security. All of these provide a backdrop of globally recognisable views across Houses of Parliament and the London Eye.” 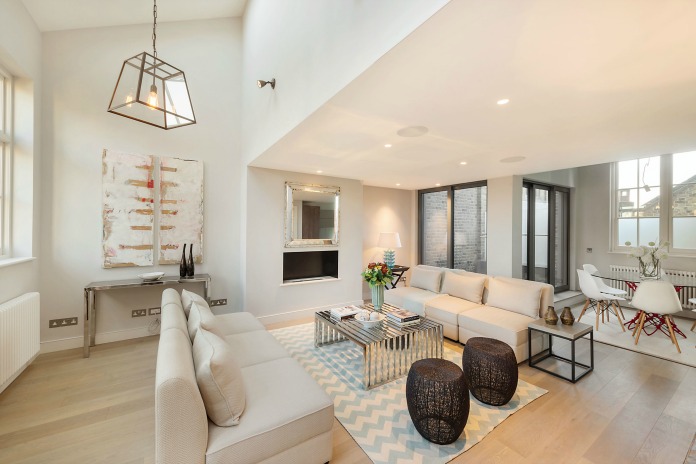 Another location where downsizers are at centre stage is Muswell Hill, where developer Hill is building Woodside Square. The development offers 161 one, two and three bedroom apartments, 70% of which are available exclusively to over 55s. Prices start at £760,000.  “We’ve had a lot of interest at Woodside Square from people who live close by and want to downsize. We’re also seeing those who live in the suburbs wanting to be closer to their family and friends,” says Tony Woodman, sales director at Hill. “Downsizers’ needs are quite different to those of other buyers as they want an easy to manage, low-maintenance home.

“Their focus is on quality, a community atmosphere and location, which is what we aim to provide.  “At Woodside Square, we’ve designed the apartments around communal gardens where residents can mingle. The full-time concierge on site has also proved popular. Our furnished guest suite is ideal for residents with family members who wish to stay overnight.”

One word developers mention less often these days is retirement. It’s a concept that in London is less fashionable, partly because many over 55s don’t see themselves as retired. The Department of Work and Pensions found that only 17% of those over 50 were planning to stop work completely. 39% thought to work flexibly or part time would be the best way to retire.

One of the few developments that does pitch itself as a ‘retirement’ one is Chelsea Island. James Taylor, sales director at Hadley Property Group says that the desire to downsize “is perhaps the biggest trend we see with retirees”.  “At Chelsea Island, we’ve noticed strong interest from the over 60s who are keen to have the best of both words: the dynamic city lifestyle in a contemporary apartment. 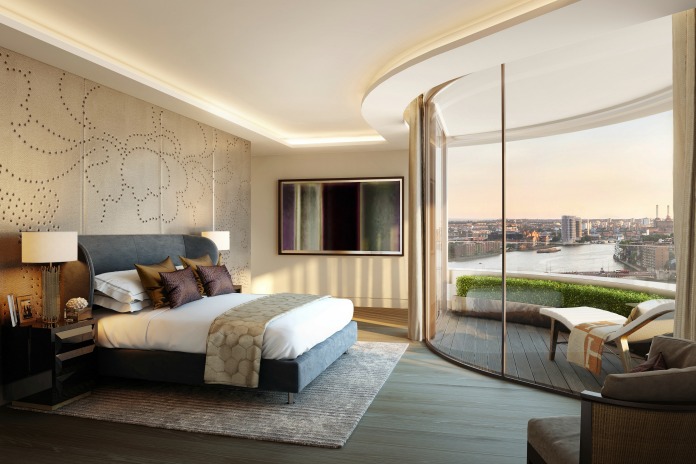 “This trend is particularly noticeable with families in the suburbs, where the children have now flown the nest. The parents are left with a substantial home and high maintenance garden to take care of.

“Hassle-free living has huge appeal in this case, especially for those looking to enjoy their new-found leisure time.” Another development where over-55-year-olds are knocking at the showroom door is Charles Baker Place in Bellevue Village by Wandsworth.  You might that that its assortment of houses, mews homes and cottages starting at £1.295 million would put off retirees, but Nick Heritage of Chester Row says not. He seen downsizers from the area selling their large homes but staying nearby because their children live there.

“Unfortunately, divorce is also a factor for 50-somethings. They sell up to both move into smaller homes, which is an additional form of downsizing,” he says. “Our development is proving popular with downsizers because it’s an attractive area close to the common. Also, six of the properties don’t have gardens and feature terraces instead, which many downsizers want.” And the world of downsizing comes full circle quite often, too. Nick says his customers want a property large enough to fit their children and grandchildren into.