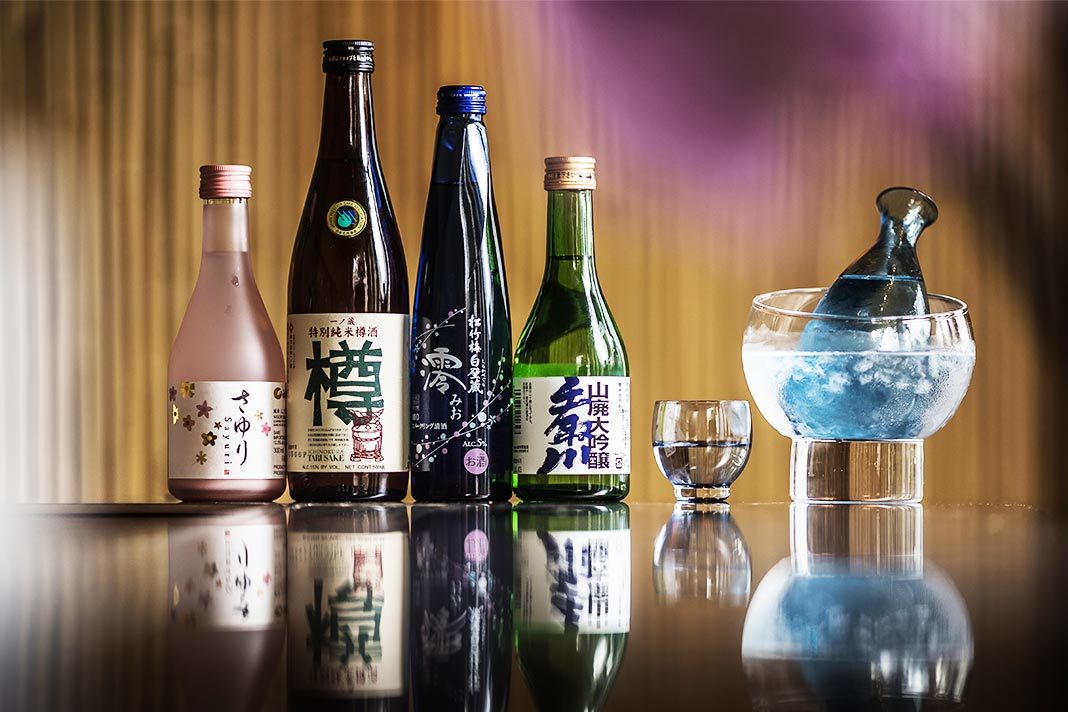 Japanese food has long been a gastronomic trend tickling London tastebuds and one we feel fairly confident with.  It should come as no surprise then, that with the rise in sushi shops and ramen bars comes a whole new exotic world of drink to discover. Exports of sake are higher than ever, and given its prestigious reputation as ‘the drink of the gods,’ it’s no wonder so many of us are jumping on this rice wine wagon.

So what exactly is it?
Sake is made from fermented rice and produced in more or less every Japanese prefecture through a method not too dissimilar to beer craft. Undiluted sake is around 20 per cent ABV, however as it is brewed like a beer, should be treated as a wine rather than a spirit. Personal preferences vary – even sparkling varieties are steadily growing in popularity amongst fizz fans – but it is widely conceded that sake should be sipped cold from a wine glass. Unlike wine however, sake does not grow old gracefully and should not be left to mature. A one year age limit is suggested.

The best bit about our new favourite drink?
Sake is made from just four ingredients – rice, water, yeast and koji (malted rice). It contains none of the nasty tannins, acidity and sulfites that are the making of that dreaded hangover from wine. We’re sold.


Fancy trying it? Scroll down to see five of the best places to drink sake in the city…

Jason Atherton’s 7 Tales is the destination bar at acclaimed Japanese restaurant Sosharu. Designed to capture the buzz of Tokyo after dark with a tantalising mix of neon lights, hip hop beats and vending machines. Drinks may look simple but they are deceptively innovative in flavour. The sake menu is abundant; warm, cold and sparkling varieties are available as well as some of the City’s slickest cocktails.

Sakagura should be a first port of call for anyone looking to dip their  toe into the Japanese waters of this trendy tipple.  The name means “sake cellar” and it’s appropriately run by a sake seller – Gekkeikan – and two Michelin Star sushi restaurant, The Araki. The venue is classically Japanese in its décor – think black and bare wood, intimate dining booths and a wooden ceiling – and has a dedicated sake bar. Below in the sake cellar guests can sit around the 11-seater counter to watch the chefs at work.

One of the swankiest of the bunch, Zuma takes it sake seriously. This glamorous Knightsbridge restaurant is one of the best places to try sake in a cocktail. The Rubabu for example, takes rhubarb infused daiginjo sake shaken with cape north vodka and fresh passion fruit. It’s a favourite among the masses. Those who align with more of a Purist disposition will delight in the impressive 40 varieties of sake that are also available neat, and by the glass.

Shoryu Ramen is a Japanese restaurant in Soho with over 80 varieties of sake on offer, ranging from reasonably priced to a £200-a-pop connoisseurs bottle. Cocktails are also available as well as an incredibly tantalising ramen menu that will sort you out should all that sake make your head swim.

For modern authentic Japanese dining in the heart of Mayfair look no further than Sake no Hana. Interiors are beautifully designed by esteemed japanese architect Kengo Kuma and are awash with bamboo and cypress wood to give the feel of a futuristic forest. For serious sake buffs, Sake no Hana run a sake masterclass in the ground floor bar. Each session offers an introduction to the history of Japan’s national drink, with a focus on how and when to drink it. Guests will try seven sakes and one umeshu, a traditional Japanese plum wine, followed by lunch. They will also receive a bottle of sake and a kikichoko ‘snake eye’ sake cup on departure so the sake party can continue at home!