Home Food Where to Celebrate Thanksgiving in London 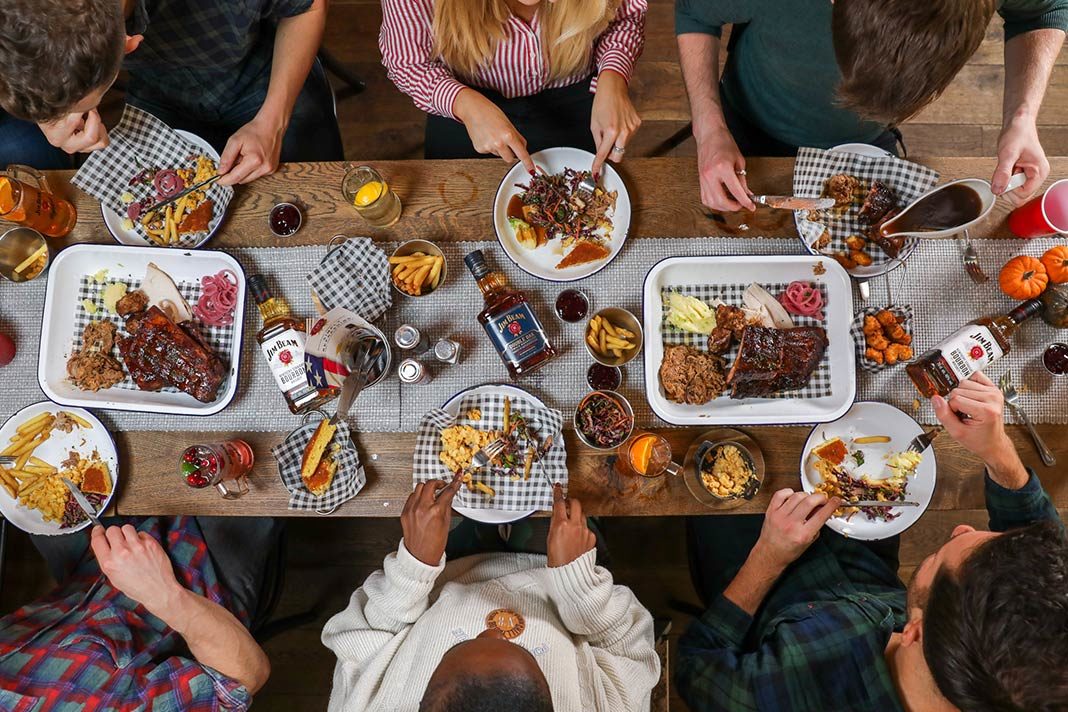 Our friends from across the pond are celebrating, so we will too. Here we’ve rounded up the hottest spots for celebrating Thanksgiving in London

Top spots for Thanksgiving in London 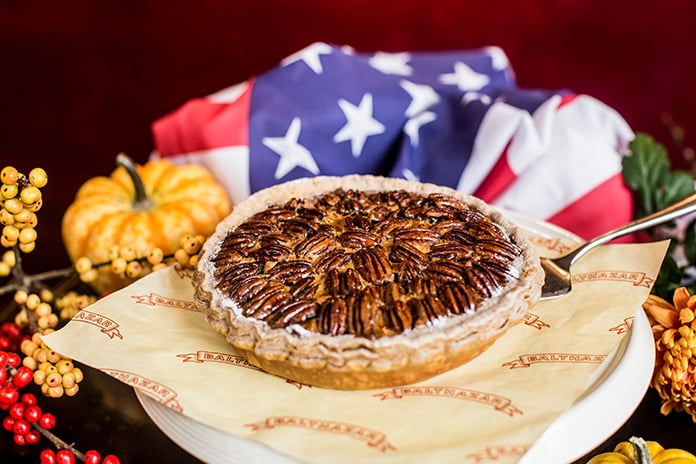 This year, Balthazar London will be giving thanks and celebrating with a lavish three-course dinner featuring all the American Thanksgiving classics. Highlights include a spiced butternut squash soup, traditional turkey roast and pecan pie. Wash it all down with a gorgeous gingerbread fizz cocktail. 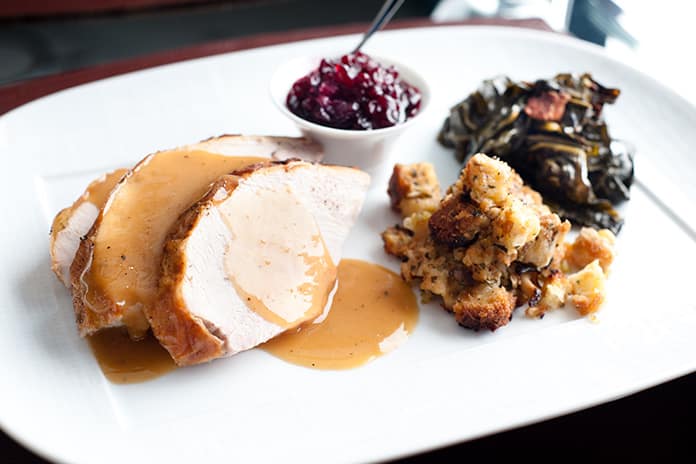 Guests to 45 Park Lane can celebrate Thanksgiving at the hotel’s modern American restaurant, CUT. For £55 you can enjoy the famous CUTcakes and tea which has been given a special Thanksgiving twist. Or, go all out for £110 with a delicious three-course meal including traditional holiday fare with all the trimmings and popular Thanksgiving desserts like pumpkin cheesecake and pecan pie. 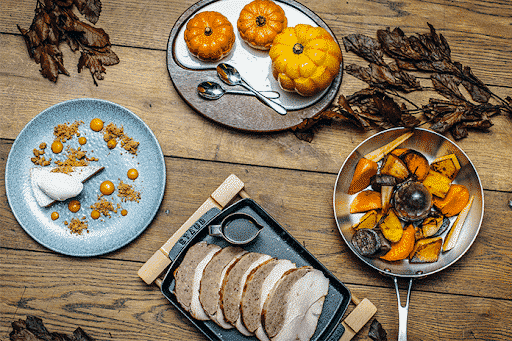 To celebrate America’s biggest holiday and the hotel’s US heritage, the Mondrian London is putting on a Thanksgiving feast at its seaside restaurant, Sea Containers. For £45, two people can share a full roasted Herefordshire turkey with all the trimmings including pork stuffing, root vegetables, cranberry compote and turkey gravy. 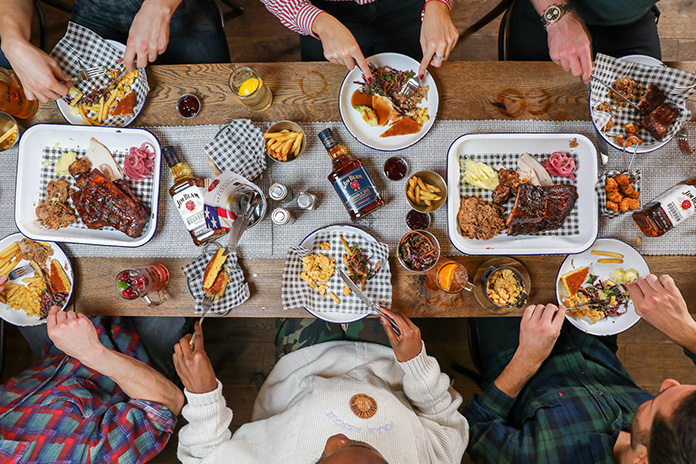 Jim Beam, the world’s No. 1 bourbon, has joined forces with Porky’s BBQ to bring a taste of the Deep South to Thanksgiving in London. Highlights from the menu include popcorn chicken and a Porky’s X Jim Beam BBQ sauce, smoked turkey, pulled pork stuffing and green onion mash with Jim Beam cranberry highball sauce and a devilishly indulgent bourbon chocolate brownie with ice cream and caramel sauce. It’s not a Jim Beam party without some fabulous drinks so an array of festive cranberry, maple and Old Fashioned highball cocktails will be served alongside the all-American feast, and to make things even better, one diner in each pair will eat for free. 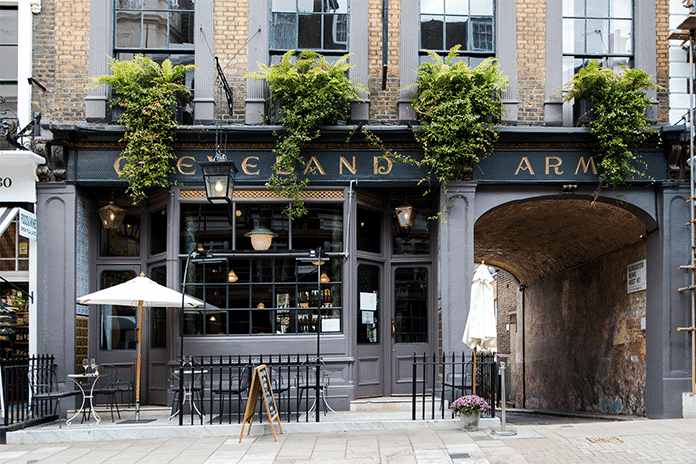 This west London pub has gone all out for Thanksgiving with a specially-curated menu. Expect to dine on the very best of the season’s produce with the likes of sage roast turkey with sausage chestnut stuffing and gravy, and comice pear, Stichelton cheese and pecan nuts.

The Hero Of Maida 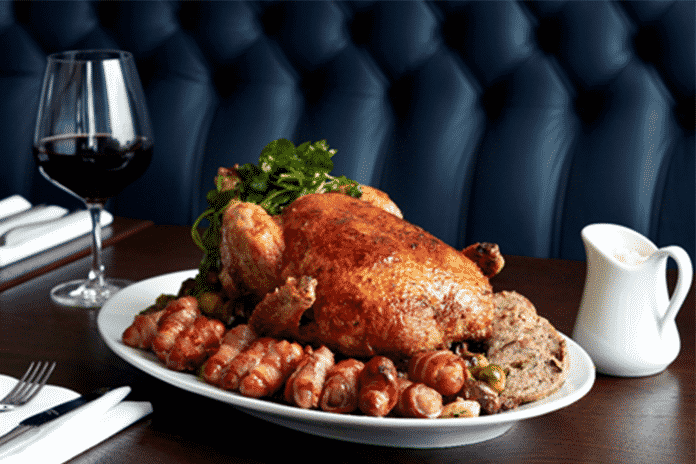 Henry Harris, the critically-acclaimed chef director of The Hero of Maida has created a menu filled with all the classic trappings of a real American Thanksgiving dinner. Guests will have the option to choose from a classic array of starters such as endive and duck confit salad with Roquefort dressing, or devilled prawns with garlic butter croutons. The main event comes in the form of a locally-sourced turkey with all the trimmings – homemade stuffing, cranberry sauce and mashed or sweet potatoes. 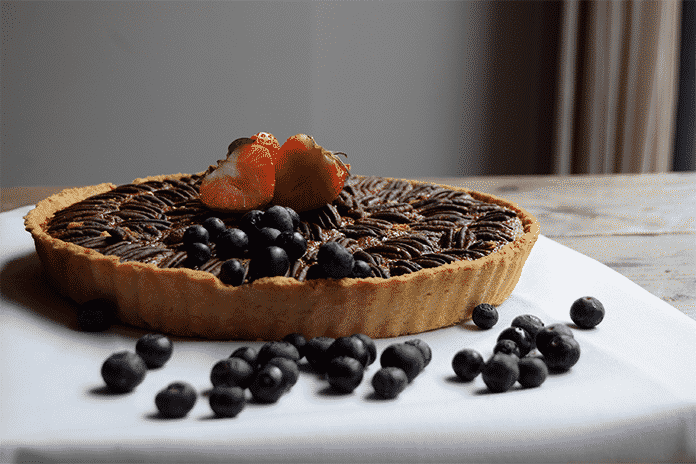 This year, Londoners can celebrate Thanksgiving at either of the Jones Family restaurants. Festivities at both the Jones Family Project in Shoreditch and the Jones Family Kitchen in Eccleston Yards take the form of creative cocktail pairings inspired by iconic US musicians and harvest fruits. Guests can also indulge in classic Thanksgiving dishes and a seasonal pie off for dessert. 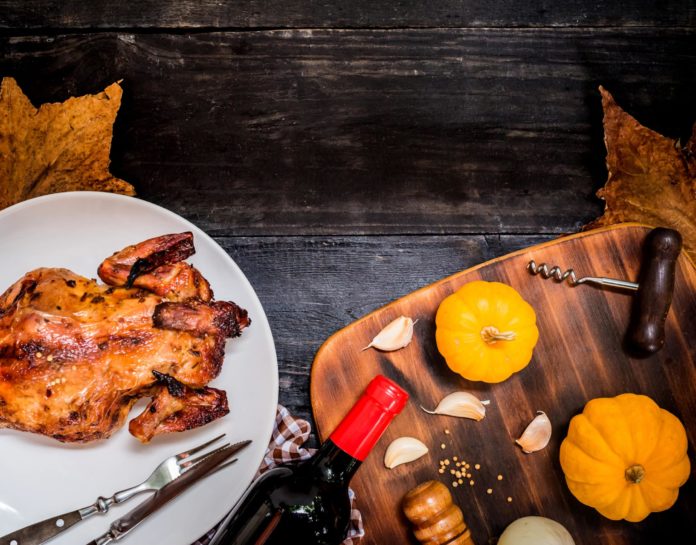 Enjoy Thanksgiving in the newly redesigned restaurant attached to the iconic Brown’s hotel. At £50 per person, Beck at Brown’s offers a curated three-course menu utilising the very best of the season’s produce, combining the refinery of Italian cuisine with the quality of British ingredients. The three-course meal kicks off with a pumpkin soup with cinnamon and woodland mushrooms, followed by a traditional free-range roast turkey with cornbread stuffing, sweet potato mash, autumn greens and cranberry sauce. Sweet teeth will be satisfied with a decadent dark chocolate spiced pie with crème fraiche and ice cream. 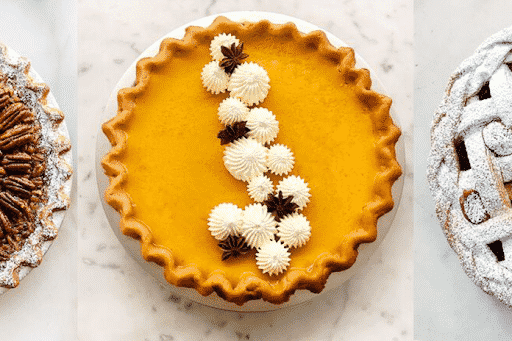 It’s not Thanksgiving without pies, which is why for the pie enthusiast, Thanksgiving should be celebrated exclusively at Dominique Ansel Bakery London. Throughout November, guests to the innovative bakery can indulge in three exclusive seasonally-themed pies: bourbon pecan, extra silky pumpkin and salted caramel apple pie. Dominique Ansel himself dreamed up these signature pies which, at £35 a piece, make the perfect party showstopper. 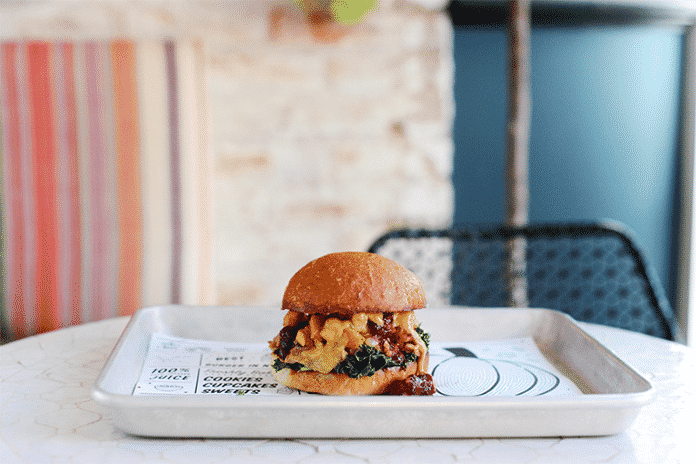 It’s not all turkey dinners this Thanksgiving; vegan hotspot, by CHLOE is the place to be for anyone looking for plant-based festivities. The Gobble Gobble Burger is a decadent concoction comprising lemon-caper seitan, sautèed kale, rosemary gravy, harvest stuffing, fresh cranberry sauce and two potato buns. The Burger is priced at just £10.95, and because Thanksgiving coincides with vegan month, £1 of each sale of the Gobble Gobble burger will be donated to All Dogs Matter, a charity aimed at rescuing and rehoming all dogs.

Abbie Schofield - 5th March 2021
0
Steve Vanhinsbergh, director at stoneCIRCLE, one of the largest stonemasonry companies in England, explains how to create the perfect work from home kitchen  By Steve...

Abbie Schofield - 5th March 2021
0
Absolutely London speaks to bathroom retailer Ripples about the benefits of hydromassage and why spa baths are the luxury bathroom trend of 2021 By Ripples It’s...

Abbie Schofield - 4th March 2021
0
Absolutely London’s best holiday destinations for a post-Covid getaway  By Abbie Schofield If you're thinking about booking a holiday for after Covid, we don't blame you....
© 2018 Zest Media Publications Limited