Home Travel Europe Where the Cool Set Love to Ski 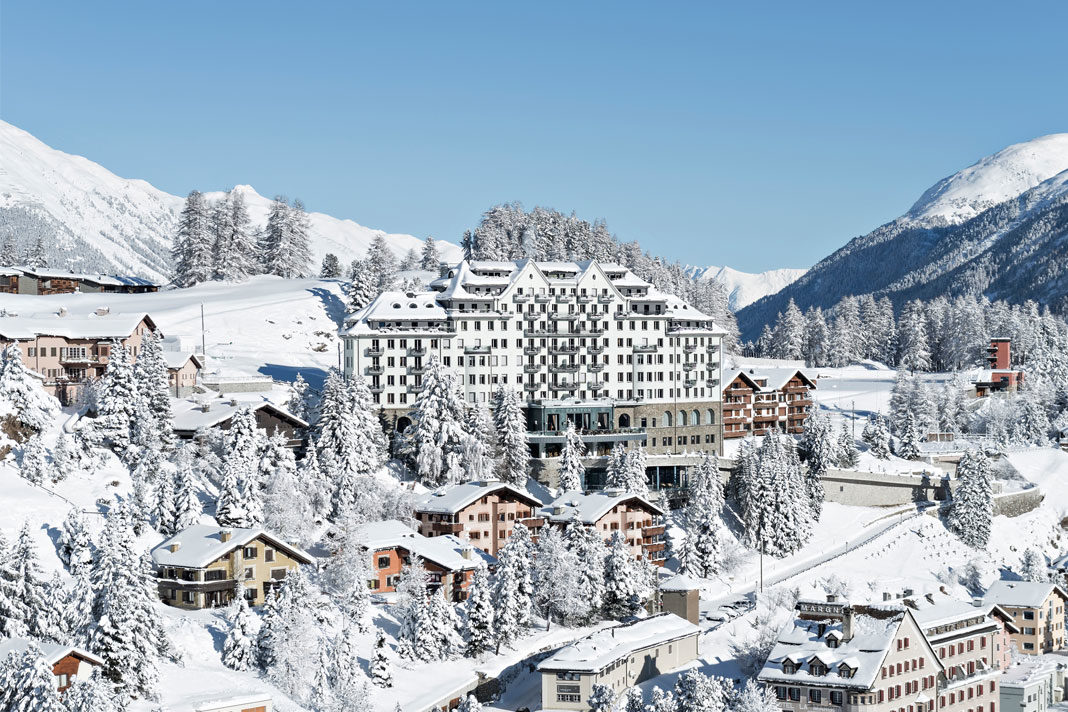 When the snow falls she’s found in St Moritz, with the others of the jet set,’ croons Peter Sarsdedt in the 60s classic ‘Where Do You Go To (My Lovely)’. The jet set may have been superseded by the private jet set but the song was right about the glamour of St Moritz – and by the way, say ‘Saint’ not ‘San’. It is still the destination chosen by the beautiful people and is in fact enjoying a new burst of popularity among London’s jeunesse dorée, whose mothers were only babies when Brigitte Bardot was married to Gunther Sachs. It was this German-born industrialist, photographer and sportsman who fell in love with the place and launched the exclusive clubs that made a small village in the Engadine Valley the place to be. But the British love affair with St Moritz goes back even further than the 1960s, to the early days of winter sports. It is home to the Cresta Run, a private tobogganing club, where men (and it is only men except for the last day of the season) hurl themselves down a terrifyingly steep ice track on a ‘skeleton’, hardly more than a tin tray, round legendary bends like Shuttlecock, at up to 80 miles per hour. While the more cosmopolitan members wear modern techno kit, some more traditional Brits can still be seen in tweeds. Toboggans are very much part of the St Moritz experience and while the Cresta is a private club, both bobsleighing and sledging can be organised. Slide all the way down to Celerina, the next village, and come back up by train. 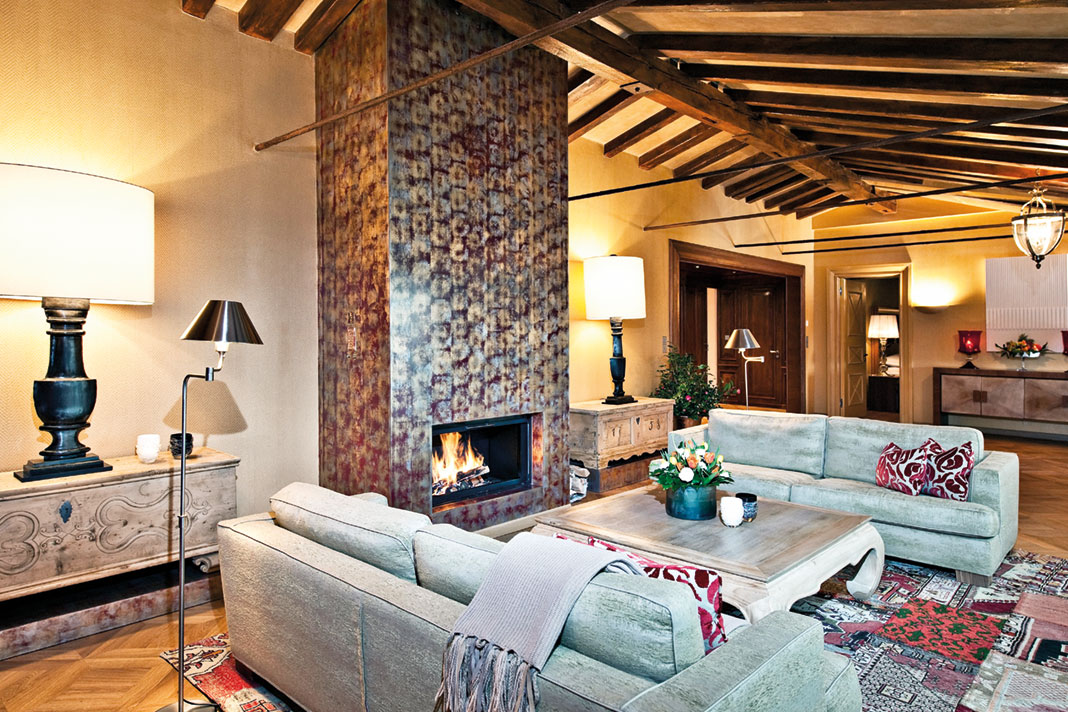 Not having access to a jet, private or otherwise, I arrived by train but this is a memorable experience in itself. Clean and punctual, Swiss trains are the eighth wonder of the world and the steep, narrow-gage line, dating from 1903, which carries the Glacier Express actually climbs through a designated UNESCO World Heritage Site, under 55 tunnels and over 196 bridges. On the platform at St Moritz I am met by a smiling liveried chauffeur, who grabs my bag and whisks me up to the Carlton Hotel, on the mountainside above the station, with a view to the lake – frozen so hard in winter that they have polo and horse racing there as well as a gourmet food festival. 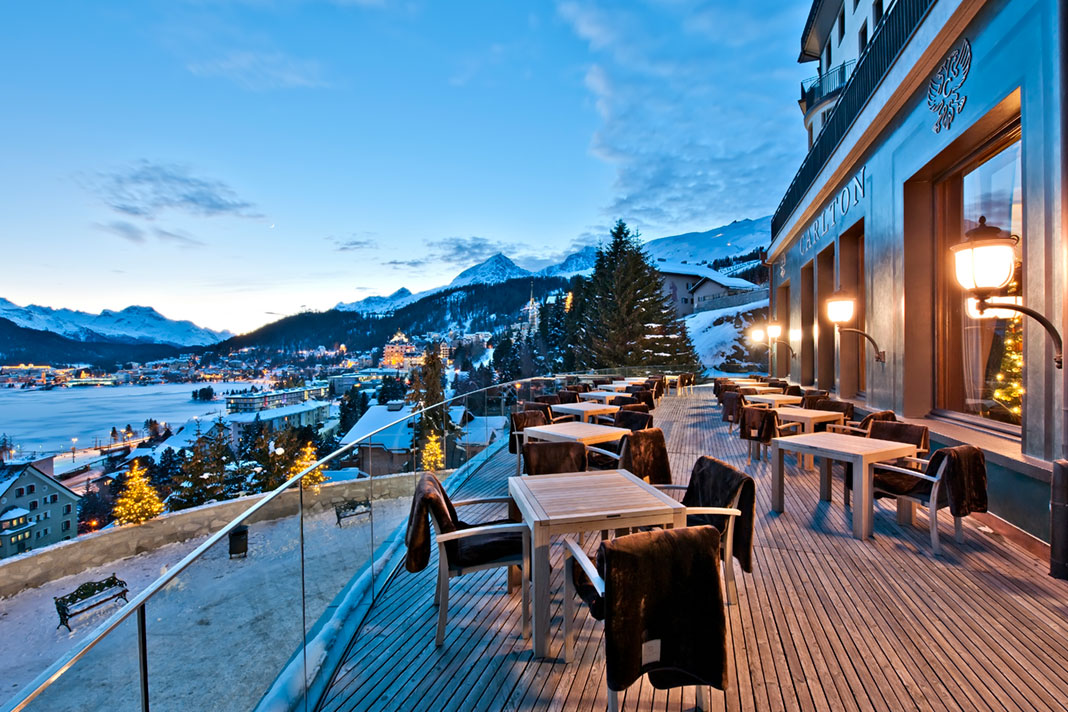 I have very happy memories of a small family-run hotel in Switzerland where I stayed as a teenager, and nothing was ever too much trouble. The Swiss just understand how to do hotels and although the Carlton is a far grander place, it has many of the same virtues – just scaled up. It is welcoming and service is personal, friendly and somehow totally reassuring. Built in 1913, it has been comprehensively updated to include all the facilities of a contemporary luxury hotel without losing any of its atmosphere. The 60 rooms are all suites with lake views.

“Ski passes appear as if by magic; everything has been thought through.”

It closes in summer, allowing everything to be maintained immaculately and the focus to be fully on being the best for winter.  Everything has been thought through. Ski passes appear as if by magic. Staff patiently allow you to try on as many boots as you like before you set off from a basement ski room that seamlessly connects you with the shuttle bus which will run you to the lift and bring you back whenever you wish. There is absolutely no struggling along carrying your own skis. 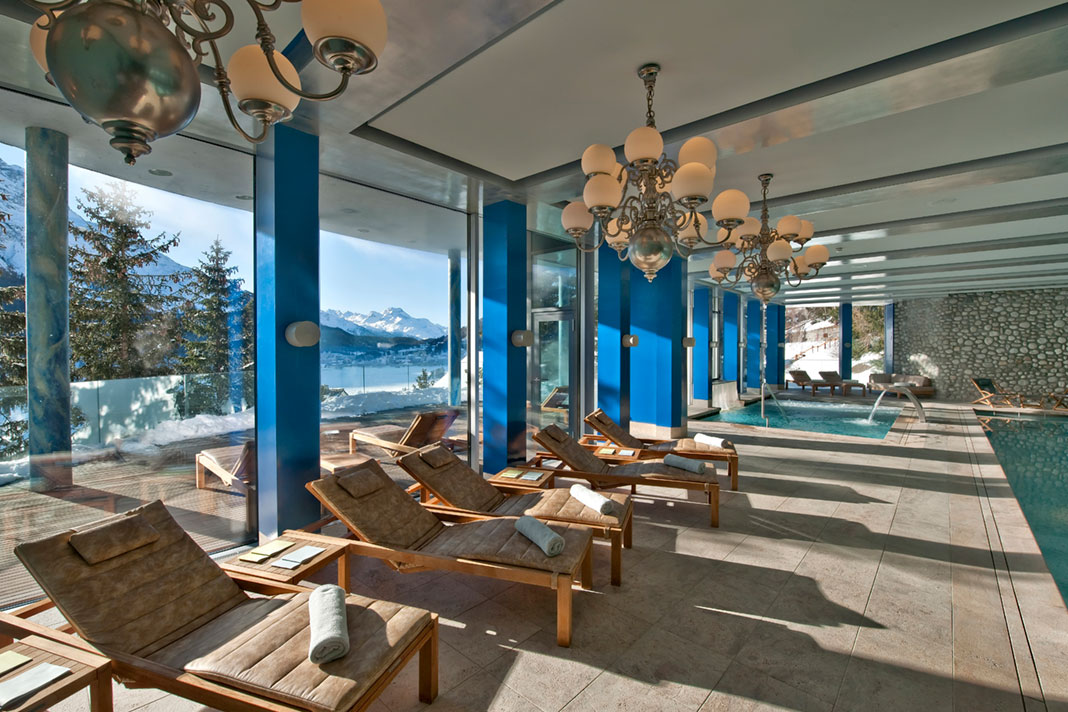 Neither of the two major ski areas, Corviglia and Corvatsch, is overcrowded. St Moritz has so much to offer the non-skier that mere skiing is sometimes overlooked, but there is a variety of runs, open sunny bowls and good lifts, plus the famously intoxicating ‘champagne air’ of the Engadine Valley. It has hosted the Winter Olympics in the past and in February 2017 the World Championships will be held there.

There is a seductive spa at the Carlton, with a huge range of specialised treatments. Its signature offering combines five elements: facial massage, reflexology, lymphatic, hot stone and aromatherapy. The 75-minute massage is delivered in a light and spacious room, wittily designed by the Italian architect Carlo Rampazzi, who is responsible for revamping the hotel, in sea blues and greens. 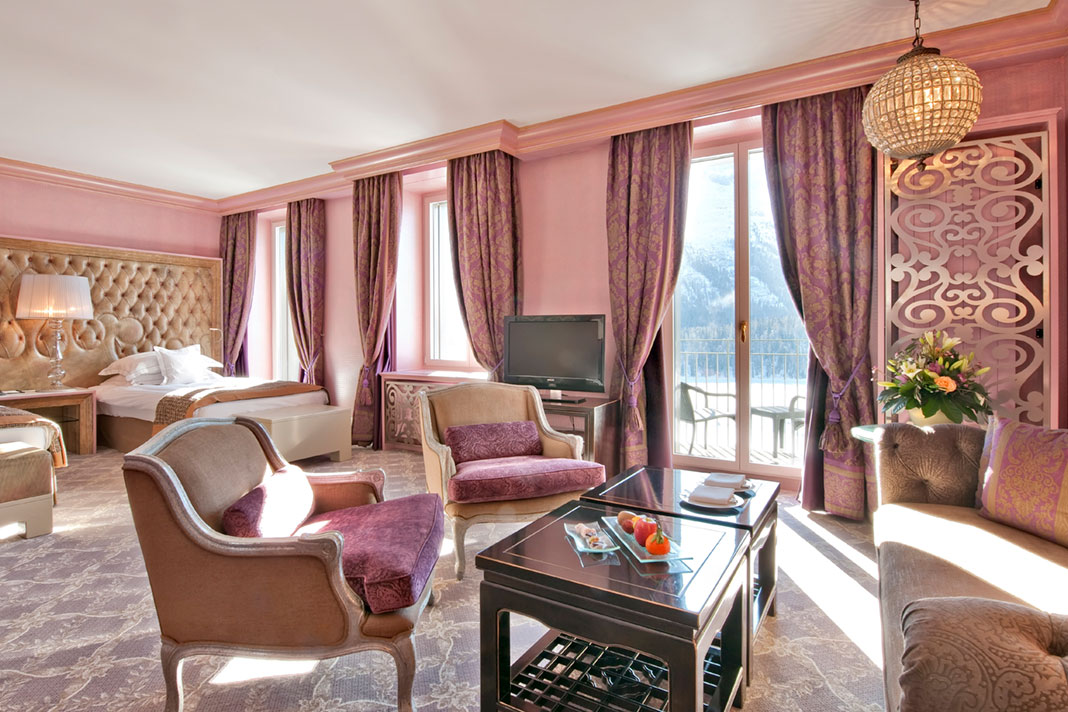 A short walk from the hotel into the centre of the village takes you to Via Serlas, the Rodeo Drive or Bond Street of St Moritz. Cartier, Harry Winston, Bulgari, Gucci and Prada all have flagship stores, while Trois Pommes stocks Jil Sander, Tod and many other international fashion labels under one roof.  More tempting in many ways and laid out as beautifully as the jewellery are the cakes and sweets in Café Hansellmann, the village’s fabled tea shop. The sight of tiny chic women with even tinier dogs and enormous fur coats tucking into pastries is one not to be missed.

However, it would be silly to go too mad over tea – the Carlton prides itself on its food, both Swiss and more local Engadine specialities, including wines, at Romanoff, the large, high-ceilinged main dining room, where they also offer glorious breakfasts to linger over. On the floor below is fine-dining restaurant Da Vittorio, an offshoot of chefs Roberto and Enrico Cerea’s three-star Da Vittorio in Brusaporto, which itself has one very well-deserved Michelin star. Try the tasting menu. 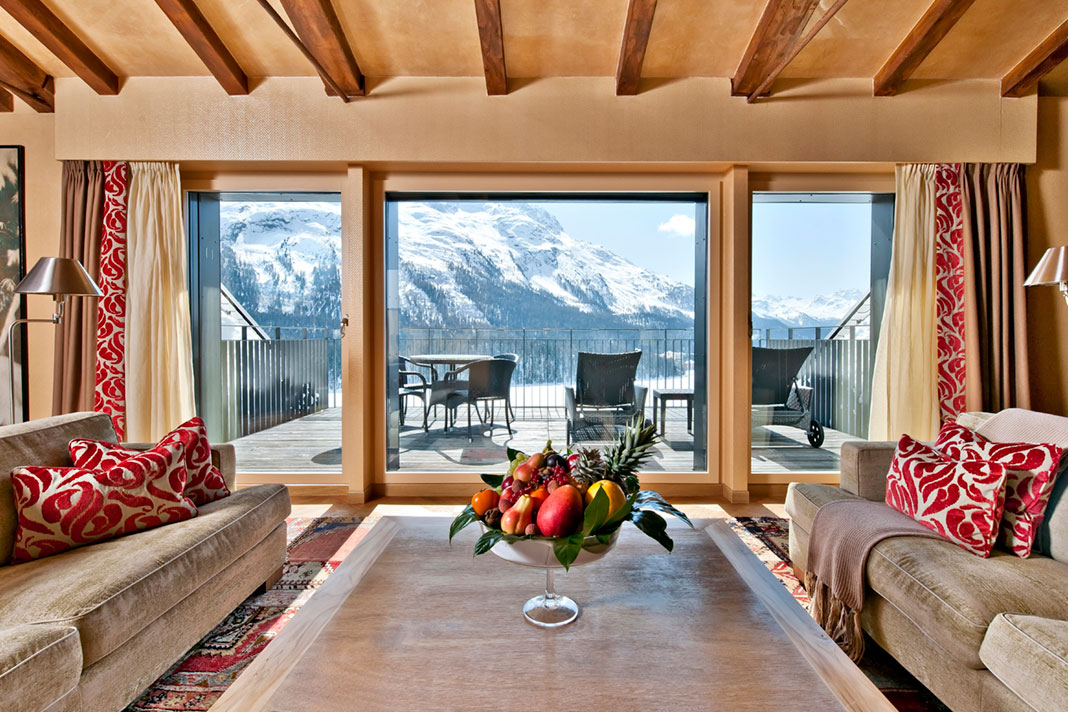 There is plenty of nightlife in St Moritz and the ever-helpful concierge can of course recommend and organise things, but there is a spacious and relaxed bar just outside Romanoff with an open fire. The temptation to remain wrapped in the Carlton cocoon, perhaps sipping Napoleon brandy like the girl in the song, is hard to resist. I am afraid my answer to 'Where Do You Go To (My Lovely)' is to bed for a blissful night's sleep.

Carlton Hotel St. Moritz has rooms available from €900 per night, based on two adults sharing a Junior Suite on a B&B basis, including CHF 100 food & beverage credit per adult per day, service charge and VAT. For further information and reservations, please visit carlton-stmoritz.ch or telephone +41 81 836 70 00.