Home Going Out Art & Theatre What’s on in June: All the Best in Art & Culture 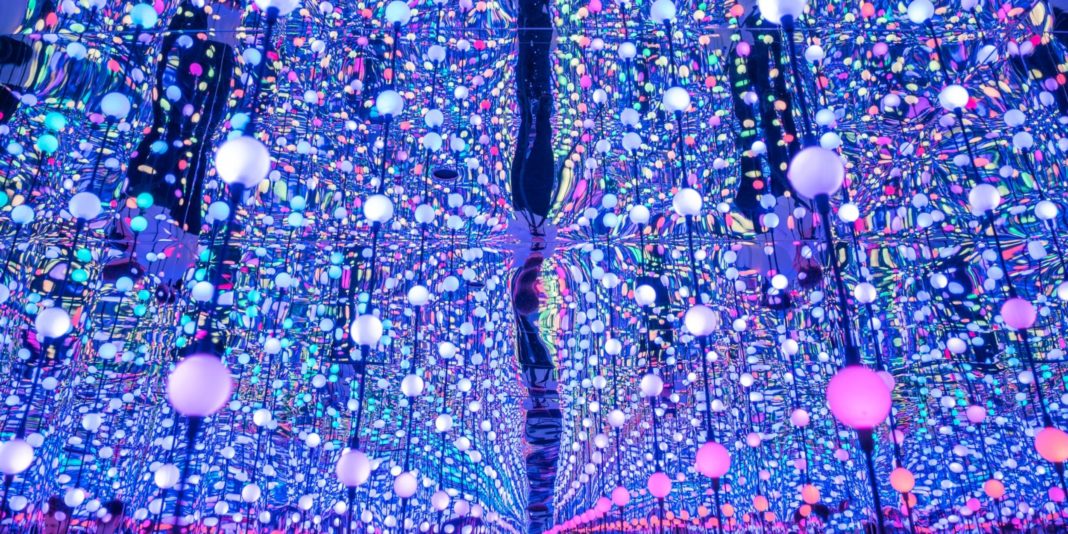 Absolutely’s guide to what’s on in June, here’s all the best in art and culture London has to offer this month.

The cardinal museum rule of “no touching” has been long forgotten at Dopamine Land, the new interactive exhibition open in South Kensington. Fun and nostalgia are at the heart of this new multi-sensory experience and you’ll be given plenty of opportunities to reconnect with your childhood, and you may even engage in a pillow fight or two.

The premise behind this musical is a simple one; eight strangers step into a lift together at Covent Garden Station and one particularly observational busker imagines what their lives might be like when the doors reopen. You may leave the theatre with a new sense of curiosity about your fellow commuters.

Cornelia Parker is one of modern Britain’s leading artists, renowned for her ability to transform everyday objects into powerful commentaries on contemporary social issues. Over 90 pieces from the broad spectrum of her work will be on display in this exhibition, including two exciting new pieces that are being unveiled to the public for the first time.

Stonehenge is one of the United Kingdom’s oldest and most recognisable landmarks and was built during a truly remarkable period of history. This exhibition brings together over 430 objects from across Europe, in an attempt to solve some of the mysteries behind the ancient monument.

MUCH ADO ABOUT NOTHING

Much Ado About Nothing is about a summer of freedom in the aftermath of a period of darkness. Sound familiar? This adaptation of the Shakespeare classic has come at just the right time and manages to maintain the romance and mischief of the original, and has gained a new sense of relevance.

If you find yourself needing to cool down this summer, why hire a Go Boat and take to London’s waterways? You can gather a group together, choose your voyage depending on what corner of London you’d like to explore and take in the sights of the city from the comfort of your own private boat.

What’s on in July: All the Best in Art & Culture

Efe - 5th July 2022
0
Burnout is fast becoming the next epidemic.  As a connected nation, subjected to constant stimulation combined with high levels of stress, thanks to a...

Protected: iHus is empowering families to begin a new chapter in...

Serves Up: The Best Wimbledon-Themed Treats