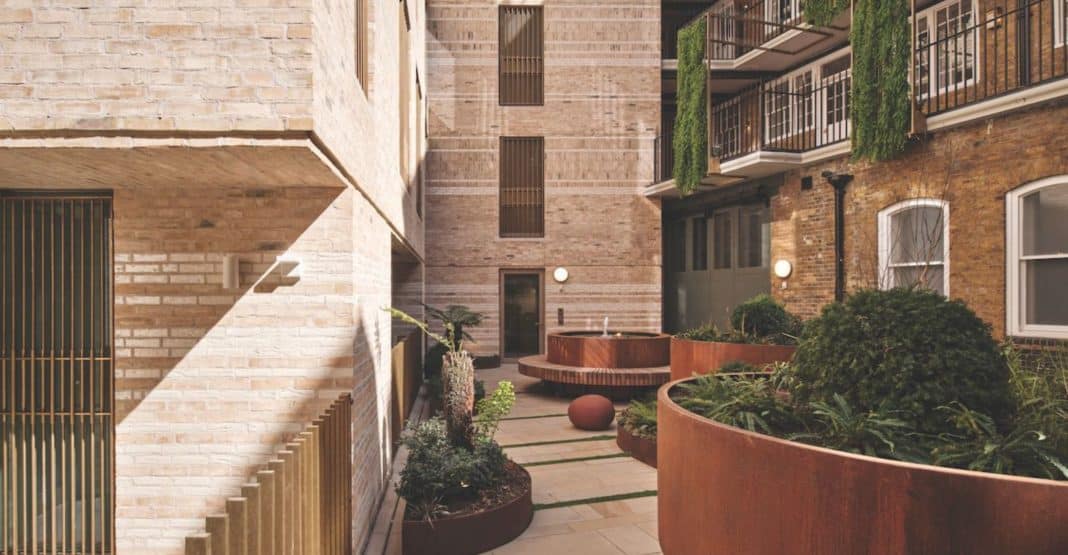 Originally constructed in the early 20th century for the Metropolitan Fire Brigade, the former Grade II listed Westminster Fire Station has been thoughtfully reimagined as a collection of 17 charming and unique apartments, each of which embodies the overarching vision of the development to marry the old with the new.

Built in 1906 and retired in 2014, the striking Baroque building presided over many defining moments in the history of the fire brigade, including the end of horse-drawn engines in 1921, the admission of women during WWII and the first female firefighter in 1982. The station’s crew was also responsible for saving Westminster Abbey from near destruction during a bombing raid in 1940.

Leading the architecture at Westminster Fire Station is Jennifer Beningfield and her all-female practice, Openstudio Architects, while the joyful and eclectic interiors are the work of Laura Marino, of Alchemi Group and interior design studio, Studio L. Together, Jennifer and Laura focused on marrying the old with the new and retained and worked with various iconic fire station features such as the exposed steel beams, original glazed brick tiles and the three original carriage doors, one of which now serves as the residents’ entrance.

Each one, two and three-bedroom apartment is individual in its layout and features customised design elements unique to the development such as bespoke kitchen cabinetry and ironmongery. The bathrooms and en-suites are clad in various marbles and all have antique gold ironmongery from Lefroy Brooks. The herringbone pattern seen throughout the development and used in the wood flooring and ceramic tiles in the apartment is a nod to the old fire station’s quintessential characteristics.

The three completed show homes at the development each have their own ‘soul’ and ambience thanks to Studio L, London’s highly imaginative interiors. Taking inspiration from the worlds of music, art, fashion, film and photography, Laura incorporates diverse patterns, colour palettes and materiality into her designs, creating many custom pieces as well as sourcing contemporary, antique and vintage pieces to create a fresh and memorable aesthetic.

Connecting Station House to the Fire Station is an urban green oasis; an interconnecting residents’ courtyard designed by garden specialist James Lee Design. The courtyard has been cleverly converted from its previous incarnation as the turning circle for the engine bays and stables for horses. The environmental impact of the building has been at the forefront of the developer’s minds throughout, with the project significantly exceeding its carbon reduction target through innovative thermal upgrades, the introduction of solar panels and a biodiverse green roof. Residents will also be offered bicycle storage and complementary 10-year Zip Car membership.

Apartments in Phase 1 at Westminster Fire Station start from £895,000.