Home What's On Where to Watch Wimbledon in South London 2018 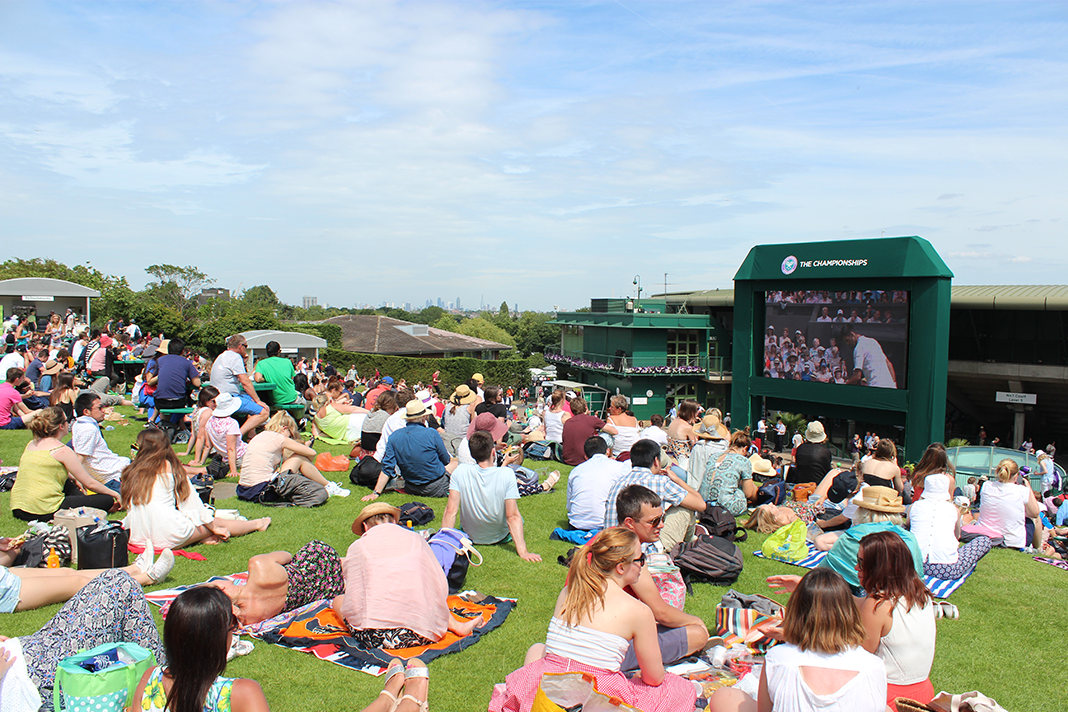 Wondering where to watch Wimbledon in south London? Here’s a few of the city’s top spots for tennis viewing; gather the troops and get those strawberries ready...

Where to watch Wimbledon in south London

The Big Screen is back at The Piazza this summer to showcase the Wimbledon Championship from start to finish. No costs and no queues; pull up a deckchair, grab a bite to eat and soak up the sun.

Of course, the best atmosphere is found at Murray Mound. While seat tickets are like gold-dust, it’s always possible to get ground passes, even on the day at Wimbledon. Once inside, the atmosphere is palpable. You’ll be able to take a pew on Murray’s glorious grassy hill, or take a seat at one of the outside courts. The queue can be lengthy so a start time of around 6am is advised. You’ll be in just in time for the start of play at 11:30. Hardcore fans can be found camping outside for seated tickets on Centre Court, No.1 and No.2.

The Refinery Bankside has made itself a prime summer viewing area with their English garden. The beautiful floral terrace and deck chairs are an unrivalled escape to Wimbledon through the big screen.