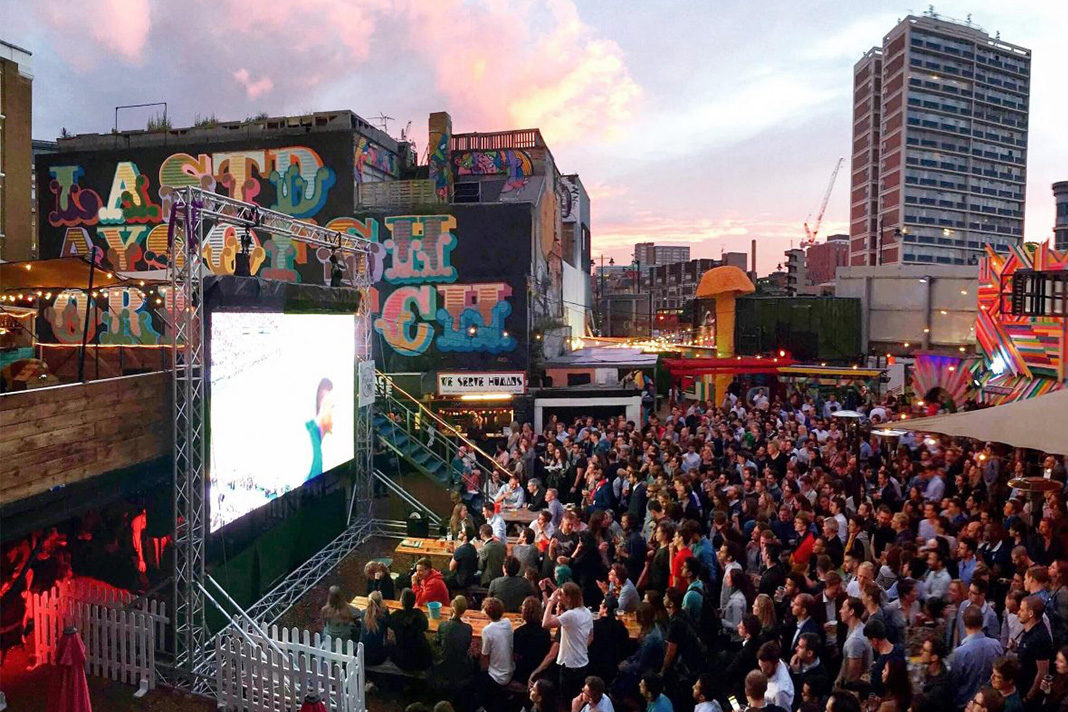 As the final draws nearer and England continues to deliver, we’ve rounded up the top spots to watch the World Cup in London. Football fan or not, the nail-biting semi-final is something you do not want to miss…

The best places to watch the World Cup in London 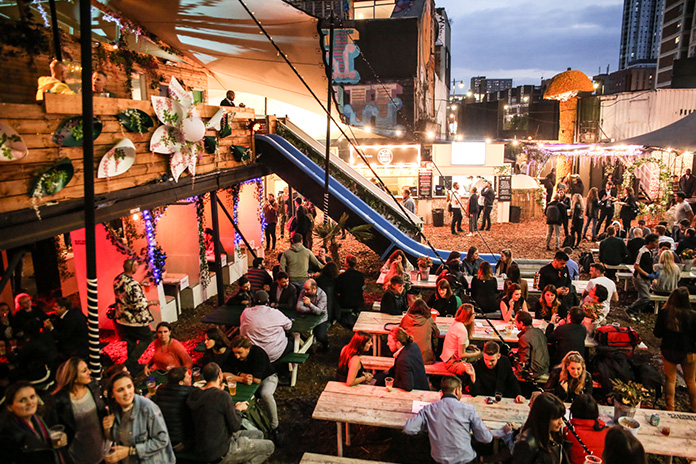 This east London pop-up favourite is the ultimate and all-encompassing space playing host to incredible DJs, karaoke and one of the biggest World Cup screens in London. Expect delicious food from Smokey Tails, Cheeky Burger and Crust Bros, plus a slide and a ball pit. Instagram boomerangs at the ready. 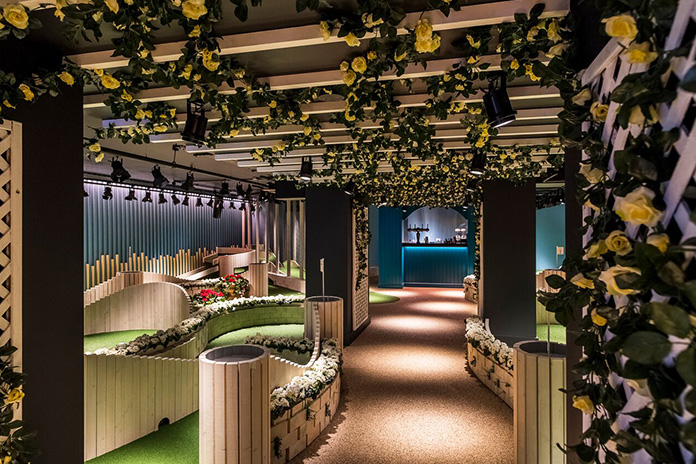 Swingers is gearing up to see the 2018 World Cup out in style. Londoners are invited to watch the semi-finals on Wednesday 11th and the final on Sunday 15th at both Swingers City and the newly opened Swingers West End. The football will be accompanied by some of London’s best street food and one-off football drinks specials which include two Frosé cocktails for £15 and a bucket of five Sol beers for £22.

Football not your thing? The Swingers Open is back for 2018 and this year the winning prize is a holiday for four to New York. Heats will be held at both venues, giving competitors a chance to choose which course to take on. An entry fee of £20 per person secures a place in the tournament and teams of four are required. Book your spot and get putting.

After selling-out all England games, and shutting down Clapham in the process, The Grand is taking the party to Scala for the semi-final. With space for just over 1000 people and multiple rooms with screens of all sizes, revellers can enjoy all the action along with half-time treats, classic stadium food and beverages courtesy of Budweiser.

The glass-roofed courtyard of Red Rooster is a convenient spot for east Londoners to enjoy the footie. There’ll be Goose Island beer and fried chicken to ease the tension. 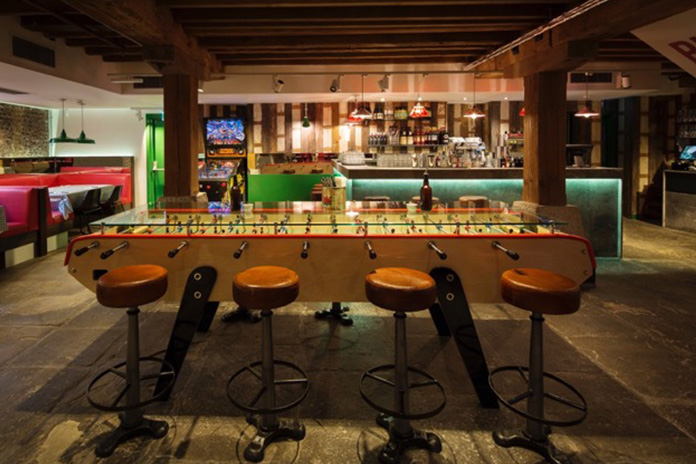 Watch the match comfortably from Pizza Pilgrim’s basement, equipped with ample seating, table football and arcade games. For half-time, quell your anxiety with food from the restaurant upstairs.

Marry your love of Indian food, tasty drinks and sport at Brigadiers. Cheer on England in one of their exclusive viewing rooms where they’ll be showing both the World Cup 2018 semifinals and (fingers crossed) the final.

Along with three screens for live sport, ping pong and soul food, this Scandinavian bar offers a fine selection of beers, wines and exclusive vodkas – if you can’t be in Russia, you might as well drink like you are. 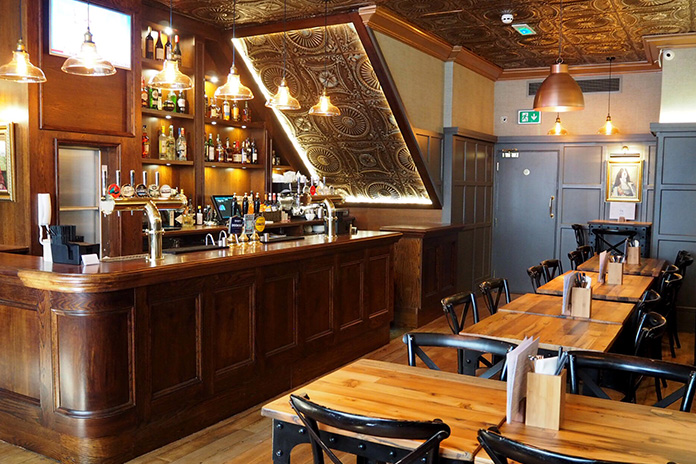 With screens both inside the bar and outside on the terrace, the Grafton Arms is the ideal location for West-Enders looking to watch the World Cup in London. Their platters and small plates make perfect sporting snacks.

Riley’s will be offering a front seat to the match with a three-metre, high definition screen in each of the London locations. Round off the night with food, pool and darts.

Football fans can properly immerse themselves in the game day festivities at this west London favourite. Watch the match from anywhere in the pub, thanks to the giant projector in the centre and a number of screens around the venue. Celebrate with friends and family and order one of their Game Day Platters, fit to feed an entire football team.

The Marksman has not only provided the perfect space to watch the World Cup in London, they’ve also created an entire World Cup-inspired menu along with enough cold beers to satisfy even the rowdiest of fans. 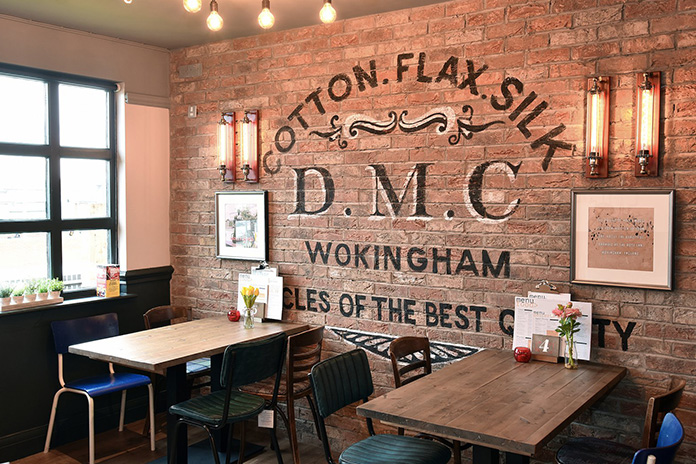 This venue prides itself on being the ultimate football viewing venue. As the Best Sports Pub winner two years in a row, the Famous Three Kings is sure to deliver.

Die-hard football fans can reserve front row seats at the Joiners Arms, while not-so-serious supporters can settle into a booth, tuck into a variety of food and drinks and enjoy an unbeatable atmosphere.

Looking for a place to watch the World Cup in Clapham? The Alexandra is a friendly pub showing all the action on a large screen. With multiple Sky and BT sports channels, it’s one to add to your little black book for all future sporting events.

Efe - 13th April 2021
0
Our skin experts at Skinfluencer breaks down the importance of a well-chosen moisturiser  Cleanse, tone, and moisturize is the most basic skincare mantra and while...

Efe - 13th April 2021
0
Do you want to achieve full lips naturally? Our skincare experts at Skinfluencer explain how  In the past decade beauty ideals have evolved- for instance...
© 2018 Zest Media Publications Limited