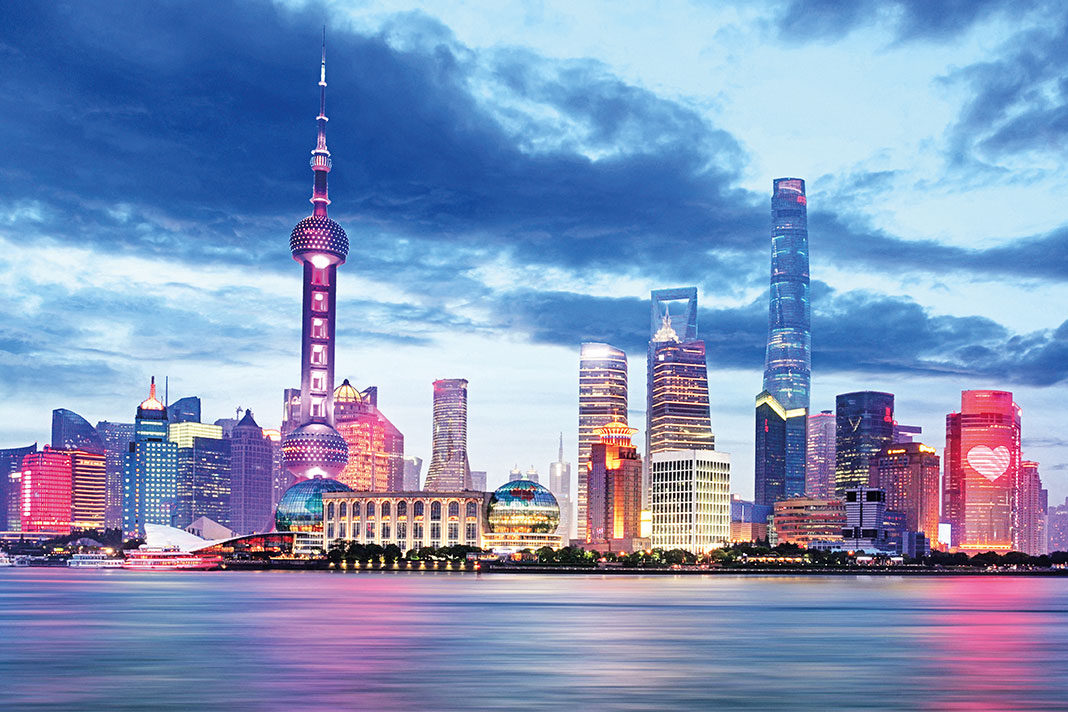 Planning a trip to China can be quite bewildering, albeit incredibly exciting and a trip of a lifetime. The difficulty, though, is knowing where to begin. For me, the majestic capital city is a clear starting point; with its post-contemporary high-rise buildings and its ancient hideaways, it’s a study in contrasts and boasts treasures like the Forbidden City and Tiananmen Square. Up next on the bucket list is Shanghai, a buzzing metropolis gazing into the future. It’s a waterfront city taking China’s lightning-fast development to the next level with it’s jagged skyline on one side and its charming Chinese heritage on the other.

The contrast between these two sky scraping cities is remarkable. Shanghai, dubbed ‘the Paris of the East’ with its alluring skyline and its ultra-luxe vibe, and Beijing with its rich heritage, Hutong lifestyle and electrifying pace. It’s among Beijing’s historic Hutongs where we begin our Waldorf journey.

What was once the world’s most iconic hotel is now the most iconic portfolio of hotels. The Waldorf brand satisfies the luxe travellers of the world, offering a tailored service unique to each hotel and its location. The Waldorf Astoria first opened its doors in New York in 1893, reaching new heights in guest services. The original 13-storey Waldorf Hotel soon became the go-to venue for the world’s wealthy and society’s elite. Four years later, the adjacent 17-storey Astoria Hotel was built and a marble corridor linked the two. This corridor became the enduring symbol of the combined Waldorf and Astoria Hotels. Today, that corridor is better known as Peacock Alley – a lobby bar found at the heart of each hotel.

A true reflection of its location, the Waldorf Astoria Beijing is a grand, brass building standing boldly in a swish area of downtown Beijing. The hotel is a modern take on centuries of Chinese tradition with the perfect combination of artistic charm and modern architecture. Make the Waldorf your base and you’re moments away from the designer district and the historic streets of China’s capital city. It has everything you desire and more; location, elegance, style and perfection at every touch point. Checked into a suite 13 floors up above this beautifully chaotic city, while the bustling sounds of the streets are just several stories beneath, I feel like I have been whisked away into another world where tranquility meets urban living.

Not just a place to rest your head, the hotel offers a 600-piece art collection. Adorning every corridor, these gallery-worthy pieces combine contemporary art with Chinese heritage. Orange, browns and bronze tones make up the core design of the hotel, reflecting a timeless elegance associated with the country. But the food here is the real draw; and is definitely something worth celebrating. The hotel’s staple restaurant, Brasserie 1893 is continental in terms of its cuisine, with a west-meets-east menu offering a sense of familiarity but with local twists on staple dishes.To commemorate Waldorf Astoria as the birthplace of iconic culinary inventions such as the Eggs Benedict, the Waldorf Salad, Thousand Island dressing and Red Velvet cake, the James Beard Foundation have teamed up with Waldorf Astoria for a second year running to find the next ‘Taste of Waldorf Astoria’ to be shared across the hotel’s global menu. The Jing Roll was the winning dish for 2016, created by Chef Benoit Chargy of the Waldorf Astoria Beijing and James Beard Rising Star Chef, Erik Bruner-Yang. The aim: to create an area-inspired dish that will add to the Waldorf Astoria culinary legacy.

If you’re travelling between Beijing and Shanghai, be sure to catch the high-speed train. A cross-country experience showcasing the landscape change as you pass through this fascinating country. The journey will take you from Beijing to Shanghai in just over five hours.

From hotel rooms with sweeping views of the skyline, to bars hidden behind bookshelves, here’s why you don’t want to miss out on the gem that is Shanghai. It’s a direct contrast to Beijing; somewhat futuristic in terms of its building development. The Bund, a mile-long strip along the Huangpu River offers spectacular views of the skyline. During the 1920s and 30s, The Bund became the playground for Shanghai’s expat community. No.2 The Bund was home to the Shanghai Club, which later reopened in 2011 as the heritage building, part of the Waldorf Astoria, our home for the weekend. Once the prized destination for the elite gentlemen of Shanghai, the hotel’s Long Bar incorporates a classic theme, much like the original. Fast forward several decades and you’ll find guests sampling the bar’s vintage champagne, cigar, whisky and cocktail offering. Local jazz music sets the tone as we toast to a weekend in ‘the Paris of the East’ with a cocktail in one hand and a signature Waldorf oyster in the other.

To experience the hotel’s dining in full, be sure to try out the Chinese restaurant, Wei Jing Ge. A tasting menu is available, offering delicacies such as the braised bird nest soup (good for collagen production), and a sea cucumber dish. Again, the food is at the very heart of this hotel, and as we sample signature dishes new and old, we find ourselves part of and re-imagining history through the Taste of Waldorf experience. Chef Jan Van Dyke of the Waldorf Astoria Shanghai presents his in-house dish, the Suckling Pig dumping. An easy recipe based on a traditional Chinese concept, focusing on familiar flavours and home comforts.

If you’re looking to venture out, you’re in an incredible position to do so. The hotel is in a prime location for evening entertainment; The Bund has a stunning selection of rooftop bars to take in those spectacular views. But for something a little different, a short cab ride will take you to the French Concession. Here you’ll find low-rise buildings, quaint restaurants and western nightlife. I’d recommend checking out the bookcase at Ocho Bar Tools to see what’s hidden behind. If you’re lucky you’ll enter Speak Low, a fun and rustic cocktail bar serving creative cocktails and liquors.

China’s Waldorf Astoria properties offer a tale of two cities. The interiors, location and culinary experiences of both flagship properties capture the essence of two contrasting reflections of contemporary China: one with a nod to the past and an exploration of tradition and one with a modern, artistic take on it’s home in the capital city.