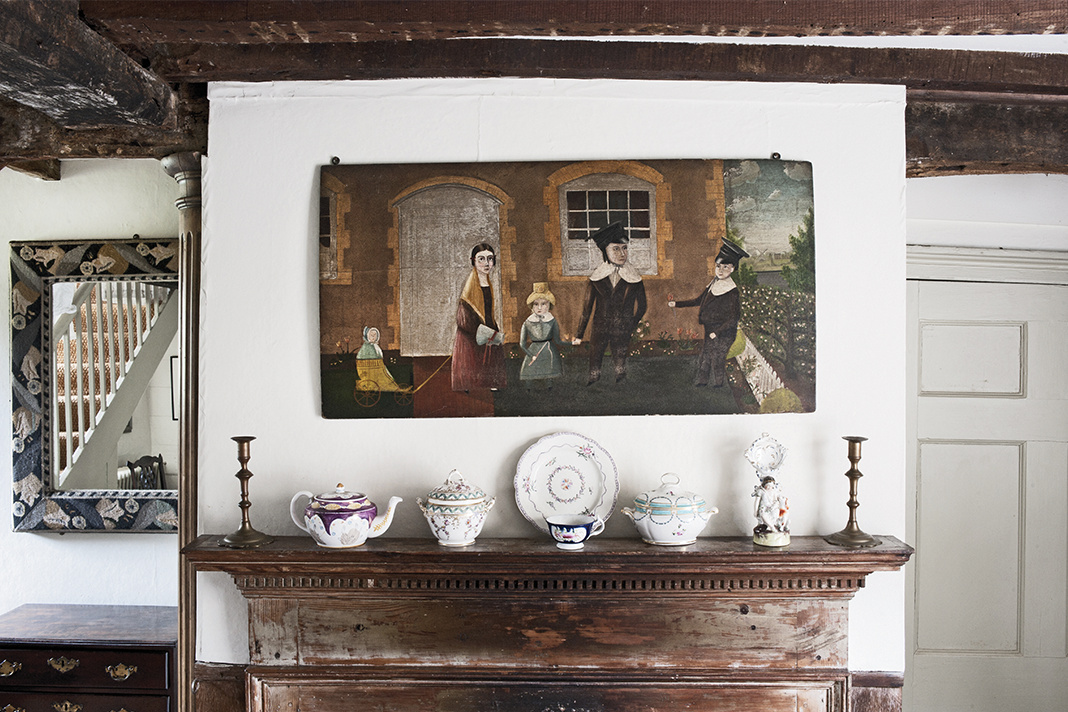 One blustery June day in 1919, Virginia Woolf hopped on her bicycle at Lewes, the pretty East Sussex market town where she and her husband Leonard had hastily bought a house in the stump of an old windmill not three weeks earlier, and cycled four miles southward to the village of Rodmell. Despite having just moved into Round House, the “”butt end of an old windmill, so that all the rooms are either completely round or semi circular”, she found that her eye had already roved. The object of her desire? ”An unpretending house, long and low, a house of many doors.”

The curved, narrow lane that weaves through Rodmell, flanked by low flint walls and quintessentially English cottage gardens, represented a sort of Platonic ideal of the Sussex hamlet. The house – two-storey, weatherboarded and low-slung – stood in the shadow of the village church and was charming if basic; but it was the garden that swung it, with its three-quarters of an acre and adjoining a wild orchard with an ”infinity of fruit-bearing trees . . . the well kept rows of peas, artichokes, potatoes; raspberry bushes (with) pale little pyramids of fruit.” Walking up the steps from the back of the house, past the lean-to greenhouse at its rear (added by Leonard in the 1950s), full of tiered potted plants, and winding up the garden path fringed by tulips in a kaleidoscope of colours past the orchard on the left, today as then you see the piece de resistance: the view of the rolling green South Downs, and the river Ouse snaking along at its foot. Virginia Woolf was sold, as was the house, at auction, after which she wrote to a friend: ”That will be our address for ever and ever.” Indeed, it was.

Today Monk’s House is the property of the National Trust, which has impeccably kept it up so that one might imagine that Virginia might just have popped out to the orchard, or sequestered herself away in the writing lodge at the bottom of the garden to which she commuted from the house with “the regularity of a stockbroker”, and from where she penned most of her major works. Sussex was, then, to her mind a far greater muse than Bloomsbury, with which she is so famously associated. Today hand-painted bowls await fruit, walking sticks await their owners and penny stamps await missives – but more than any of those, the gardens await their original nurturer. For while Virginia Woolf’s name is linked with the mental health battles that eventually led her to drown herself in the nearby Ouse at the age of 59, for the most part, Monk’s House – and Sussex – was a creative catalyst and a rest cure all in one. Here that purportedly troubled mind played bowls with the Bloomsbury set (Maynard Keynes, Lytton Strachey, TS Eliot, Yeats et al), baked bread and made jam. Here, just a few miles from Charleston, her sister Vanessa’s famously beautiful and louche home, she was for the most part, happy. It was, as the group dubbed it, “Bloomsbury-on-Sea”. 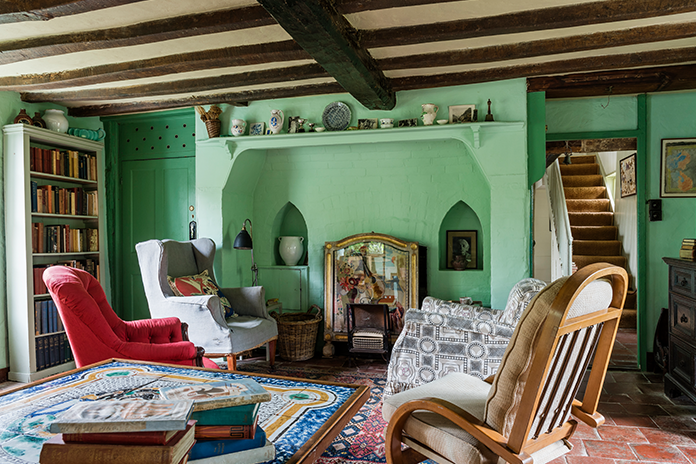 For Leonard, the joy lay in part in the simplicity of life. Of Monk’s House, he wrote, ”our daily life probably nearer that of Chaucer’s than of modern man.” Indeed, in 1919 the house had no gas, electricity, or water, although the couple did add some modern comforts during their time there. Although it doesn’t stretch quite as far back as Chaucer’s time, Monk’s House – and its original nine oak-beamed rooms – dates to the 16th-century. The Woolfs added an extension and converted the rooms to make six larger ones, rather than the original nine small ones. The most seductive of them all is the largest: the sitting room, painted in a fresh green that was one of Virginia’s favourite colours, and softly lit by parchment shaded lamps.

The hordes of cooing visitors today might be surprised to learn that, despite the exquisite beauty of the place and the sensation that large numbers of interior designers working today are simply aiming to ape (minus the innovation and flair) the look that the Bloomsbury Set invented – the apotheosis of which is found both here and at Charleston – Virginia had little confidence in her own decorating abilities. Thus it was that she conscripted those of her sister Vanessa Bell and Duncan Grant who obliged with unstinting flamboyance. Many of the paintings on the walls are attributed to Grant, while the duo took what is clear delight in splashing everything – from the lampshades to the upholstery – with exuberant colour. Much of the furniture hails from the Omega Workshop, which was winding up the year that the Woolfs moved in to Monk’s House; the movement was spearheaded by the artist and writer Roger Fry – a regular guest at Rodmell – with its aim to blur the boundaries between decorative and fine art. In being a repository for its output, Monk’s House’s décor is still more historically significant. Meanwhile, Virginia’s bedroom which, in order to reach one must step outside the from the kitchen and up a few stairs, is bright and fresh thanks to a large window by her bed, but cosy too, courtesy of the hearth, which is decorated with tiles by her sister. 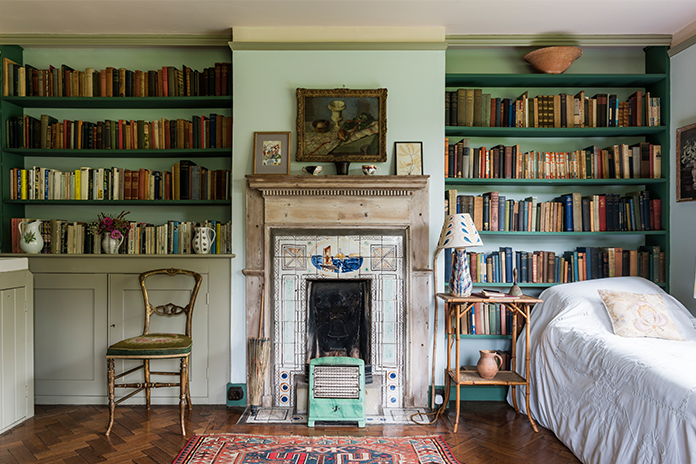 While the beautiful house and garden, the harmonious relationship with her husband Leonard, the proximity to her sister at Charleston and the stead stream of chattering guests from London kept her love affair with this modest yet endlessly enchanting house fresh, it was surely the mighty South Downs that made it an imperative for Virginia. ”Too much for one pair of eyes,” Virginia Woolf wrote in 1937, ”enough to float a whole population in happiness, if only they would look.” Today, from April until October each year, curious visitors come and walk in her footsteps, looking where she looked and, with luck, feeling the happiness that she felt here too.