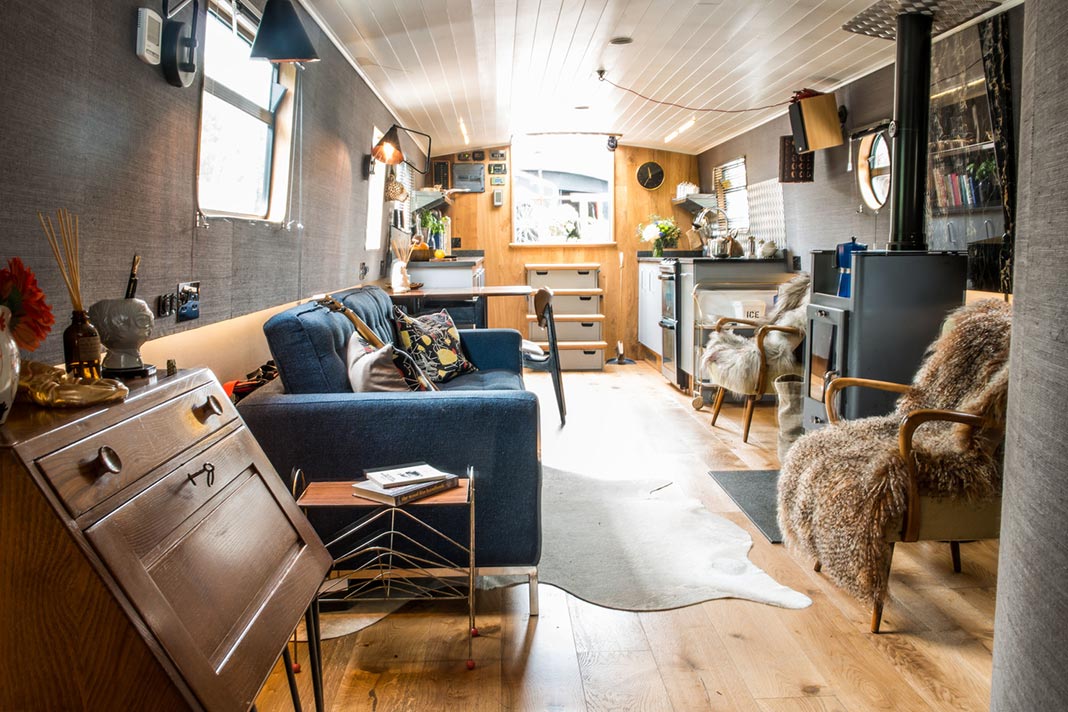 Some weird, some wonderful; here’s a few of the most unusual places to stay in London

There’s certainly no shortage of places to rest your head in the City. From luxury hotels to quirky hostels there is something to suit every adventurer. But if you really do your research, you’ll find lodgings that are really quite bizarre. Here are a few of the more unusual places to stay in London. 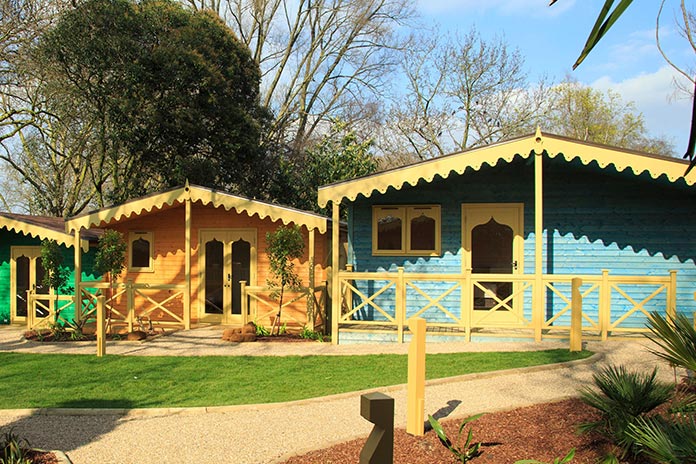 Hakuna matata. The roar of a lion will be your alarm clock at this accommodation for the adventurous. From May to December you can bed down in a luxury lodge on the Land of the Lions development at London Zoo. The package includes a two-course dinner, breakfast and two-day entry pass to ZSL London Zoo. You can even take sunset, torchlight and pre-breakfast tours with zoo experts.

A Night at the Museum 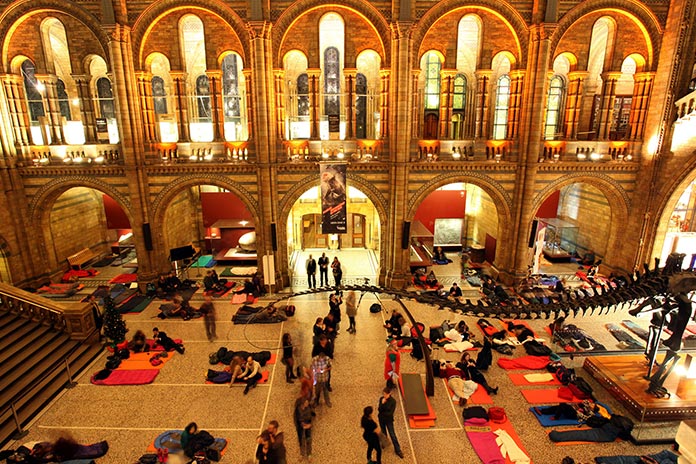 Doze with the dinosaurs at the Natural History Museum‘s sleepover. Or, make like the movie and tour the exhibitions after hours. The Dino Snores sleepover offer live music, stand-up comedy, and food tastings. Additionally, guests can sample edible insects, hunt some treasure and enjoy a scary movie marathon. You also get a three-course meal and hot breakfast included.

The next available Dino Snores takes place on 5 July. Prices start from £162. 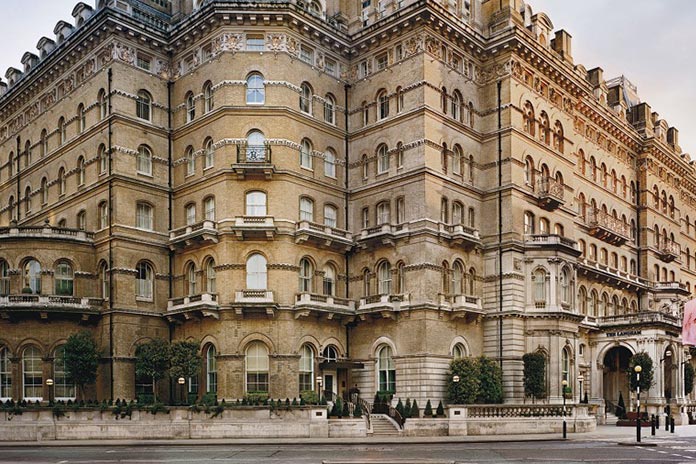 Nerves of steel are required for a stay in this luxury London hotel. Room 333 in The Langham is apparently the most haunted hotel room in London. It’s been giving guests the creeps since 1865. Resident ghosts are said to include a murderous doctor, suicidal German prince and a butler. Some guests have sighted a footman in a powdered wig. Apparently he has a penchant for tipping guests out of bed. Even Emperor Napoleon III drops in to join the slumber party. The hotel was too much for the English cricket team when they stayed. They moved rooms after the taps came on by themselves — and that wasn’t even in 333.

A Club Room at The Langham Hotel starts from around £300, and you can ask specially for Room 333 if you’re feeling brave.

Camping in the Capital 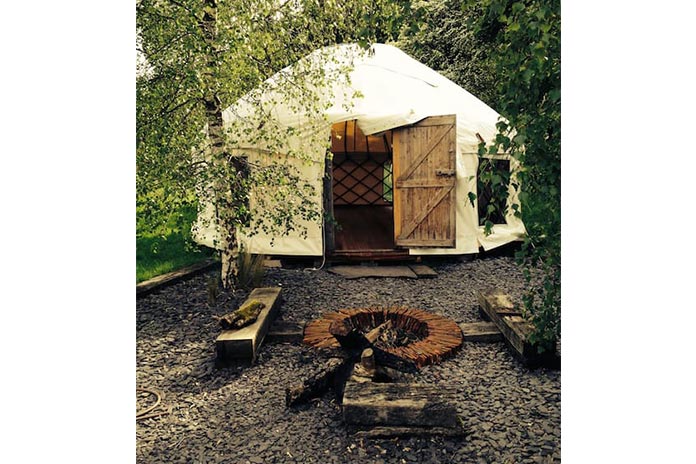 This bohemian eco yurt offers the captures of country camping with a few added luxuries. There’s a hot tub, a Game of Thrones style bed, fire pits and a sweet chestnut grove. There is no electricity but the eclectic decor more than makes up for it. 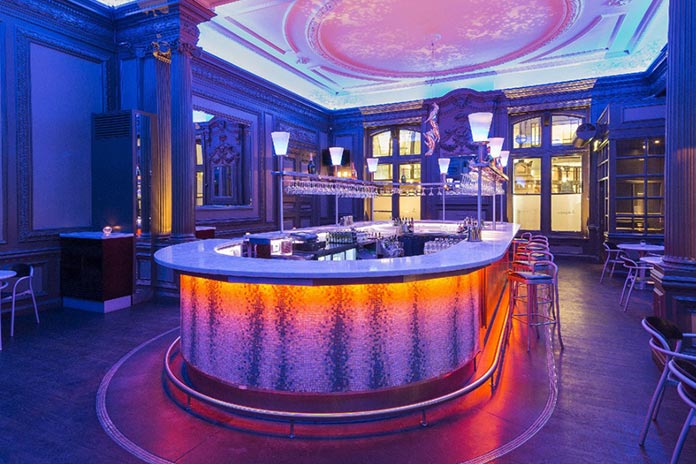 19th Century Modernity at The Andaz Hotel
With 267 guest rooms, the Andaz is the largest hotel in the City of London and is housed within a beautiful red brick Victorian building. It also boasts a number of quirky and unusual features, including a Greek Masonic Temple. All rooms are spacious with hip, stylish decor. Think minimalist bold colours, flat screen TVs, iPod docks and a deep eco-friendly bath. There are seven dining options to chose from. These include casual fare in Eastway brasserie, traditional English pub food in the George Pub and authentic Japanese cuisine in Miyako. Wi-fi, local phone calls, a healthy organic mini bar and 24 hour access to the Andaz Health Club are all complimentary. No wonder it’s a favourite of Queen Bey and Jay Z.

Prices start from around £179 per night; ondonliverpoolstreet.andaz.hyatt.com