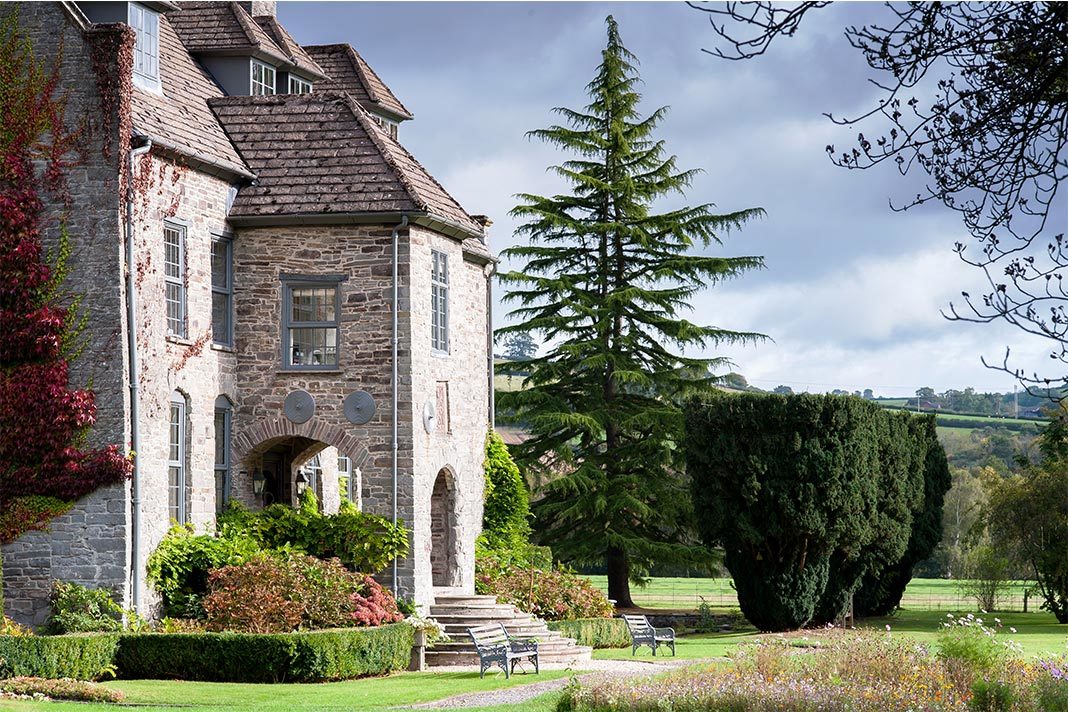 Book yourself a luxurious bank holiday getaway at one of the country's most stylish country house hotels...

A lot can be packed into three days so why not make the most of May’s next bank holiday by booking a mini-break? If flights are out of the question, take advantage of some of the Britain’s most alluring areas. Which such rich selection of gorgeous boutique hotels you’re not going to be disappointed. Here are a few of our favourites.

Babington is a beautiful country house with bedrooms nestled in the heart of Somerset. Part of the Soho House Group, it’s lively, laid-back and ultra-trendy. Members are continually popping in for a spa, stay, drink or dine so it maintains a buzzy atmosphere. The facilities are what really do it – a set of outbuildings hold sizeable indoor and outdoor swimming pools, a sauna and steam room, plus a cinema showing films every evening. There’s also a well-equipped gym and, overlooking the kitchen garden, the Cowshed Spa, tennis courts and a cricket pitch in summer.

Rooms from £220 per night, babingtonhouse.co.uk

You’ll be familiar with the work of uber-cool restaurateur Nick Mash from his foodie-favourite gastropub in Kensal Rise. His latest and greatest labour of love has seen him converting a former 1745 pub into a new generation inn. There are five rooms with spectacular garden views, done out in a palette of chic grey. The best part of a weekend getaway to The Mash Inn however, comes from the kitchen. The menu changes twice daily and features treats such as celeriac smoked in the outside fire pit.

Rooms from £100 per night, themashinn.com

This charming, family-owned, country house hotel has won multiple awards and accolades. It’s run by two chefs, Neil and Catherine D’Allen and offers intimate luxury, delicious food and sumptuous accommodation. Based on the coast in Maidencombe, the Manor’s rooms match the food in excellence. Three have simmering private hot-tubs. There’s also a stunning 18th Century Italian fireplace to enjoy a Devon Cream tea in front of.

This is one of Britain’s most exciting new country house hotel in decades. It delivers double-Michelin-starred dining with BBC Great British Menu icon Michael Caines MBE at the helm. He can often be spied striding through the halls in his white chef overalls. The eight-course tasting menu warrants a stay itself.

Lucknam Park is the ‘Rolls Royce’ of country house hotels. It’s housed in an idyllic Palladian mansion set in 500 acres of lush parkland. The quintessential rural escape. Under Executive Head Chef Hywel Jones, Lucknam Park has achieved its Michelin star for the twelfth year. It also boasts a state of the art and award-winning spa and a purpose-built equestrian centre.

Rooms from £260 per night, lucknampark.co.uk

Salthouse Harbour Hotel occupies one of Ipswich’s prime locations on the waterfront. It combines the city’s maritime history with a unique modern style for the perfect UK getaway. Rooms are classy and come in various shapes and sizes. We recommend pushing the boat out and scoring one of the larger, more spectacular stays in the modern extension.

Rooms from £304 per night, salthouseharbour.co.uk

Llangoed Hall is a wonderful hybrid of country house hotel, private residence and art museum. Today the hotel recreates the charm and magic of the Edwardian era. With exquisite dining and the Brecon Beacons on the doorstep you are your guests are sure to have a blissful stay.

Chris Harrod, chef patron, and his wife Kirsty, manage a stylish restaurant with rooms. Their emphasis is on an experience of excellence throughout. They have already won a clutch of awards, including a Michelin star. Chris and his team prepare locally sourced, original fine cuisine. To place has eight comfortable rooms overlooking the glorious Wye Valley. Four rooms have been recently redesigned to a new standard of contemporary comfort, style and excellence.

Rooms from £223 per night, live.high-level-software.com

Gilpin Hotel and Lake House is the only 5* hotel in the Lakes and its restaurant was awarded its first Michelin star this year.  Last year they launched five luxurious detached Lodges. Each is cedar-clad with a fabulously private en-suite spa. They also boast a treatment area, steam room, rain maker shower, roll-top bath, sauna and hot tub surrounded by a walled garden. If that’s not enough, you’ll enjoy wonderful views over the gardens to the Lake District moors.

Rooms from £265 per night, thegilpin.co.uk

Known throughout the world as a host venue for the G8 summit and golf’s 2014 Ryder Cup, the estate offers an unrivalled array of attractions. These include a five-star luxury hotel, three championship golf courses and an award-winning spa. Chef Andrew Fairlie additionally offers two-starred Michelin food. What more could you possibly need?

Rooms from £355 per night, gleneagles.com