Home Travel Long Haul Galapagos: The Trip of a Lifetime 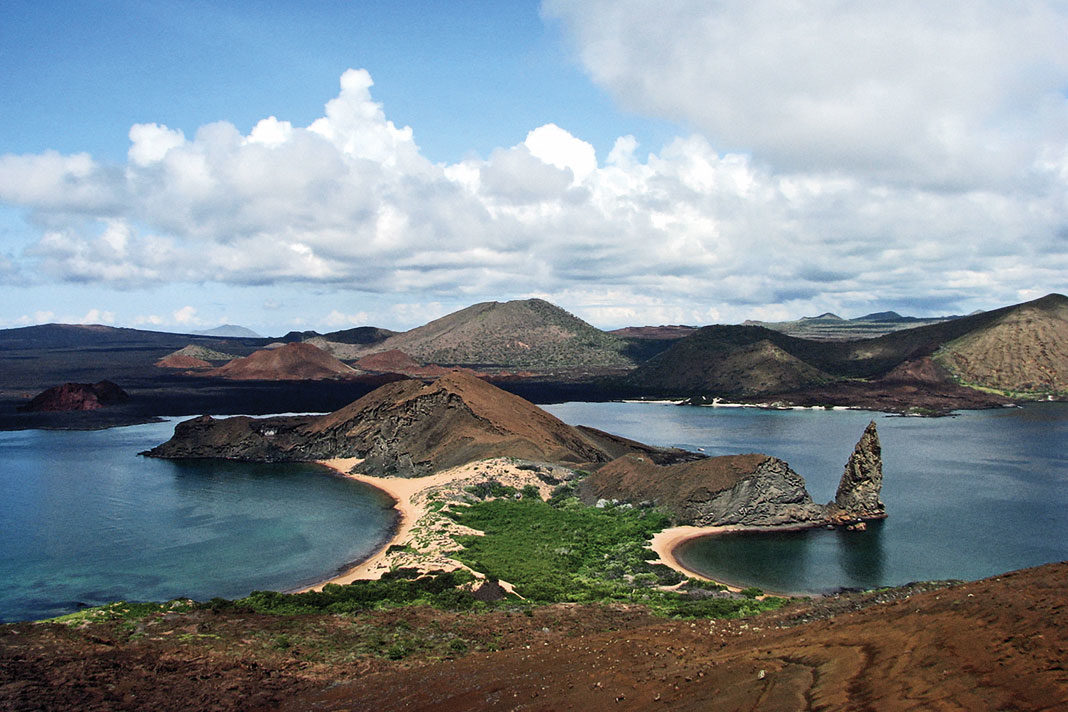 It’s almost impossible to describe how bizarre a cruise around the archipelago of Galápagos really is. Unlike a jungle safari or rainforest trek, the animals here are like actors, ready and waiting for their audience to arrive. Step off the speedboat onto one of these deserted islands, and within seconds you’re standing in between a sea lion and marine iguana, neither of them at all affected by the dozens of cameras pointed in their direction.

With less than 75,000 people visiting the archipelago each year, this is the trip of a lifetime and it doesn’t disappoint with impossibly white sands, turquoise seas and black lava rock setting the scene for even more incredible animals. With many islands uninhabited by humans, it’s easy to believe you’re the first to walk the unspoiled land and discover what Metropolitan Touring like to call the Galapagos Big 15.

As the original inspiration behind Charles Darwin’s theory of evolution, explained in revolutionary work The Origin of Species, the volcanic islands are a constant source of mystery and intrigue for naturalists and tourists alike. As a result, days spent aboard the Santa Cruz II ship start early with a 7am wake up call – unheard of while on holiday – but setting an earlier alarm to watch the giant sun rise up from the sea is a good idea.

While the landscape is beautiful it’s the wildlife people come to see. While some of the animals are endemic to a particular island – such as the world’s only flightless cormorant that can only be found on Fernandina and Isabela – sea lions in Galapagos are so common the locals calls them dogs. Swimming with the adults and their pups around Santa Fé, however, is something I’ll never forget. Resurfacing from pacific, I couldn’t wipe the smile from my face – until I looked back down. There, right below me, were two white-tipped sharks. Even though they’re completely harmless, their jaws-like silhouette still took my breath away. Thankfully for those who can’t bare the thought of swimming in the depths of the ocean, the Santa Cruz II has its own glass bottom boat so no one misses out.

Back on land, the flat places of Española are particularly special. As the sole breeding ground for the entire population of the world’s waved albatross we stumbled across three of the giant birds performing their mating dance. Famed for their hilarious drunken waddle and intricate mating ritual, we watched on as we the male clacked beaks with both females; evidently the albatross men are just as indecisive as their human counterparts. The views found at Española are also the best with black lava rock and jagged cliffs creating a prehistoric landscape like nothing else. No sooner than we sat down on the rocks, a blowhole erupted in front of us; it seems there is no end to the wonders of Galápagos.

Ecuadorian food highlights include lapingacho (fried potato cakes made with quesillo cheese, cooked on the griddle till golden, and served with chorizo and avocado). These are so good we’d rush to breakfast in hope that they were waiting but alas, they were a one-time thing. For lunch, the hearty locro soup is must-eat national dish. The warming and delicious potato stew is a classic corn, bean and potato soup that you top with avocado, cilantro and cancha corn nuts.

To experience all Ecuador and the Galápagos have to offer, you logistically need nine days. We flew in to Quito and stayed in the beautiful 5* boutique hotel Casa Gangotena for two nights. Overlooking the Plaza San Francisco in the Historic Center, the mansion begins to feel like an extremely lovely second home. From here we flew to Baltra airport before boarding the Santa Cruz II. After four nights out at sea, we arrived at the Finch Bay Hotel which was a welcome return to dry land. This chic ecolodge is set on the beachfront of Puerto Ayora and has the most incredible pool so we made the most of the opportunity to relax and happily sat poolside with a mojito in hand. This is the way to travel for sure.

While there’s no denying the entire trip was luxurious – with giant beds, wifi and a seemingly endless supply of pisco throughout – those onboard the Santa Cruz II still made it feel like we were one of the first to visit the archipelago. After all, isn’t that the point? To step into Charles Darwin’s shoes and experience it all as he found it in 1535.

Journey Latin America offer 9-day and 11-day holidays to Ecuador and the Galápagos Islands, including nights at Casa Gangotena, Finch Bay Galapagos Hotel and nights on board Santa Cruz II from £5,538-£6,788 per person.