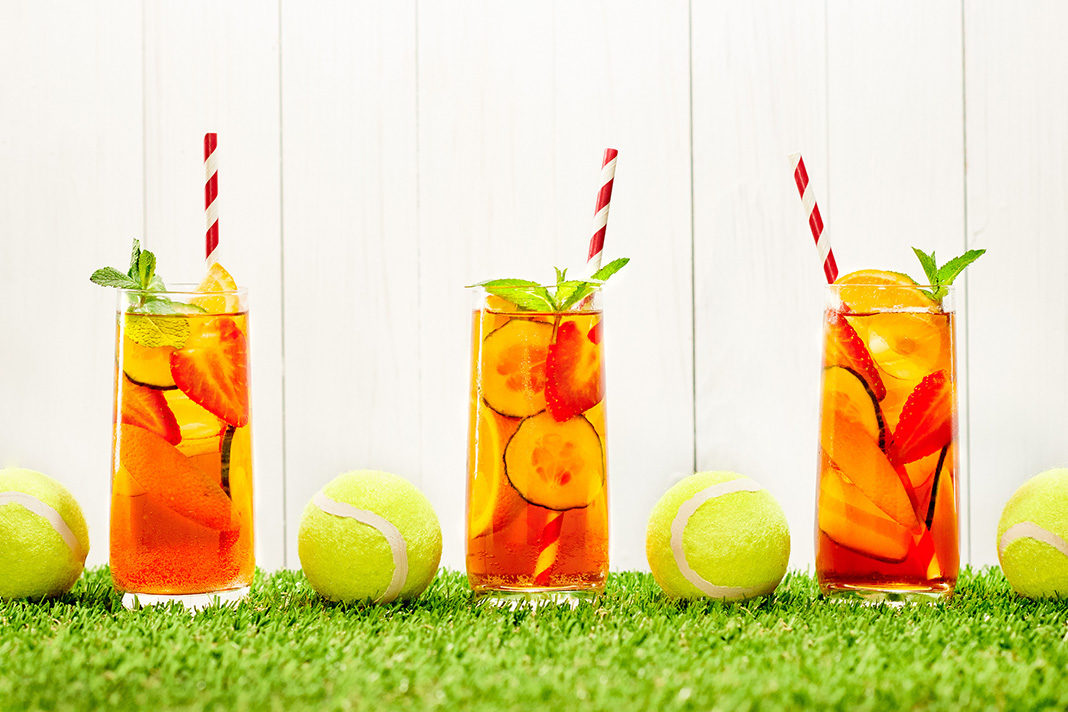 A little bit of Wimbledon action, a load of al fresco fun and a few festivals thrown in for good measure; here’s what not to miss this weekend in London 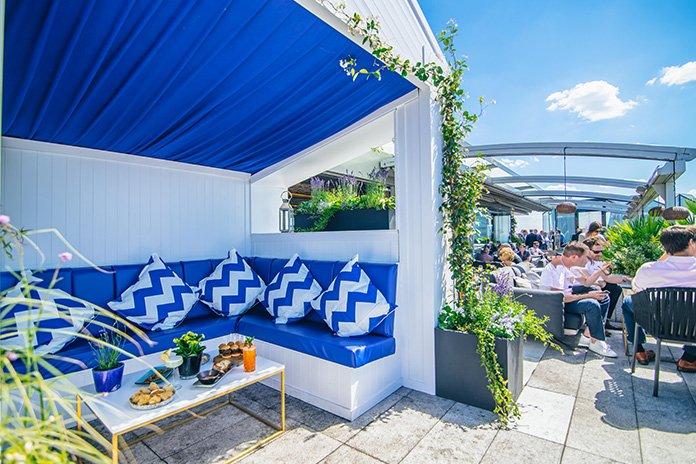 ME London’s iconic Radio Rooftop has been transformed into the ultimate inner-city oasis for summer. Guests can kick back and relax in one of three Spanish-inspired florangeries while lapping up some summer sun and al fresco fun. Packages vary per cabana but all include welcome cocktails, a bottle of spirit, mixers and a selection of summer canapes. 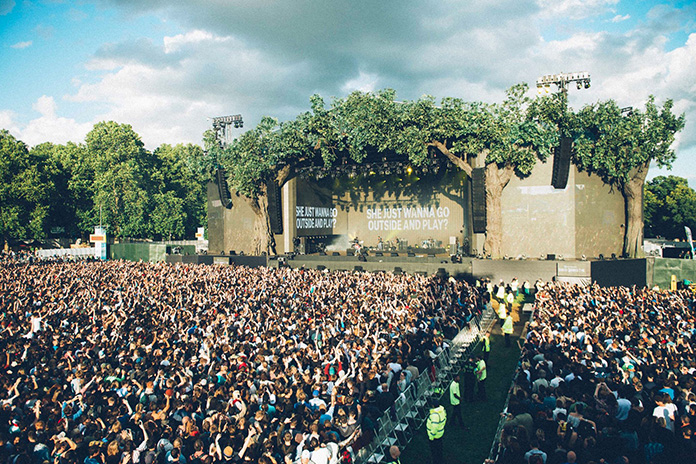 Barclaycard presents British Summer Time Hyde Park is the summer extravaganza that draws crowds from far and wide for live music, comedy acts, film, food stalls and more. Things kick off from 6 July with Roger Waters, while other highlights from the two-week line-up include Bruno Mars, Eric Clapton, Michael Buble and The Cure. 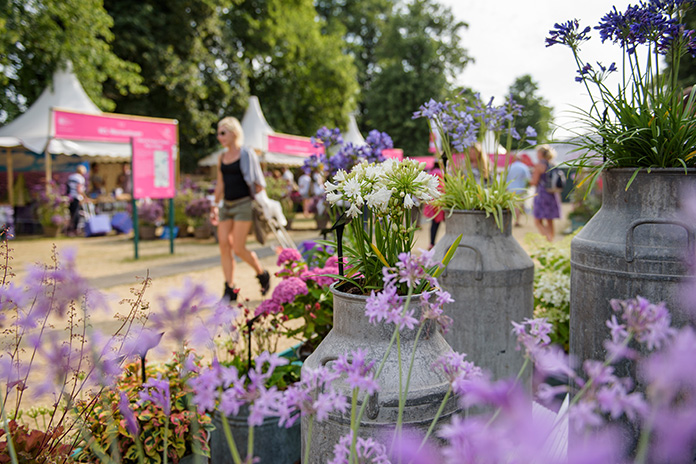 The Royal Horticultural Society’s largest flower festival is back in the grounds of Hampton Court Palace with exciting new content for 2018 including iconic horticulture, a mass planting of Verbena bonariensis and an immersive feature taking visitors on an explorative journey through time. This weekend is your last chance to catch the show which this year is celebrating iconic figures of the horticultural world. 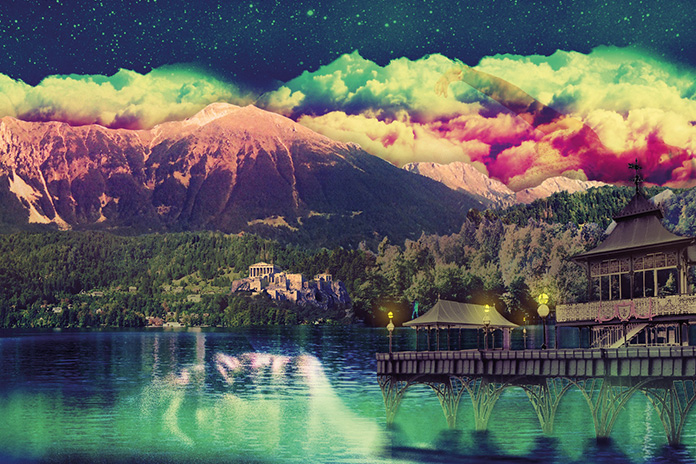 Deep beneath Waterloo Station the sights, sounds and sorcery of Disney Fantasia are brought to life in the latest experience at The Vaults. Wearing individual headphones, audience members will be guided around the reimagined words of the iconic Disney film by a 96-piece orchestra where they can dance with funky hippos, walk-in prehistoric wasteland and seek out the fairies in a forest of ethereal dreams. 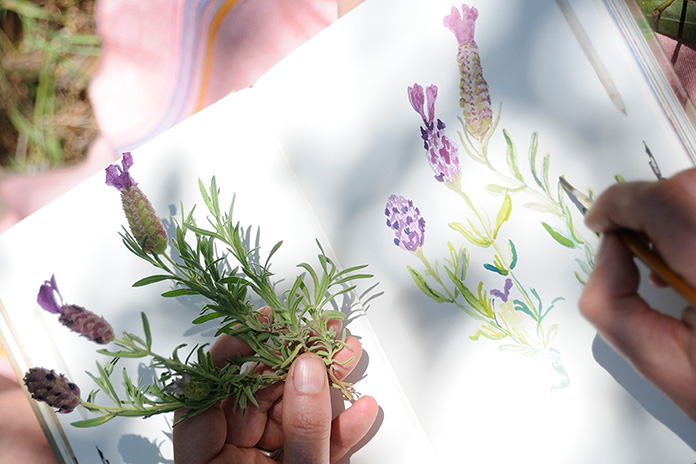 Zoe Burt and Marianne Wie are the co-authors of Nature Journal, a recently released book available as part of the curated offer for the Fashioned from Nature exhibition at V&A. Here, the pair will guide you through the process of print making and painting in a one-off botanical ink workshop. 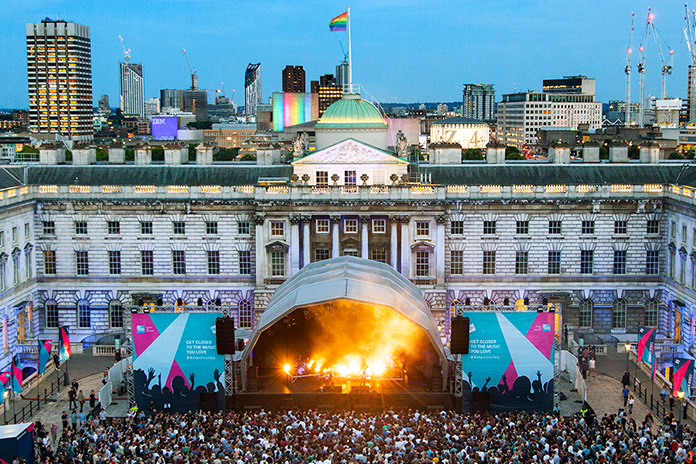 The Summer Series with American Express returns to Somerset House’s iconic courtyard between 5-15 July with a stellar line-up of established and emerging artists. A highlight in London’s festival calendar, this year the eleven-night series welcomes Sigrid, Don Lets, David Rodigan and more, plus displays, workshops, performances and pop-ups for all ages.

PIMM’S AND WIMBLEDON AT THE REFINERY BANKSIDE 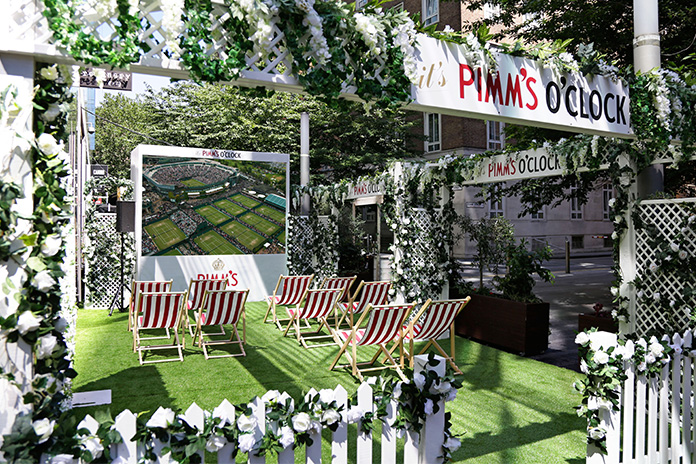 It’s Britain’s favourite summer tipple and the official partner of Wimbledon, so where better to watch the tennis this weekend than at the Pimm’s screening garden. The Pimm’s garden has popped-up at The Refinery Bankside with a large screen to catch the action, deckchairs, a Pimm’s bar and a photo-ready flower wall. Instagrams at the ready.

Guests are encouraged to book in advance by visiting drakeandmorgan.co.uk/booking, and walk-ins will be operating on a first come, first served basis. 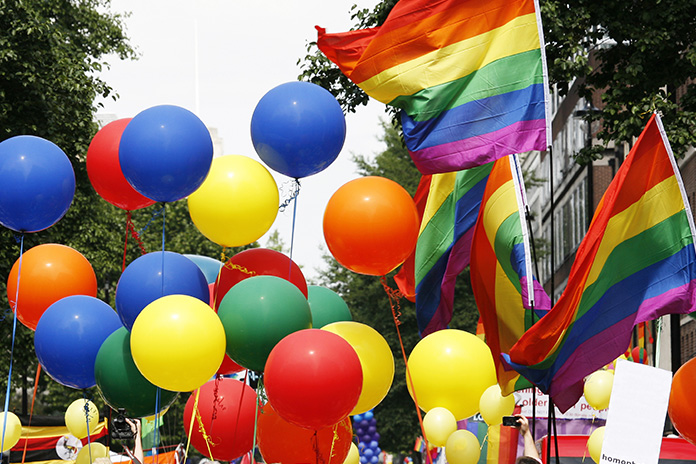 Prepare to see Soho come alive this weekend as Pride London returns with more colourful fun and festivity than ever. The annual parade will be setting off from Portland Place at midday on Saturday 7 July, taking in the wealth of Pride podiums and parade hosts who will be popping up amongst London’s most iconic landmarks. Many of the capital’s eateries and bars will be joining the party too; expect limited edition menus, colourful cocktails and late-night partying.