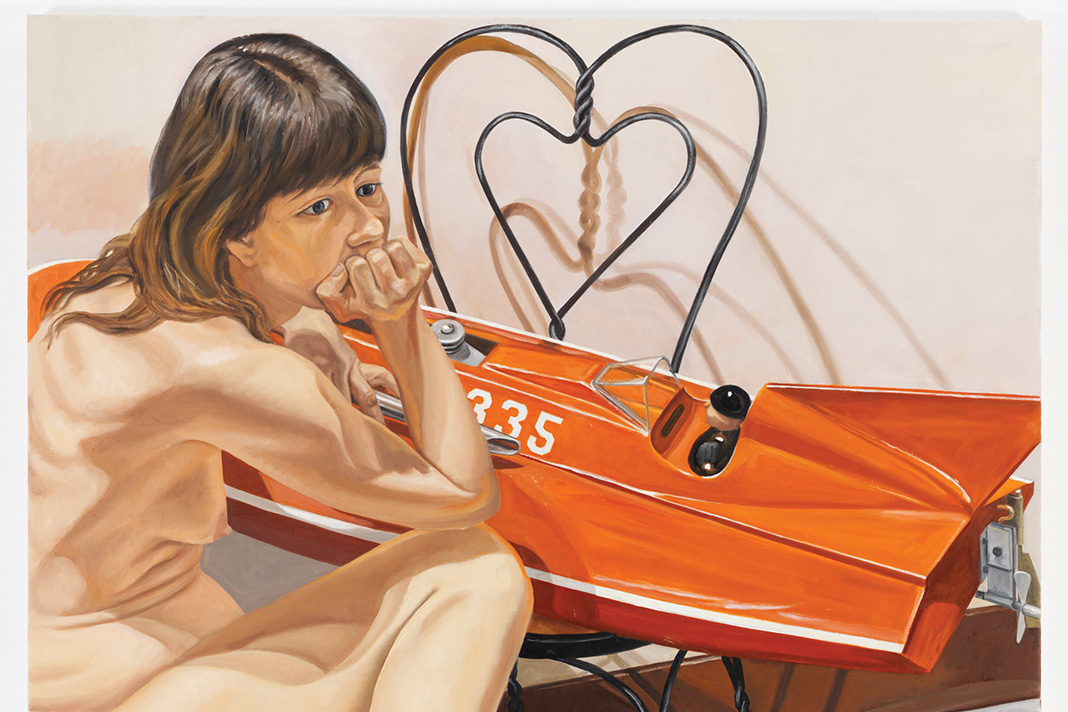 From modern art to old classics in children’s theatre: here’s our best pick of things to see in London this January

Here’s what’s on in London this month… 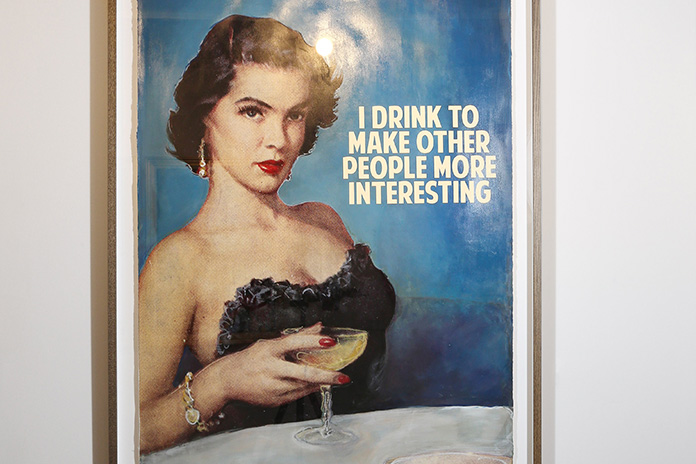 Maddox Gallery’s Autumn Contemporary exhibition sees the continuation of the new RETNA artworks – which are bold and dynamic – alongside a showcase of some of the world’s most sought-after artists including Bradley Theodore, David Yarrow, The Connor Brothers and Andy Warhol. 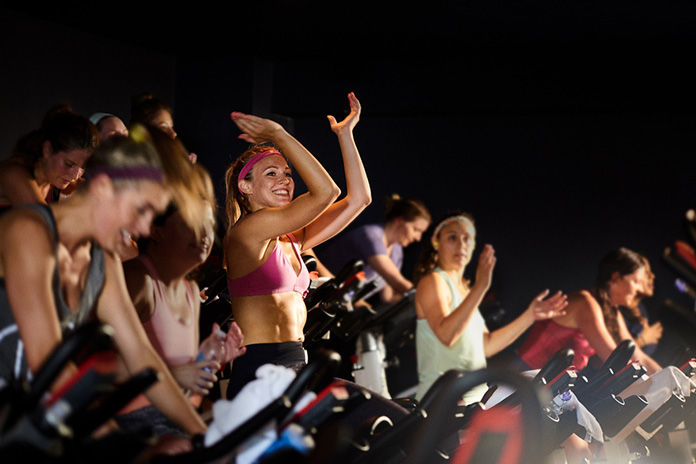 Boom Cycle Monument is hosting the first in the series of events this year with breast cancer awareness charity, CoppaFeel! The evening includes a Boom Cycle 45 minute empowerment-themed ride, followed by hair braiding with Get Braided and a talk hosted by a CoppaFeel! boobette. The CoppaFeel! team will be on hand to educate people on the importance of checking their boobs regularly (not just for women either) and knowing the signs and symptoms of breast cancer. Each ticket includes a ‘You’re Awesome’ charity vest, pink bubbles and treats aplenty.

Tickets are £30 and available to book here. 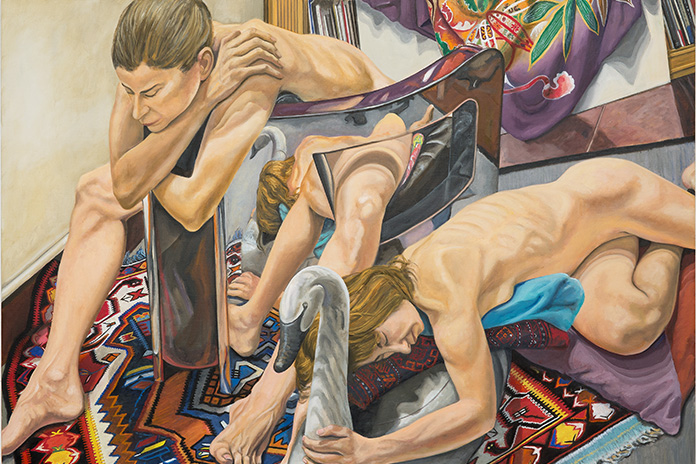 “By 1960, I decided I didn’t want to express other artists’ ideas any longer. I wanted to paint what was in front of me,” said Phillip Pearstein, pertaining to a shift from expressionism to realism. This show is a celebration of his later works, in particular his depiction of the human nude. A must for those familiar or new to his work, it highlights the complexity in his paintings that continues in his work today. 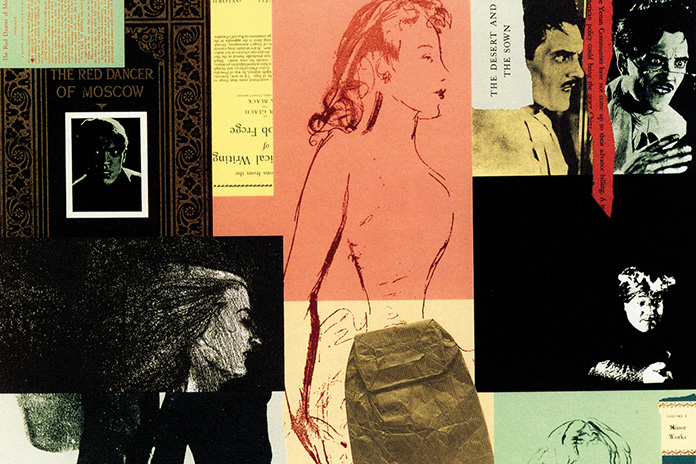 British printmaking had its heyday in the 1960s, following a boom which enabled a wider audience to acquire the work of contemporary artists. Two Decades – British Printmaking in the 1960s and 1970s features the artists most prolific in the revival of this art form; from the experimental to the innovative, there is much to be enjoyed.

Destinations: The Holiday and Travel Show returns for its 25th anniversary with a jam-packed line up that is bigger and better than ever. With over 550 travel brands in the London edition, the event showcases the best in leading and independent tour operators, over 70 tourist boards from across the globe, vibrant entertainment and street food experiences from around the world. This year, don’t miss professional travel photographers, Steve Davey and Paul Goldstein, who will be leading Travel Photography Masterclasses. Sharpen your skills, iron out bad habits and have a better understanding of your camera’s functions to enhance your travel images. Here’s to a snap-happy holiday.

Each session costs £30 and can be booked here. 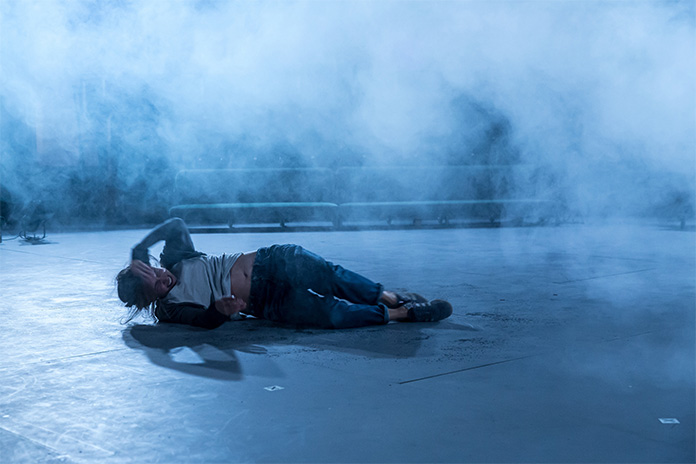 Kat wakes up one morning, leaves her family and travels to London to carry out an act that will change her life. Raw disturbing and compassionate, James Fritz’s powerful play forces a confrontation with some of the most urgent questions we face. What can one individual do to effect change? How far would you go for what you believe in? 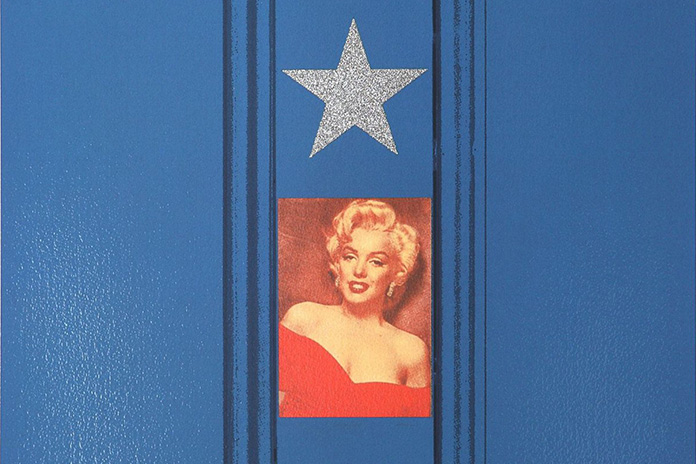 One of the twentieth century’s leading British artists, Sir Peter Blake’s work reflects his fascination with all streams of popular culture, and the beauty found in everyday objects. Hicks Gallery’s first show of 2018 features his rarely available prints and a truly unique opportunity to purchase iconic pieces by the ‘Godfather of British pop art’. 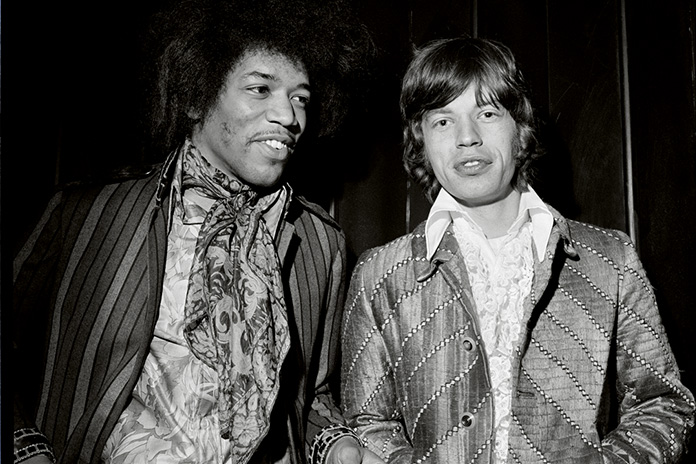 Photographer Alec Byrne rose to prominence by putting a spotlight on the exhilarating, young musicians of the 60’s and 70’s. From Mick Jagger’s explosive performances to tender portraits of a young Bowie, Byrne captured them all. London Rock: The Unseen Archive brings to the forefront his rediscovered portfolio in an inquisitive look at London’s music evolution. 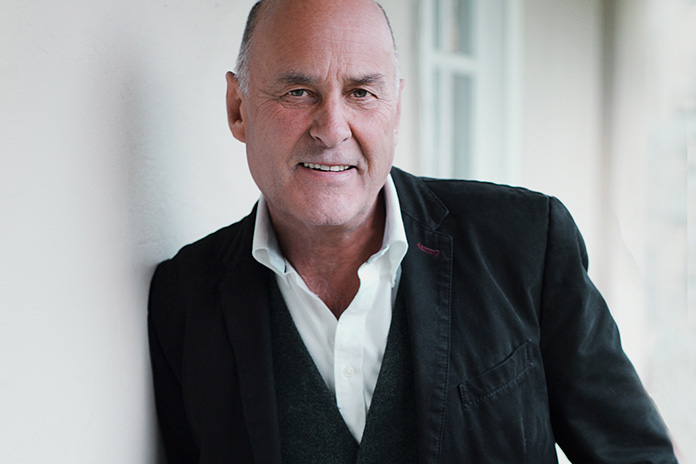 Better known for securing some of the biggest property deals in West London, Finlay Brewer is opening its doors to the art world to auction the work of one of the world’s most celebrated landscape photographers. A Direct Fellow of the Royal Photographic Society, Charlie Waite will be exhibiting some of his best work, ranging in price from £2,100 to £10,150, at Finlay Brewer’s Brook Green branch, as well as providing an intimate lecture on his life and work.

LANDSCAPE STUDIES OF A SMALL ISLAND 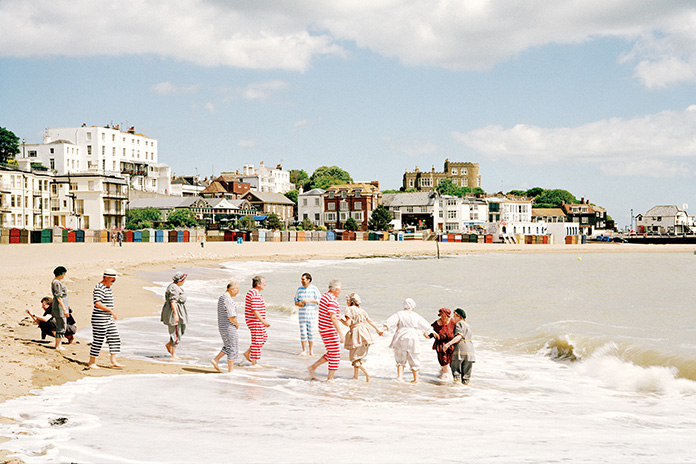 For over a decade, Simon Roberts has photographed events and places across Britain that have drawn people together. Landscape Studies of a Small Island brings together his iconic images which are linked to the British landscape and the economic and political theatre that has helped define recent history.

THE LIFE OF JULIE COPE 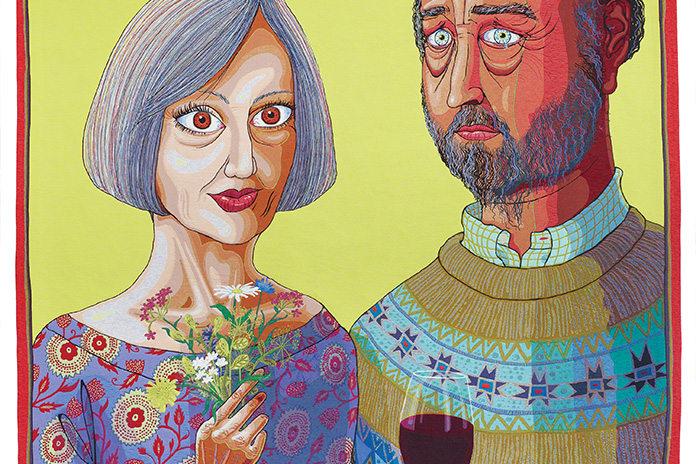 This unique presentation consists of tapestries, woodcuts, ceramics and tiles designed by Grayson Perry for A House for Essex. The building was designed by the artist to serve as a secular chapel to the memory of a fictional Essex women, Julie Cope. The exhibition includes all four large-scale tapestries made for the house, as well as sketchbooks, drawings and photographs. 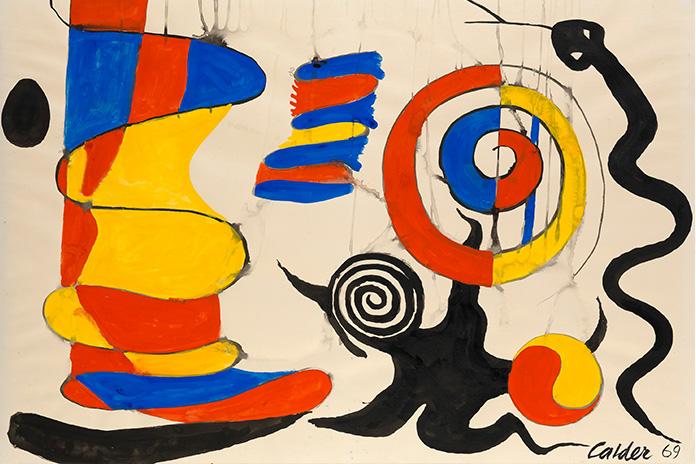 The London Art Fair is celebrating its 30th anniversary with an extravaganza edition, showcasing exceptional modern and contemporary art from leading galleries around the world. 131 exhibitors will participate in this year’s fair, attracting galleries from across five continents to the capital. Expect a host of renowned artists including Andy Warhol, Joan Miro, Pablo Picasso, Banksy and Damien Hirst. 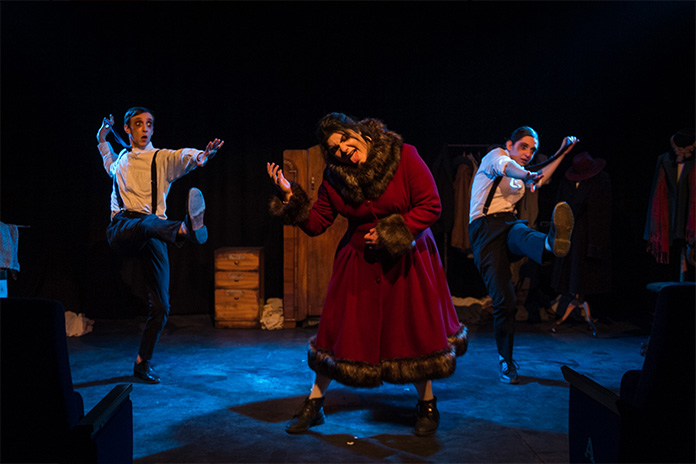 Fresh from the success of Heart of Darkness, Scandal and Gallows Theatre is back with Nikolai Gogol’s short story. The Overcoat’s protagonist never asked for much in life, but things change when she sets her sights on something new. A dark and absurdist staging of this short story, with commentary on social disparity that’s still relevant today. 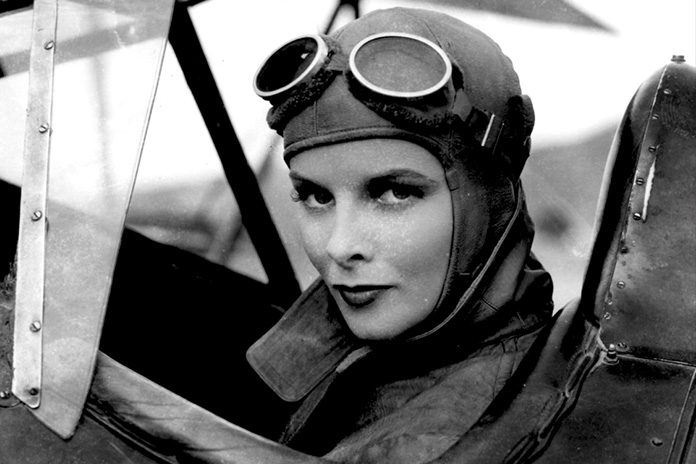 Hypatia Tarleton, uneasily engaged to bright yet immature aristocrat Bentley Summerhays, longs for adventure to drop from the sky. And suddenly, it does. George Bernard Shaw’s playful comedy about class and feminism gets its first major revival in 30 years. 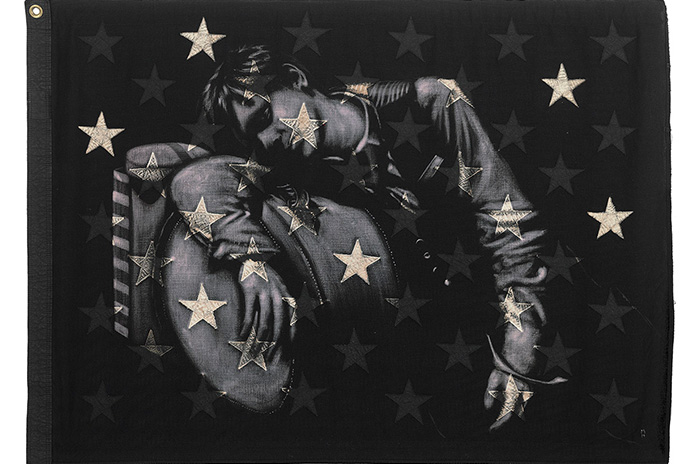 Playing with our notion of female identity in society, Pam Glew’s work is profound and beautiful. This latest exhibition reignites her dialogue around themes of sustainability vs waste, light vs dark, using her familiar stitch, paint, bleach and dye to potent effect. 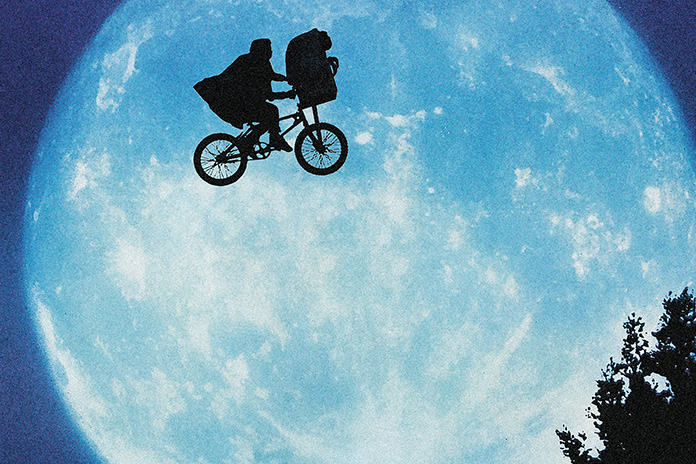 Escape into Steven Spielberg’s heartwarming masterpiece, with John Williams’ Academy Award-winning score performed live by a full symphony orchestra. One of the greatest films in motion picture history, E.T. the Extra-Terrestrial follows the moving story of a lost alien who befriends a 10-year-old boy named Elliot. Experience the unparalleled magic, mystery and imagination of their adventure in this must-see for the whole family. 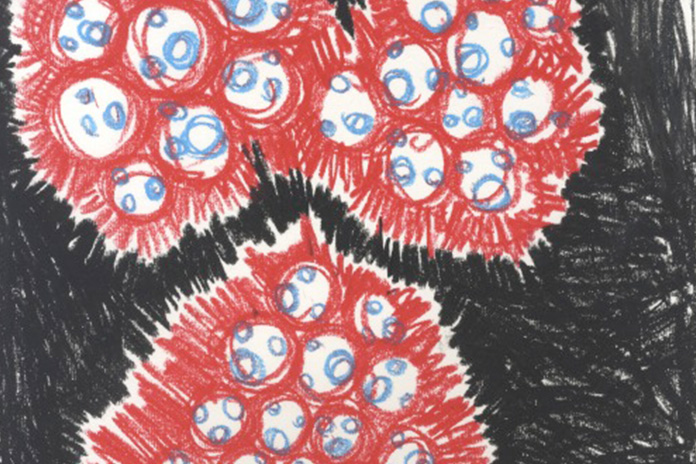 In the NOW Gallery’s third fashion commission, Charles Jeffrey will showcase his vibrant and emotive illustrations, amplified in a three-dimensional representation of his LOVERBOY brand and cult club night. Charles’ emotive and vibrant works will be interpreted afresh through large sculptural pieces, which invite you to open up to your alter ego and let creativity take over in an exploration of the realm of identities. 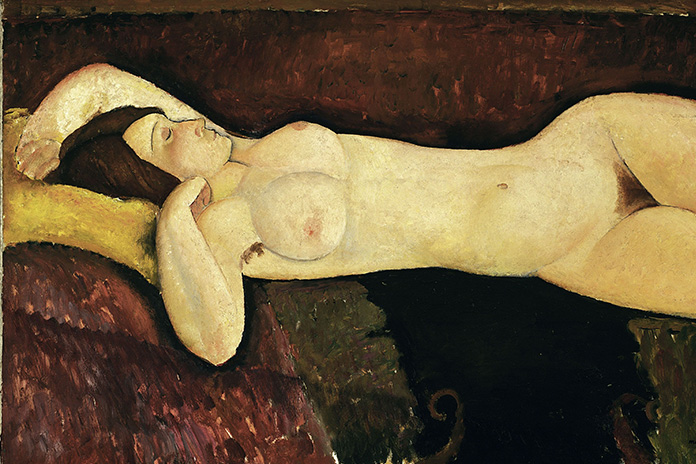 During his brief and turbulent life, Modigliani developed a unique and instantly recognisable pictorial style known the world over. His emotionally intense portraits and seductive nudes, though controversial during the early 1900’s, are now among the best-loved paintings of the 20th century. See them together under one roof, alongside portraits of his supporters (Picasso and Brancusi)friends and lovers.