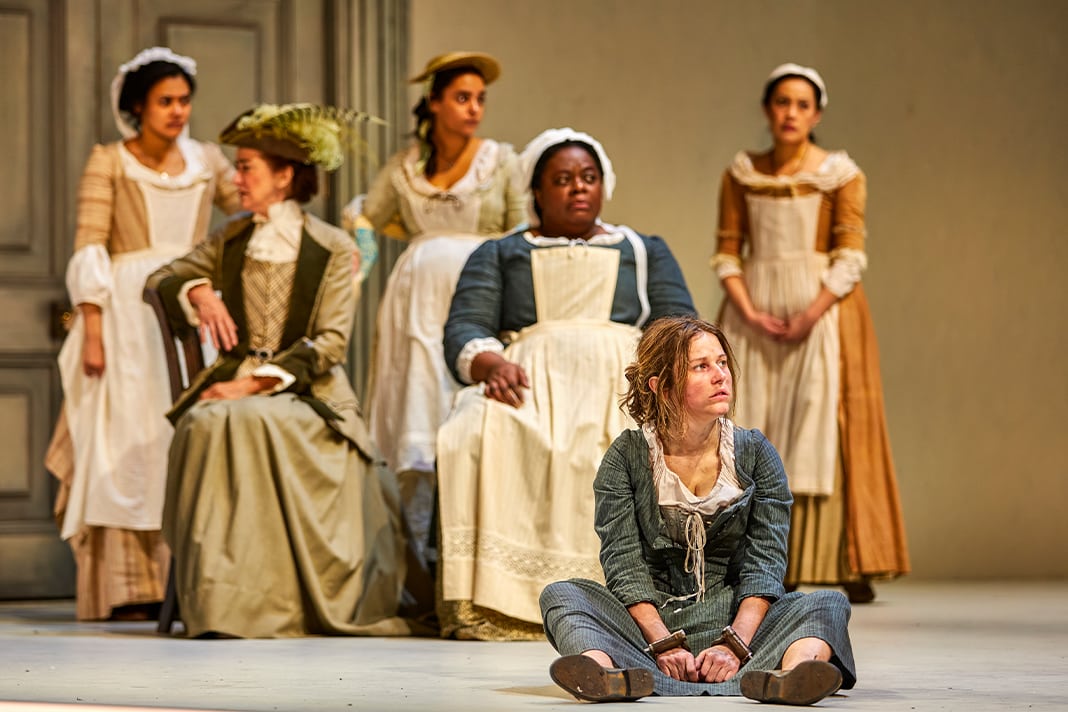 Absolutely London reviews The Welkin, a new play by Lucy Kirkwood at The National’s Lyttleton Theatre

Despite its setting in mid-18th century rural Suffolk, The Welkin feels contemporary in many ways. Issues of democracy and majority rule, of #MeToo, housework and women’s bodies all feel relevant. This play is by turns comedic and harrowing, in a fundamentally female way. Conversation that switches seamlessly between bodily fluids, concepts of justice and whether or not to open the window is somehow characteristically feminine.

The striking opening scene is captioned ‘housework’; the curtain rises to reveal a live tableau of women performing the mundane maintenance tasks that make up daily life in the 1750s. A baby is crying, movements are repetitive and the scene is backlit with a stylised and rhythmic feel. This is their world. Next we see Maxine Peake as midwife Elizabeth Luke, churning butter as she is called upon to take part in a jury of matrons, a tradition dating back to medieval times in which 12 married women with experience of childbirth are required to make a collective decision as to whether a woman claiming to be pregant is telling the truth. Sally Poppy has been sentenced to hang for the brutal murder of a child, but ‘pleading her belly’ means that she’ll be ‘transferred’ to America instead. But how to tell if she’s lying? 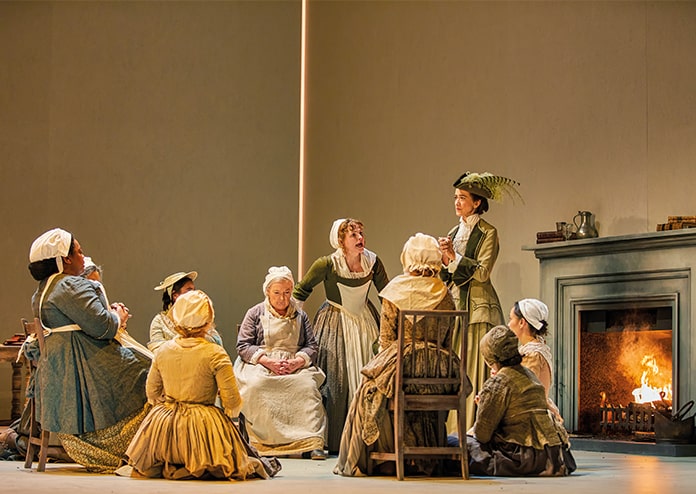 The jury is locked in a room to decide. Ria Zmitrowicz as Sally Poppy is brilliantly angry and unlikeable; the women bitch, bicker and gossip; Elizabeth Luke knows most of them through having delivered their babies and their stories intertwine. The launguage is sweary, the rural accents possibly a little overdone, and secrets are revealed.

Bunny Christie’s beautiful set and costumes look like a painting, with a cleverly positioned square of light at the back of the stage creating a sense of perspective. Muted shades and linen dresses create a strong look and a collective rendition of Kate Bush’s Running Up that Hill is a surprising moment, moving and apt.

The Welkin continues until 23 May and will be broadcast to over 700 cinemas on 21 May as part of NT Live; nationaltheatre.org.uk