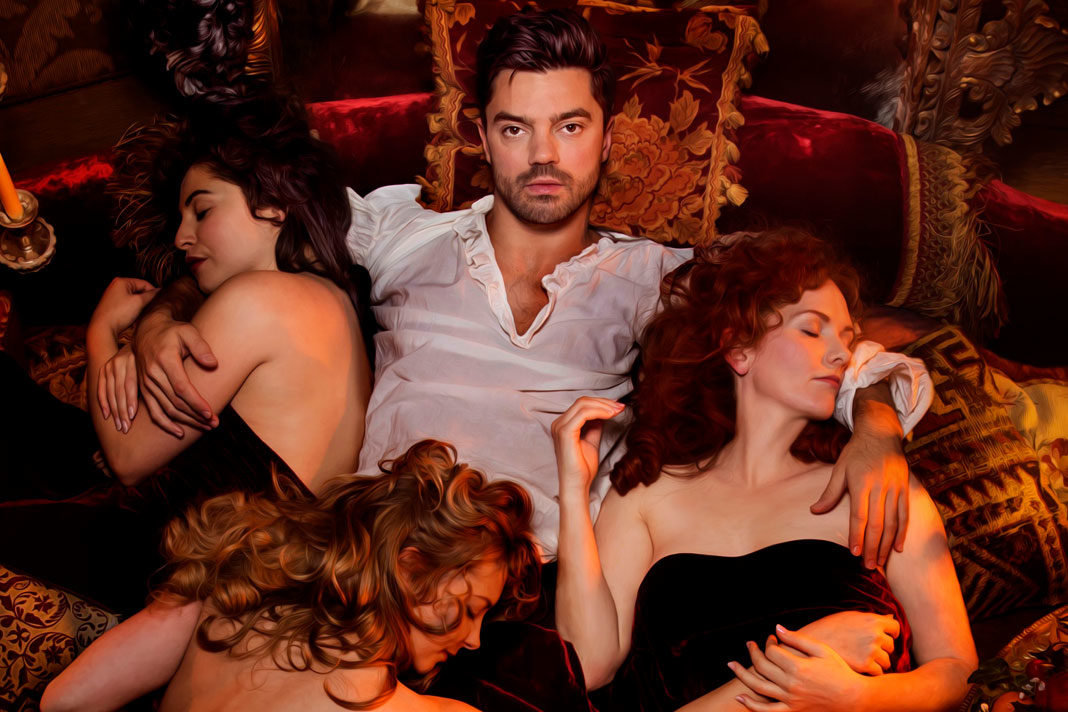 It’s the late seventeenth century and Charles II is at the helm of a newly restored monarchy. Among his courtiers is one of the most controversial men of his generation, the dazzlingly debauched John Wilmot, the Second Earl of Rochester.

His unbridled womanising and extravagant party-boy ways lent inspiration to his play writing, which was the closest thing that era got to hard-core pornography. After watching the sub-standard performance of rising actress, Elizabeth, Rochester takes her on as his protégée to bring her up to his exacting standards – both on stage, and unsurprisingly, in the bedroom.

With his wife and his favourite prostitute, Elizabeth becomes the third member of Rochester’s trinity. As the play unfolds, we watch his inelegant downward spiral as a severe drink problem takes its toll and the women in his life turn against him. 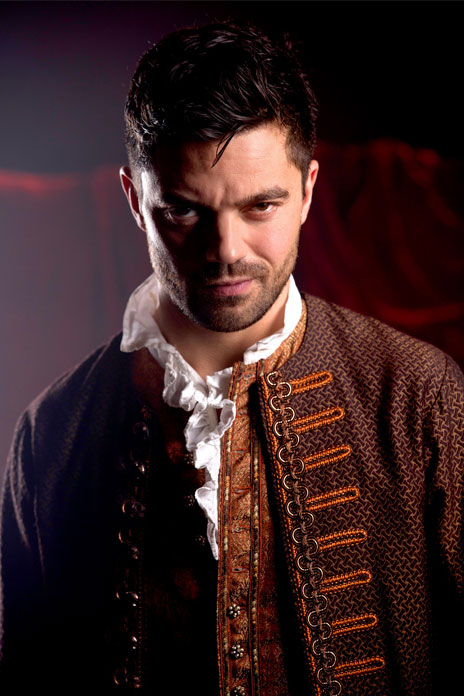 Dominic Cooper is captivating in the role of this satirist whose name became synonymous with debauchery. His Rochester is bawdy at times and brooding at others. Despite asserting in his opening monologue, “You will not like me, I don’t want you to like me,” it is difficult not to warm to his complicated characters’ charisma. His delivery of Rochester’s many monologues is done exceptionally well, in particular this opening piece which breaks down the fourth wall before the audience has barely had a chance to take their seats. Not typically known for comic roles, Cooper’s comedic timing is accurate and his gibes with Jasper Britton’s splendidly flamboyant Charles II were an evening highlight.

Slight criticism must be given to Rochester’s interactions with the women in his life; all of which felt a bit one dimensional and flat. Notable mention should, however, go to Nina Toussaint-White, whose supporting role as Rochester’s favoured prostitute, Jane, offers an unsettling and oven-times moving insight into the life of a 17th century prostitute.

Those of a prudish disposition will most certainly find the play uncomfortable, however Cooper’s totally unapologetic portrayal of Rochester no doubt offers an intriguing insight into the life of this self-destructive satirist.

The Libertine at Theatre Royal Haymarket runs from the 22nd September to the 3rd December 2016.