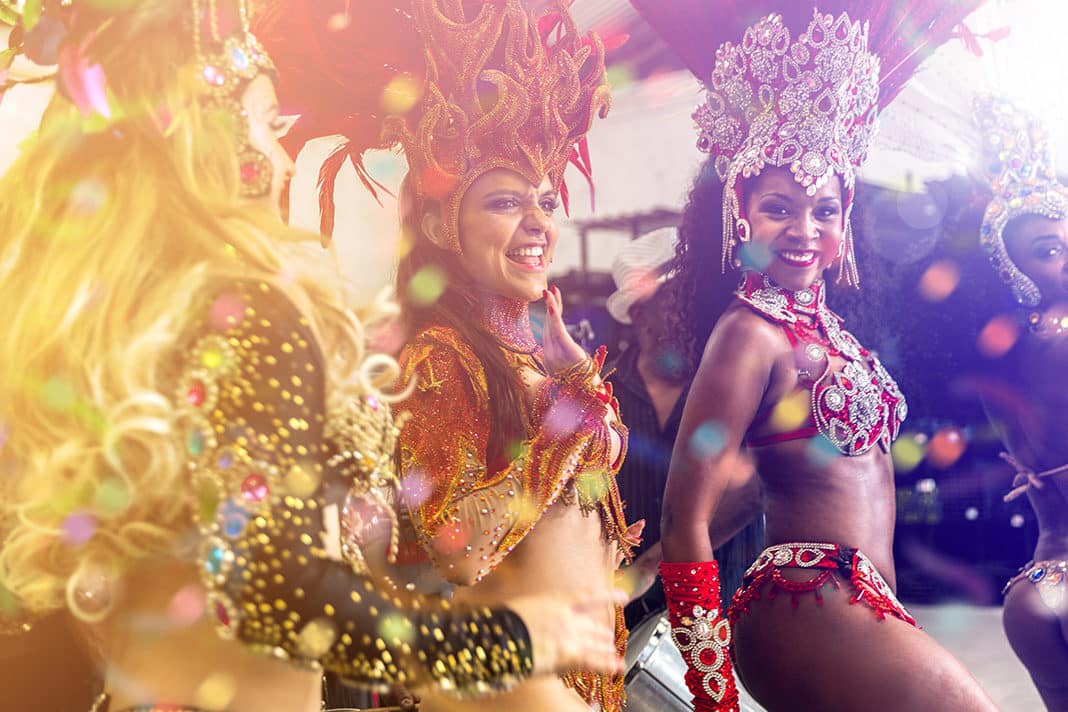 Ahead of Notting Hill Carnival, we’ve rounded up the best carnivals around the world and when to see them

With Notting Hill Carnival set to tear up the streets of west London this weekend, the experts at the language learning app Babbel share their insights and tips for making the most of the world’s best carnivals.

The best carnivals around the world

Celebrated every August, Notting Hill Carnival is one of the biggest street festivals in the world. The festival as we know it started in 1966, but its antecedent was a ‘Caribbean Carnival’, organised in 1959 by the immigrant community of Trinidad and Tobago, as an inclusive response to fraught race relations at the time. Held over the August Bank Holiday, people line the streets of Notting Hill to enjoy the parades and listen to reggae and salsa music. Notting Hill Carnival is today a cultural institution, and in 2006 Britons voted and crowned it as a ‘national icon’. 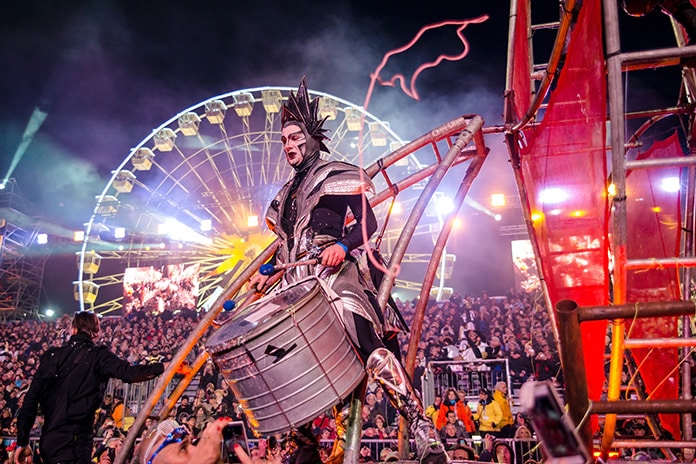 Although the Nice Carnival has been happening since at least 1294, it was reinvented as an organised parade in the 19th century. Held every year, along the French Riviera, the carnival attracts over a million visitors and is often referred to as Europe’s answer to Rio de Janeiro’s Carnival. Every year there is a distinct theme, and parades are held throughout the day and night, with different floats and over a thousand dancers. One of the highlights of the celebration is ‘La Bataille de Fleurs’ (The Battle of Flowers), during which flowers are thrown from the floats to excited spectators who try to catch them.

Venice is home to the classic old-world Carnival experience. The city has been celebrating Carnival longer than anywhere else in the world, with records dating as far back as the 11th century. It takes place every year in the weeks leading up to Shrove Tuesday, although the most important carnival days are between the last Thursday in February and the last day of the festival, also known as ‘Fat Tuesday’. Masks played an important role in the origins of the festival, as revellers would wear them in order to disguise themselves, enabling them to hide their class or social status. To this day, people attending the festival still wear masks, and on the last Sunday and Tuesday of the carnival, an award is given for the best costume and mask.

The Carnival in Cádiz, known for its humour and satirical parades, has been celebrated since the 16th century. Originally inspired by Venetian festivities, it is the oldest carnival in Spain. The party lasts for eleven days, and the whole city participates. Unlike other carnivals which are known for their spectacular costumes and decorations, the Carnival of Cádiz prides itself on being particularly imaginative and clever when it comes to costume designs. Traditionally, rather than using masks, the participants simply paint their face, while the costumes are normally based on satirical interpretations of current affairs. The main focus of the carnival are the satirical performances, most famously given by groups known as ‘comparsas’ and ‘chirigotas’, who train all year to perform songs about current affairs and compete in the ‘Official Contest’ which is broadcast on regional television channels and radio stations. 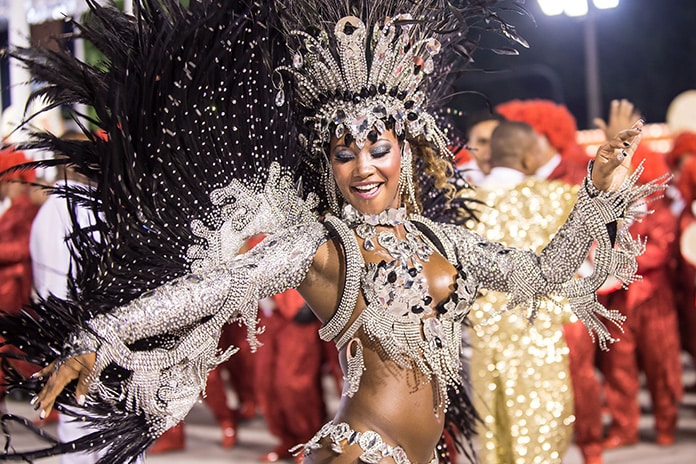 The Rio Carnival is probably the most iconic carnival in the world, and is also one of the biggest, with an average of two million people attending the festivities. Like most aspects of Brazilian culture, the carnival evolved from a fruitful clash of cultures. The origin (especially musically), can be traced to informal gatherings among Brazilian slaves in the 18th century and to older European carnival traditions brought to Rio de Janeiro by the Royal Court. If you can’t make it to Rio, the carnival is also celebrated in other cities and towns across Brazil. 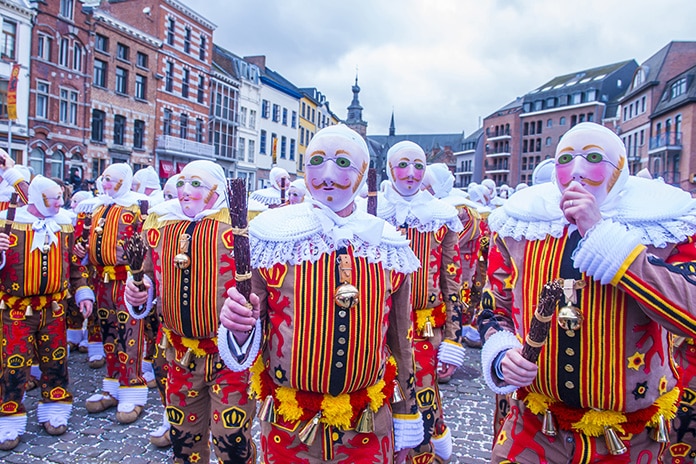 The origins of Carnival of Binche are still unknown, but it is one of the most famous celebrations in Belgium and has even been recognised by UNESCO as a ‘Masterpiece of the Oral and Intangible Heritage of Humanity’. The city begins preparing for the carnival months in advance by secretly making costumes. The costumes are most often inspired by films, political events or current affairs. The most important day of the festivities is Shrove Tuesday, also known as Mardi Gras. Traditionally, male ‘Gilles’, the principal participants of the carnival, dress in decorative costumes consisting of clogs and bells, and wear wax masks with green glasses, which are replaced with large hats with ostrich feathers in the afternoon. The Gilles throw oranges to the spectators and if you catch one it is believed to bring you luck for the entire year.

This world-famous carnival officially takes place on the day before Ash Wednesday, known as ‘Fat Tuesday’. The official start of the carnival, however, at least locally, is recognised as beginning on 6th January, with Mardi Gras marking the very last day of the festival. Visitors travel from all over the country to attend this event in New Orleans and to see elaborately made costumes made from feathers and capes. Spectators are thrown beads (traditionally gold, purple or green in colour) from the carnival floats, which they wear until the following day when the beads are taken off in respect of Ash Wednesday.

The Babbel app for web, iOS and Android makes it easy to learn 14 different languages from 7 display languages. Bite-sized lessons fit into everyday life and are split into useful real-world topics, from introducing oneself, to ordering food and making travel arrangements. The app’s effective game mechanics ensure that learners stay motivated to achieve their goals, with the average user continuing to learn with Babbel for more than 12 months. Uniquely, every course is created specifically for each language pair by a team of education experts, linguists and language teachers.