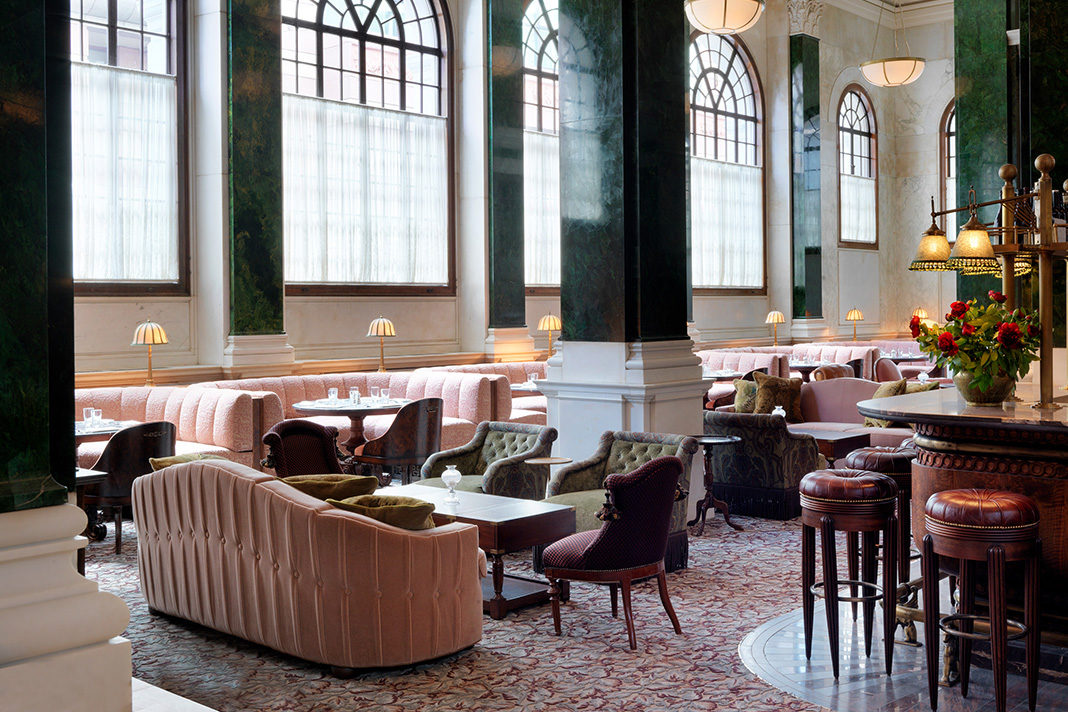 Absolutely visits The Ned, the new City of London members’ club everyone is talking about

The brainchild of Soho House and New York’s Sydell Group, The Ned is a masterclass in how to create a destination hotel. Set in the former Midland Bank building, the vast space, originally designed by Sir Edwin ‘Ned’ Lutyens in 1924, has been updated to include nine restaurants, 252 bedrooms, a grooming parlour and ‘Ned’s Club’, a social and fitness club, where members have access to a rooftop pool, gym, spa, hammam and late night lounge bar. But don’t worry, you don’t have to be a member to visit; hotel guests can access areas usually off-limits to the public and anyone can drop in for dinner, drinks and late-night jazz. Bringing much-needed buzz to the City of London, this is the only place to see and be seen in EC2.

Each room channels 1920s and 1930s design with vintage pieces, hand-knotted rugs and rainforest showers. What sets The Ned apart from most hotels is the attention to detail, from the excellent toiletries – Marvis toothpaste, Cowshed deodorant and more – to the modern hospitality concepts that make all the difference. Busy city-slickers are able to purchase last-minute pieces from NET-A-PORTER and have them delivered direct to their room the same day, and there are pre-mixed cocktails in the mini bar if you want to keep the party going.

Spanning the globe, from Britain to Italy, North America to Asia, the nine restaurants at The Ned will leave you spoilt for choice. The former banking hall is akin to a high-end food court, with each eaterie separated by verdite columns. We particularly loved Malibu Kitchen for the superfood salads and flatbreads and Asian-Pacific-inspired Kaia for poke. Post-dinner unwind with live music at The Nickel Bar, check out the super-cool Vault Bar or head to the rooftop for views of the City.

Ned’s Club Active has a boxing gym, yoga studio and spinning. At the spa (Ned’s Club Relax) there is a 20-metre swimming pool, hammam, sauna and steam room. Pampering doesn’t get much better than at Barber & Parlour, where you’ll find Cheeky, a no-nonsense service for nails, Cowshed, a head-to-toe maintenance spot and Miguel Perez, a hairdressing salon. A make-up parlour is located next door and in The Powder Room there’s even a Trish McEvoy Beauty station.