Home What's On Film to See: The Light Between Oceans 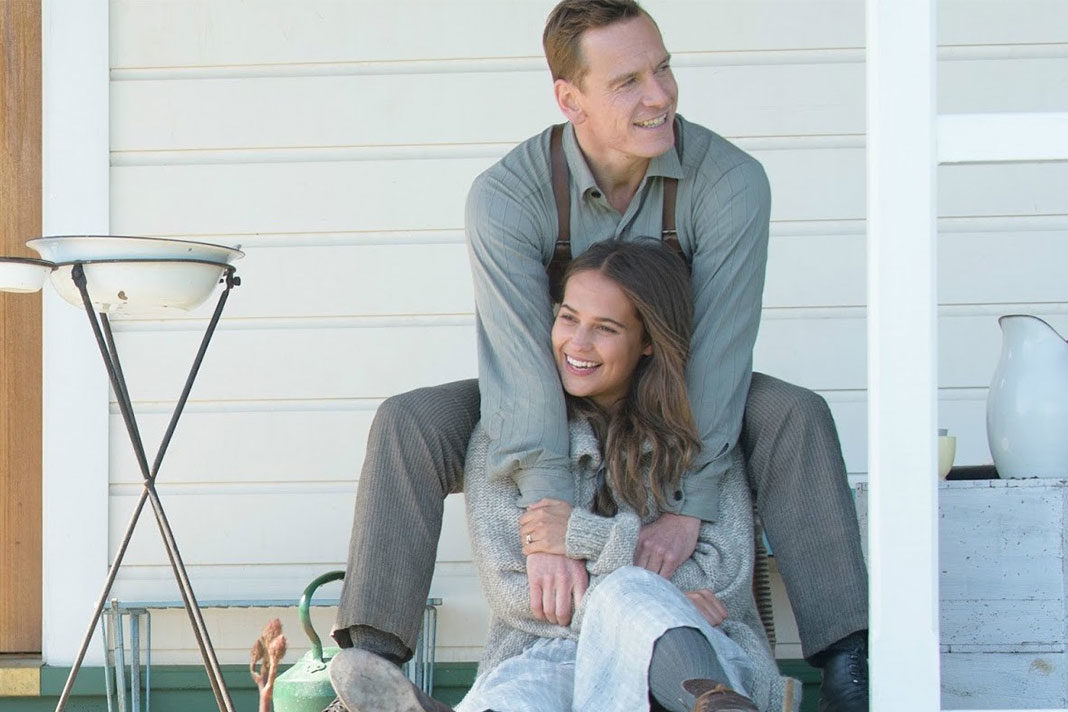 Prepare for the waterworks in this gripping drama with an unthinkable moral dilemma at its heart...

It’s 1918, in the immediate aftermath of World War I. After four harrowing years on the Western Front, Tom Sherbourne returns to Australia and takes a job as the lighthouse keeper on Janus Rock, “to get away from things for a little while”, as he puts it. Whilst preparing to leave for his new and isolated island life, he meets Isabel, a vivacious young woman who, despite having lost two brothers in the war, is full of hope for a better future. She captivates Tom and the two head off to live their lives entwined and in glorious isolation.

Two years, two miscarriages and one stillbirth later, the grieving Isabel hears a baby’s cry on the wind. A boat has washed up onshore. In it, lies a dead man and a living baby. Tom, whose moral principles have withstood a horrific war, wants to report the man and baby immediately. Isabel’s losses have left her desolate; barely clinging to reason. She persuades her husband to bury the unknown man and claim the child for their own. The last time they set foot on mainland she was pregnant, so who would know? It is a foolish scheme that ends, as Tom predicted it must, with disastrous consequences. When the child, whom they have named Lucy, is two, Tom and Isabel return to the mainland and are reminded that there are other people in the world, including the very real and very bereft birth mother of their precious daughter.

Directed by Derek Cianfrance, of Blue Valentine and The Place Beyond The Pines, The Light Between Oceans is his most ambitious work so far. The film is set in Western Australia and boasts a star-studded cast with Michael Fassbender and Alicia Vikander playing the lead roles. It’s no secret that this made a real couple out of Fassbender and Vikander; their onset chemistry is galvanic. They really do make one of the most compelling on-screen couples.

The film explores the consequences, both immediate and dizzyingly long-term, of the couple’s decision to take in this child and pass her off as their own. Both Fassbender and Vikander explore their characters’ troublesome moral quandaries and varying states of mind in breath-catching depth. As with each of Fassbender’s performances, so microscopically calibrated, the subtlety in which he conveys Tom’s reticence and hugely vast range of feeling is highly commendable. Where Fassbender’s sorrowful gravity anchored the movie’s first half, Vikander’s volatility sparks the second. Despite being nervous about performing Isabel’s scenes of bereavement for their unborn children, Vikander manages to give Isabel’s sense of loss an authentic voice.

The Light Between Oceans is a story laced with coincidences and plot-holes that Cianfrance douces with emotion and alluring images. Up-and-coming cinematographer, Adam Arkapaw, who shot Snowtown and Macbeth, gets the most out of his seascapes and the principals’ handsome faces.

Like M.L.Stedman’s mesmerizing, beautifully written novel of the same title and on which the film is based, The Light Between Oceans seduces us into accommodating Isabel’s decision to keep this “gift from God.” We are swept into a story where there is no villain and no hero, it’s just two compelling characters trying to navigate life as everybody does. It tackles the relatively taboo subject of miscarriage with immeasurable respect and emotional consideration.

Beautifully shot , edited , scripted and scored, The Light Between Oceans is a gripping drama with an unthinkable moral dilemma at its heart. Be prepared for waterworks.