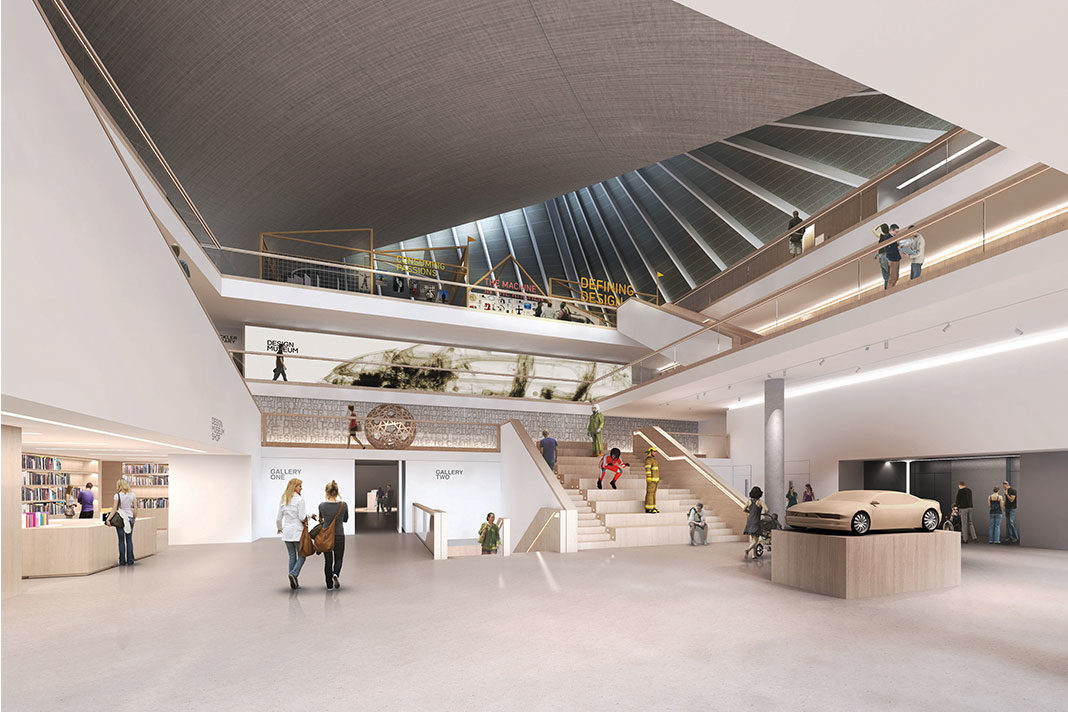 Absolutely gets a preview as The Design Museum opens the doors of its new home on Kensington High Street.

The £83 million renovation, which is open to the public on 24 November, sees the listed yet long neglected Commonwealth Institute completely transformed.

Acclaimed designer John Pawson has remodelled the interior of the Grade II* listed building in a project that increases the museum’s size threefold, enabling a significantly extended learning programme and a greater range of exhibitions. For the first time in the museum’s history it will have a free permanent display of its collection. A wall at the entrance to the gallery will feature some of the world’s most popular affordable consumer goods, crowdsourced from the public via the museum’s website; highlights of the collection include the Vespa Clubman designed by Corradino d’Ascanio and made by Piaggio and Ettore Sottsass and Perry King’s Valentine typewriter for Olivetti.

The first temporary exhibition from the museum’s Chief Curator, Justin McGuirk, is Fear and Love: Reactions to a Complex World. Featuring a series of newly commissioned installations, Fear and Love is an insight into our hopes and doubts about the pace and impact of change. The Designs of the Year show will return in its ninth year.

The museum has forged significant partnerships with Vitra, whose furniture will be used throughout the museum’s public spaces and office areas; and with Phaidon, who will publish books to accompany the museum’s major exhibitions, as well as a new guide to and history of the museum.

The museum’s recently relaunched multi-award winning website was created with Fabrique, in a year which also saw the Design Museum become the most followed museum in the world on Twitter.

The new building will include the Swarovski Foundation Centre for Learning, Bakala Auditorium, Sackler Library and Archive and a Designers in Residence Studio. There will also be a café, restaurant, and members’ room. Wilmott Dixon Interiors were awarded the fit out contract for the building in June 2015. Concord have worked with the museum to design the building’s lighting scheme and highlight its architectural features.

Deyan Sudjic, director of the museum said: ‘This move will redefine the Design Museum as the most inspiring, exciting and engaging contemporary design and architecture museum in the world. The museum will have a challenging programme that encourages new work and new thinking, and the touring, digital and publications programme will take the message around the world.”