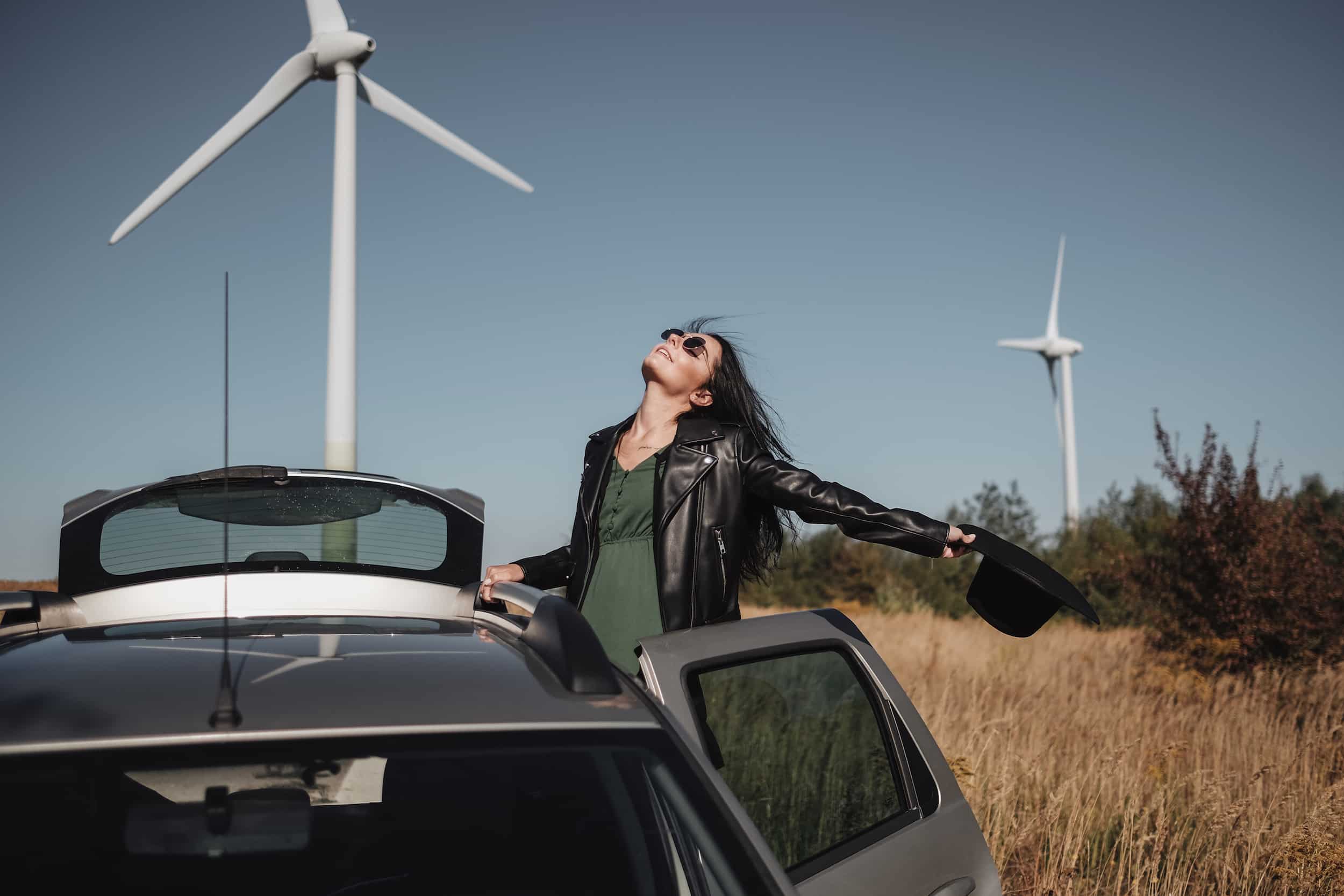 On the road: Testing out An Electric Car With Onto

Electric cars are the future. But how do they fare on a long journey? We take Audi’s new e-tron to Devon…

We all know the feeling: your phone’s on 12% and counting and you know you need to get an uber later. Will you make it? Imagine that feeling, only on a motorway, with the threat of traffic ahead, and you’re in an electric car that’s on less than half charge. The anxiety is real.

We have taken a brand new electric car on the long drive to Devon to see whether electric cars are a viable option on a long drive. The new top spec Audi e-tron has a range of 235 miles on a full battery and our destination, Saunton in north Devon, is 217 miles away according to Google. So we should be fine, right?

Well it’s not quite that simple. We’re borrowing the car through the sleek new subscription service Onto (more of this later) and when they call to talk through the charging systems, my assumptions are all quickly shown to be wrong. I’d breezily assumed that there would be a simple network of charging stations – I’d noticed them around, on lampposts, at motorway service stations – and that we’d simply plug and go. Well, not quite. The network is significantly more complicated than that because it is in fact made up of several rival networks, of varying reliability, with incompatible actual plug connections and different tariffs. How naive I was. This isn’t a planned economy, after all.

Navigating the charging networks inevitably requires you to install lots of different apps on your phone. The best network for reliability and presence, I am told, is Telsa’s, but we don’t have a Tesla and it’s not open to outsiders. Charging the Audi to 80% should only take 20 minutes when you find a good charger. But hooking it up to your house, assuming you can park right outside, is hopeless – we slung a cable across the pavement (clearly a trip hazard) and left the car plugged in for more than 12 hours, only to achieve a negligible amount of charge. Fast-charging points are clearly the only option, as an Audi spokesperson explained. “The rule of thumb is: when charging begins at a battery level of 5 per cent, then ten minutes of charging time, ideally at a fast-charging point, is sufficient for up to 110 kilometres or 68 miles of range; after nearly 30 minutes, 80 per cent has been achieved; a full charging process takes around 50 minutes.”

So we install Zapmaps and look out for Instavolt, which was the recommendation (the other recommendation was to avoid bp pulse). The main thing is that you always need a plan B, we learn. Just because your app shows a nearby charging point, there’s no guaranteeing that it’s a) free, b) working or c) on the right network. So you need to think flexibly, work with your maps and come up with alternative strategies, and an element of planning is involved. It’s good to plan a lunch break somewhere with a charger, for instance, and factor in some time spent waiting for it to be free.

Ultimately, we make it to Devon problem-free, stopping twice to charge just in case. Like making your children go to the loo before leaving the house, it’s better to be safe.

Onto’s EV subscription is the alternative to traditional car ownership. You can stop renting the car after just one month, so there’s no commitment, but in fact most of their customers have their cars for over 14months. It’s easy: order your ideal electric car online and it will be delivered in just 72hours. The fee is all-inclusive of insurance,1000 miles, and charging at over 11,000 points, and there’s no deposit. And best of all, it’s sustainable: Onto is the UK’s largest electric vehicle subscription service. It helps drivers easily and affordably start their EV journey.