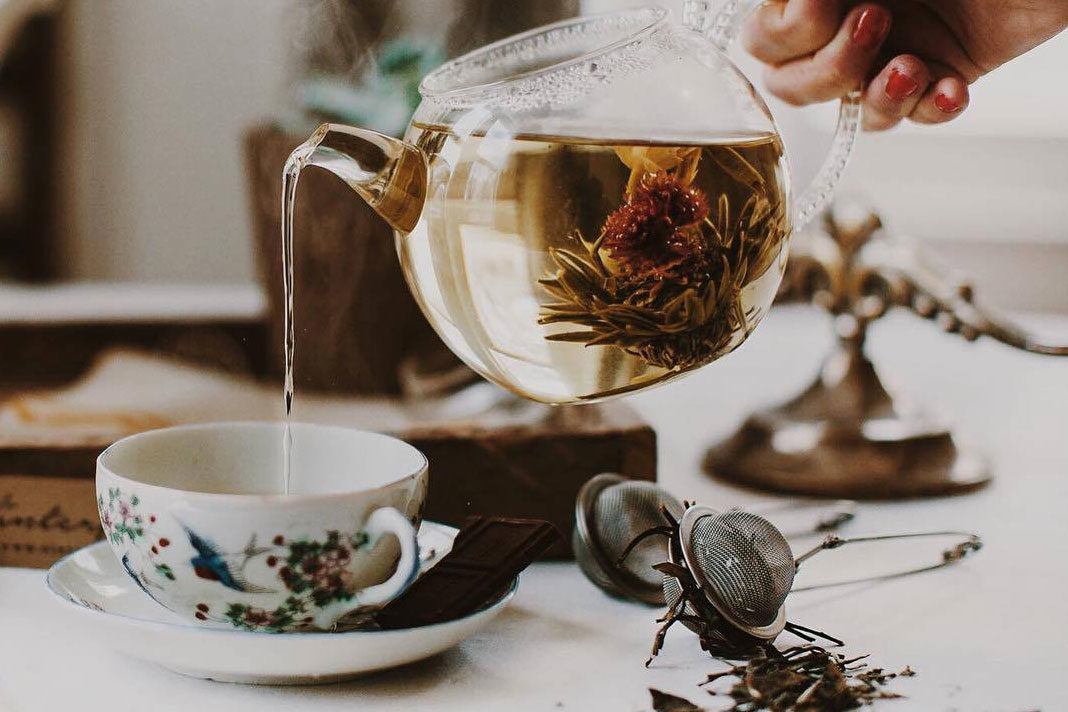 White tea comes from the same bush as green and black tea, except white comes from young leaves and buds. The least processed of all teas, it has a sweeter, milder flavour than green. It contains an antioxidant called catechins, which may help fight cancer and cardiovascular disease.

Another excellent source of catechins, green tea has long been extolled for its health-giving benefits and is one of the world’s most popular teas. It is known to boost metabolism (thus assisting weight loss) and, due to the high concentration of EGCG, has been studied for its role in preventing cancer and inflammation.

One of the most highly caffeinated varieties of tea, black tea contains about 40 milligrams of caffeine per cup. Studies have shown that those who drink tea or three cups of black tea a day are 50% less likely to show early signs of dementia. Furthermore, black tea contains polyphenols, which are antioxidants that help block DNA damage associated with tobacco.

Oolong is traditional Chinese tea produced through a process of withering the Camellia sinensis plant under strong sun and oxidation. The taste is between black and green tea and is packed full of antioxidants and has been found to lower cholesterol.

Peppermint tea is known for its digestion-aiding and stress combating abilities. Menthol acts as a muscle relaxant and, with the natural lack of caffeine, means it’s ideal for IBS sufferers. It is also known as an appetite suppressant so can help you with your weight loss goals.

This yellow-coloured tea originates from a plant in the daisy family. Naturally caffeine-free, Chamomile has traditionally been used to serve various medicinal purposes. With its sweet flavour, this tea is ideal for winding down and has been known to be an excellent sleep aid, stomach calmer and stress buster.

Much more than just a garden weed, dandelion has been used as a medicinal herb for centuries. Its roots and leaves are dried to make tea, which is rich in vitamins A, C and D, zinc, iron, magnesium and potassium. Because of its nutrient-packed potential, it is known for being good for acne by helping the liver.