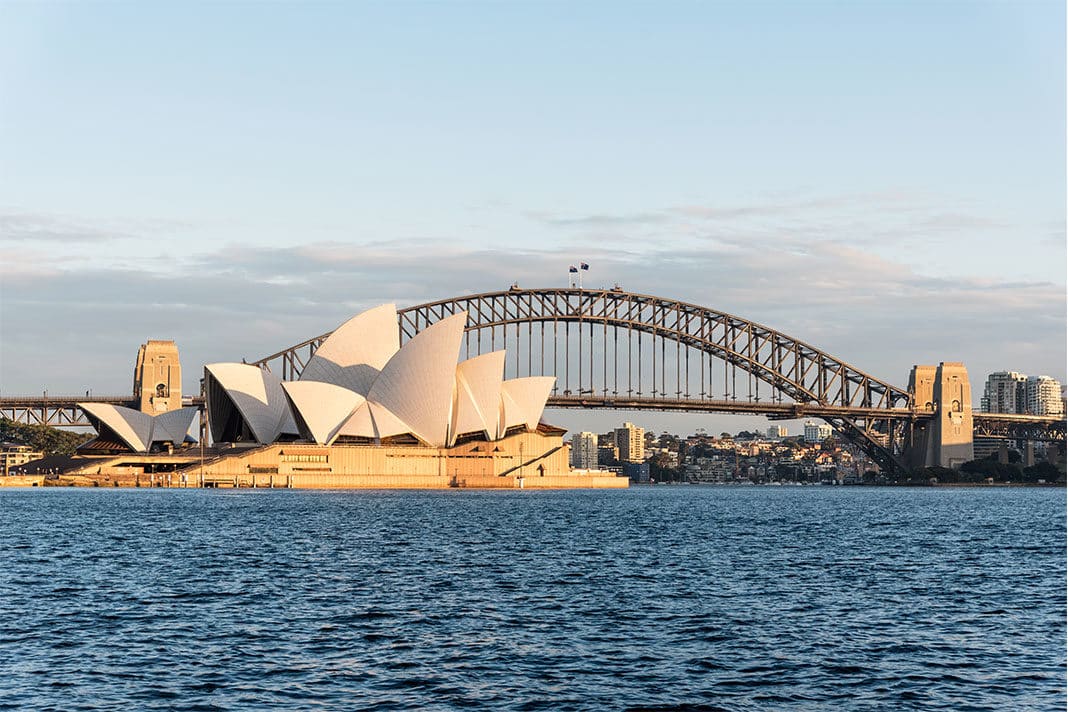 With its beaches, restaurants, wildlife and good vibes, Sydney is a superb all-round destination. Absolutely presents a luxury edit of the best that this Australian metropolis has to offer.

The best of Sydney Australia

Sydney is not a city that struggles to pull in the crowds. Travellers are drawn to its gorgeous scenery, European inspired architecture and multiculturalism. Not to mention the ‘laid back’ surfer lifestyle that is adored by tourists and locals alike.

There’s a holiday for every budget to be had in Sydney. Be it relaxing on one of the city’s urban beaches, cuddling local wildlife, tasting the notorious ‘vegemite’, or sailing under the Sydney Harbour Bridge, many attractions are easily affordable and a lot of fun. But for those looking to splash out, the city has you covered.

From Michelin-starred restaurants to opulent harbour side penthouses, we’ve picked out the best addresses for living well in the land of sunshine and beaches.

Live the life of the rich and famous in this luxurious three-floor penthouse, considered one of the world’s finest hotel rooms. The apartment offers breathtaking 280º views of Sydney. All three floors of this centrally-located oasis overlook the Harbour Bridge, the Sydney Opera House, Sydney Heads and the striking Sydney skyline. The penthouse comes equipped with a curved floating staircase, gourmet kitchen, aquarium, sauna, spa and for high-end luxury guests can also make use of the home automation, 24hr concierge, gym, 20-metre pool, and home cinema.

For a beachside escape, try the Novotel Manly for unspoiled views of the Tasman Sea, Queenscliff and Sydney Harbour. This newly-refurbished hotel is situated just steps from the sand of the iconic Manly Beach. This premier destination boasts contemporary rooms, a restaurant, three bars, a gym, spa and a rooftop pool which is best enjoyed with a cocktail while watching the sunset.

Situated in an old cellar, this steakhouse serves premium Australian meat alongside the freshest locally sourced seafood, bringing classic New York steakhouse-inspired dining to Sydney’s culinary scene. Partly named for its location next to The Rocks’ historic sandstone tunnel, the Argyle Cut, and partly for its award-winning selection of cuts of Australian beef, Cut Bar & Grill, generates a sophisticated atmosphere, while emulating the interiors of a speakeasy.

One of the most beautifully situated dining rooms in the world, Bondi’s Icebergs Club conjures a sultry, sassy vibe in an ageless, modern space. The restaurant’s fashionable take on seaside cuisine will never go out of style. Enjoy a range of fresh food in this informal dining space overlooking a picturesque seascape, while sipping on Spritizes. After a delicious meal and a view to match, head down to the iconic Iceberg pool.

This corner of Paddo is fashion central and the food is exceptional. Jackie’s Paddington features a sunny terrace for al-fresco brunch. Breakfasts of bircher muesli with banana, apple and blueberry compote and lunches of piled-high sashimi salads, are popular choices on the designer menu. At Jackie’s, Champagne brunch is a must, but a variety of wines and cocktails are also on offer.

No trip to Australia would be complete without a visit to the nation’s favourite destination for a cool treat. Gelato Messina located across the country, hand-makes every scoop and in each store you’ll find a 40-strong flavour cabinet, with 35 traditional flavours and five rotating weekly specials. Whether you like the classic chocolate or want to try a take on an Australian classic the Vovovroom – a  coconut gelato with raspberry, shortbread and marshmallow, you’re guaranteed to leave with a smile on your face.

Managed by the Art Gallery of New South Wales, this studio is home to the works of one of Australia’s most celebrated contemporary artists. Brett Whiteley Studio is an intimate converted warehouse in Surry Hills that packs an emotional punch. Whiteley purchased the former T-shirt factory in 1985 and lived here from 1987 to 1992. It’s one of Sydney’s best kept (free-to-visit) secrets.

One of Sydney’s most inspiring displays, White Rabbit Gallery showcases the world’s largest private collection of 21st-century Chinese contemporary art. The gallery’s compact, white-walled, four-floor space is the perfect size to explore the Sino scene in an afternoon. A serene teahouse, situated on the ground floor serves Chinese teas, dumplings and scones. Pretty bird cages are hung from the ceiling, continuing the flow of artwork.

Discover the history of Australia’s native Aboriginal people onboard a guided Sydney Harbour cruise. Set sail on one of the world’s most beautiful natural harbours, with a tribal warrior who will explain the cultural significance of Sydney landmarks. Aboard the Mari Nawi cruise, you’ll learn traditional fishing methods and food gathering techniques in the relaxed and friendly company of your Aboriginal host and crew. Among the many experiences, you’ll visit a harbour island for an authentic Aboriginal cultural performance, including didgeridoo playing. You’ll also hear stories of the harbour foreshore’s original inhabitants, the Eora, Cadigal, Guringai, Wangal, Gammeraigal and Wallumedegal people.

Home to Australia’s most innovative architecture, Sydney Opera House is the nation’s leading destination for culture and the arts. Dine at Bennelong Point restaurant where the entertainment jumps from the stage onto the plate for a pre-theatre meal, before enjoying a show in Australia’s most visited theatre. If dinner and a show are not enough, take part in a guided tour of the UNESCO World Heritage-listed building to enjoy hidden wonders of the colloquially titled, rocket building.

Much like London, Sydney has an active market scene that comes alive on weekends. Paddington market located off Sydney’s premium shopping strip, is open every Saturday, rain or shine, showcasing local fashion, crafts and jewellery. You won’t find these Australian-designed and crafted products in any shopping mall, and many of the products are exclusive to Paddington Markets. With new traders and live music every week, we recommend arriving early to find hidden treasures.

What better way to embrace Australian culture than by taking a surf lesson at the birthplace of Australian surfing, Manly beach. While lower-profile than Bondi’s chic surf culture, Manly is the ideal place for beginners to hang-ten. Only a quick ferry ride seven miles north of the city, the surf experts at Manly surf school will have you riding waves within no time.

Take a photo with Australia’s cutest wildlife at Sydney’s favourite, wildlife park, Taronga Zoo. Located in the hills of Mosman, overlooking Sydney Harbour, visit 4000 animals from over 350 species. For an exceptional experience, take a photo with the sleepy Koalas or become a zookeeper for a day, where you can go behind the scenes to get close to some of the most popular animals.

Try Sydney’s highest workout while experiencing 360° panoramic views of the city, with a Bridge Climb. Arguably Sydney’s most popular tourist attraction, the BridgeClimb can be enjoyed day or night. If you’re looking for something more intimate, private climbs can be arranged, so if you are celebrating something special or want to pop the question, BridgeClimb can make it a day to remember.

From spectacular coastal views to vibrant city nightlife, Sydney is the perfect place to start an Australian getaway. Only a short hop away from Queensland’s Great Barrier Reef, Victoria’s coffee culture and South Australia’s world-class wineries, enjoy the cities wonders or use it as a base to explore all of Down Under.