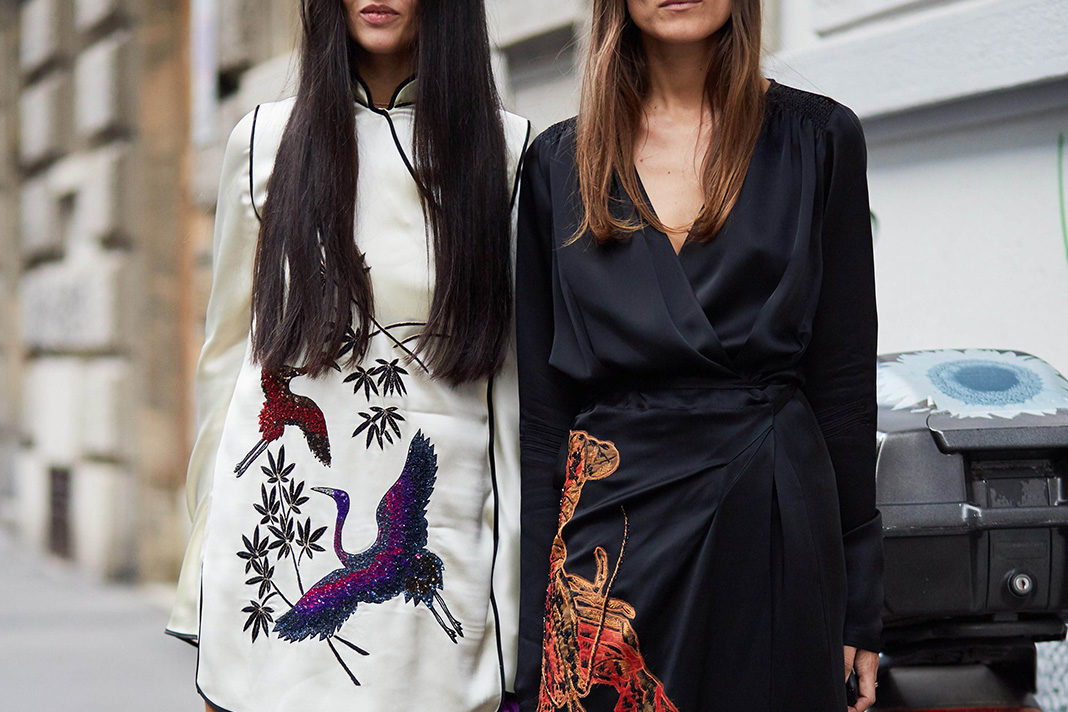 Get inspired by East Asia with the kimono trend: we found nine of the best buys to love now

You know when two of the coolest new brands on the block are championing the same look it’s time to take notice. Up-and-comers Hillier Bartley and Attico have both embraced the decorative charm of the kimono this season and now we’re obsessed.

Drawing on the ‘underwear as outwear’ trend, the SS17 kimono is all about fusing the traditional Japanese silhouette with the aristocratic eccentricity of a silk dressing gown. Fashioned in sumptuous silks and detailed embroidery, they’re designed to be thrown over t-shirts and jeans a la Attico’s Giorgia Tordini. The aesthetic is meant to be effortlessly cool – the idea is that you’ll grab it from your underwear draw last-minute and throw it over an ensemble without much thought. The vibe is very much: ‘oh, this old thing?’ Dressing-up box chic is the name of the game.

If the high-low vibe isn’t your thing then kimonos can also be your 2017 answer to the black blazer for smart-casual cool. Be inspired by Gigi Hadid’s elegant ensemble from The Row at the CDFA awards, which was all about tonal minimalism. Maje’s jacquard kimono will be given the fashion editor treatment when layered over high-waisted black culottes and a simple, monochromatic blouse. Transition to cocktail hour? Simply add statement tasseled earrings.