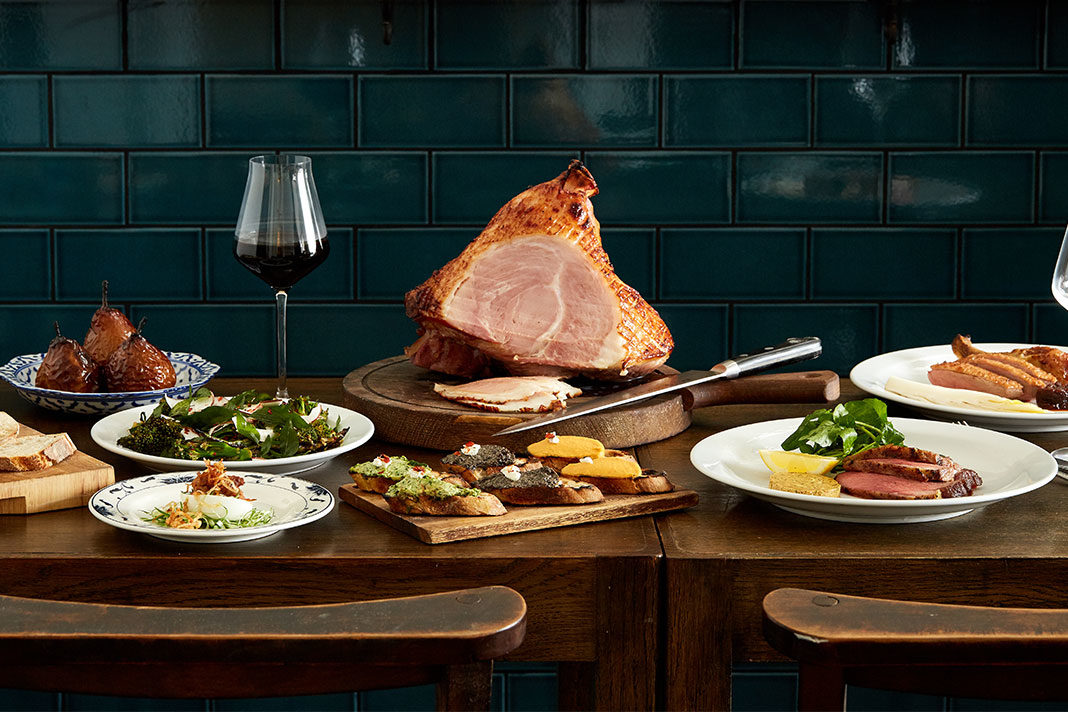 As a Lewisham local, it’s safe to say that the area isn’t generally known for its sophisticated fare. Previously outshone by its neighbours – Blackheath, Greenwich and, more recently, Peckham – Lewisham has found itself catapulted into the gastronomical spotlight in the last few years with the opening of the new Street Feast destination: Model Market. This sudden influx of foodie twenty and thirty-somethings bookmarked this London neighbourhood as an area to watch. Enter Sparrow.

Situated on the edge of Lewisham’s busy roundabout, the placing of this stylish new restaurant may seem odd, but within a few years it will be opposite the stylish new development of flats, shops and green spaces, which is currently under construction. The latest venture from husband and wife team Terry Blake and Yohini Nandakumar, Sparrow comes from good foodie stock, with Blake’s chef career working at the likes of BAO and Merchant’s Tavern, and Nandakumar’s experience at St. John’s and Pollen Street Social. Seasonality is at the heart of the the restaurant’s regularly changing menu, and while the focus will be on British meat and vegetables and European cooking techniques, dishes borrow flavours from around the world.

Sparrow’s small yet light-filled interior, which was busy and buzzing as we arrive, was the embodiment of design-conscious minimalist. The open kitchen takes centre stage and white-washed walls left bare – save for a specials blackboard and a collection of quirky illustrations – while teal tiles and touches of copper offer a cosy finish. The menu comprised of a selection of 12 mains dishes and four puddings. On the waitress’ advice we opted for six sharing plates, which was sufficient for two hungry people.

Served on pretty blue and white china plates, each dish was deceptively simple, yet the intricate balance of flavours revealed clever and careful thought. One dish comprised of soft boiled eggs, duck and anchovy relish and crispy shallots – the soft egg was perfectly complemented by the rich and salty relish and sweet crunchy shallots. Another highlight was the whipped goats cheese, hazelnut crumb and honey leeks, which was served with bread for dipping. It was presented with an apparent improvised nonchalance – a dollop of leek here and sprinkle of crumb there – yet, when brought together the flavours truly sung.

It would be a crime not to mention the fried rabbit and satay sauce, sweet and sour tenderstem broccoli and the pork belly, which were all incredibly moreish, yet it was the bang band beef ribs with anchovy-miso eggplant which truly stood out from the rest. Coming on a Fred Flinstone-worthy whopper of a bone, the beef rib was melt in the mouth tender and lifted by a subtle spice rub, which balanced out the fatty flavour. The eggplant was a deliciously smokey yet salty accompaniment.

We finished the meal with a classic baked lemon cheesecake with poached rhubarb and a dark chocolate and caramel tart. Although more conventional than some of the eclectic mains, they delivered just the right hit of sweet indulgence to the end of our meal.

We left thoroughly full and satisfied, hoping that Sparrow would usher in a new wave of copycat eateries delivering elegant yet unfussy fare to south east London.