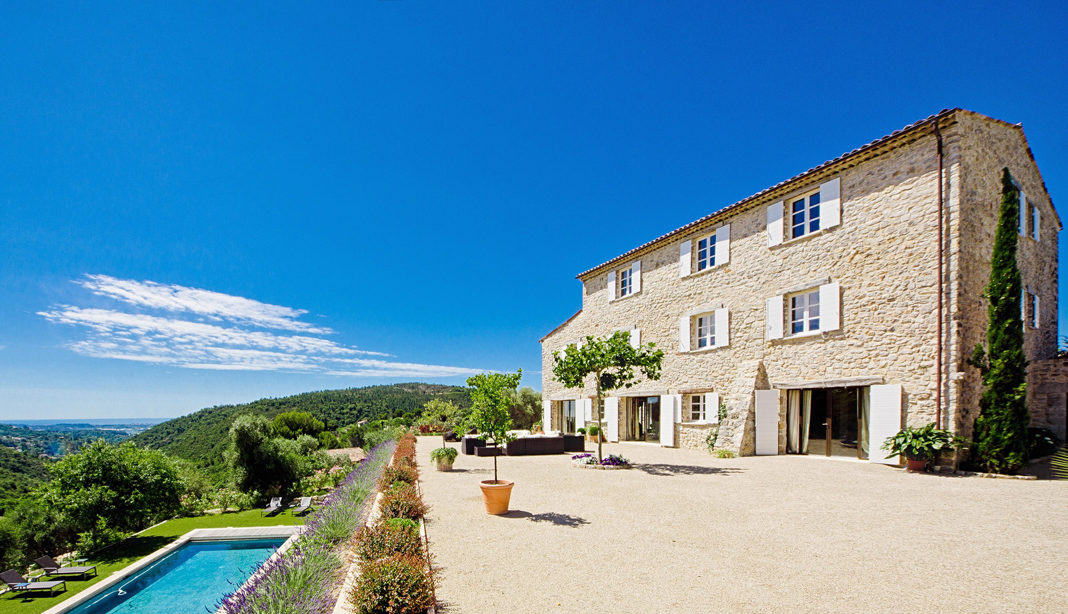 As Sky’s drama Riviera builds to as stylish climax, we look at the houses that the Cote d’Azur’s real residents call home, and offer up some alternatives if Julie Stile’s world isn’t your thing

If you haven’t watched the current Sky Atlantic series Riviera then you’ll probably have seen the flurry of posters for it plastered all over London.

It follows the gilded life of art dealer Georgina Clios played by Julia Stiles, whose life begins to unravel when her rich husband is killed in mysterious circumstances.

Panned by some critics despite being written by The Crying Game’s Neil Jordan, Riviera is nevertheless a feast for the eye. It’s set in the heart of the shimmering Cote d’Azur in France, a fitting façade for the dark world of organised crime Georgina finds herself immersed in.

In the real world, if you ignore the bling and the traffic jams, the French Riviera is an astonishingly beautiful place. In many places, on a bright summer’s day, the land slips coyly into an azure sea.

The centrepiece of the TV show is Georgiana’s home, called Villa Carmella. It’s actually Chateau Diter, a recently-built mansion that’s the home to a French businessman who rents it out for filming and upmarket weddings.

The property is near the small town of Grasse, in the hills above Cannes and is an extraordinary little micro-market of large villas most of which have rolling  views over the Mediterranean below.

“The Riviera is hugely varied in terms of landscape, attitude, cuisine, people and I think some people have pre-conceptions of the Riviera being brash and glitzy when actually this really isn’t the case at all,” says agent Tim Swannie of Home Hunts.

“We work with clients from all over the world and from a huge array of backgrounds, from retired couples to celebrities, and even the odd royal but the majority of our clients are families or couples who are looking for a holiday home in the sunshine with easy access to restaurants and culture.

Tim says the market for property in the area where Riviera was filmed has been flat for the past three years, but now prices are starting to rise once more.

And while wealthy buyers with a taste for modernist edifices graduates towards Cannes, Antibes and Villefranche-sur-Mer, inland areas such as Grasse and Valbonne, are where those who yearn for a traditional, stone-built property go.

A good example of such a home is this 18th century stone bastide with six bedrooms overlooking the coast (pictured, above) around the corner from Chateau Diter.

Should you have the deep pockets to buy the property, then you’ll be in starry company. Tim says he’s sold properties locally to both celebrities and the “occasional minor royal” so popping down to the shops for milk should be interesting.

But the French Riviera is not for everyone, and there are plenty of competing resorts around Europe that offer similar levels of luxury and sea views. Here are four more luxury properties in the hills some of Europe’s other glitzier seaside resorts.

Lagos, Portugal – £1.76 million
Six-bedroom villa with two guest cottages in a hectare of grounds with views over Meia Praia, the best beach in Lagos, to the east of the port town. More information from Knight Frank on 020 7861 1109. 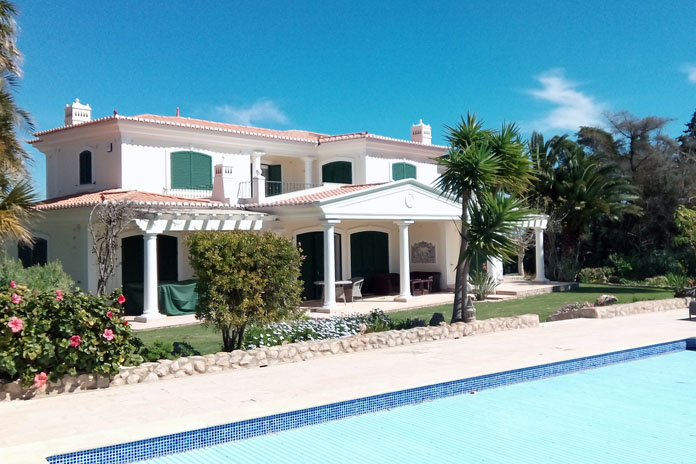 Marbella, Spain – £6.68 million
Four-bedroom hilltop mansion overlooking Marbella in Andalucía, Spain in a peaceful neighbourhood but not too far from the fast lane of central Marbella. Comes with a separate snooker room, beautiful terrace with amazing views over the coast and a swimming pool. More information, Mark Harvey (07825 732032). 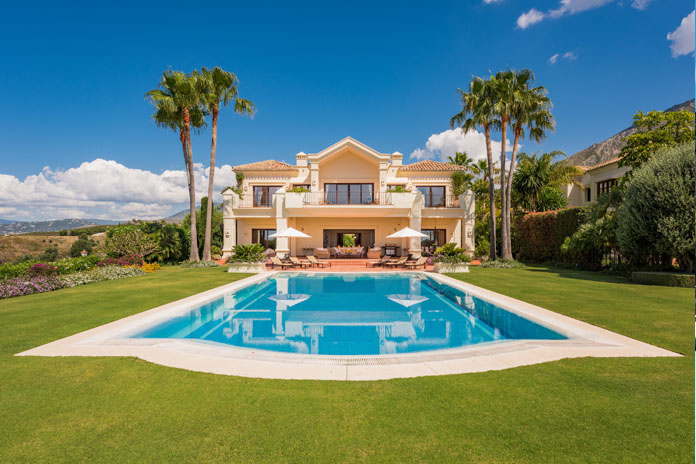 Palma, Mallorca – £2.63 million
Extraordinary mountain-top villa overlooking the heart of road cycling country in Mallorca and its capital, Pollensa – where Bradley Wiggins hangs out and trains, and interests in a local restaurant, where his bike and signed shirts can be enjoyed over a glass of local wine and seafood. The property has six bedrooms and a panoramic  terrace. More information from Engel & Volkers (+34 971 532050). 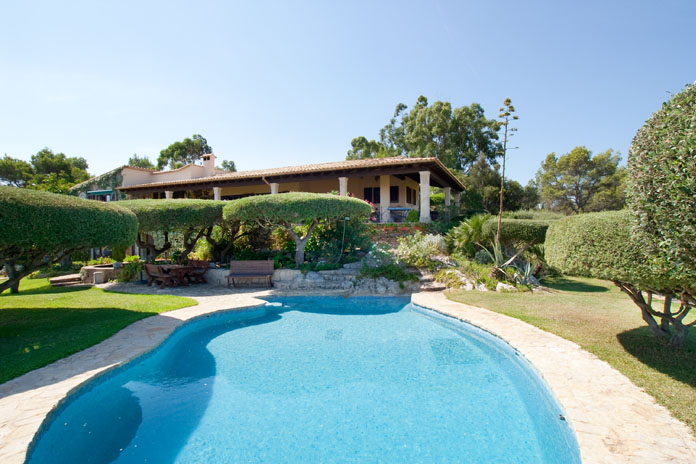