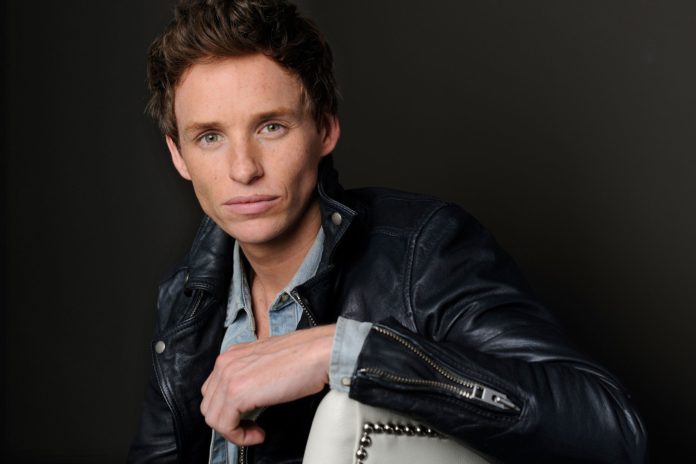 Just when Eddie Redmayne’s star couldn’t burn any brighter, he aces another incredible performance in The Danish Girl. However, the London boy remains his own harshest critic

One would expect Hollywood superstar Eddie Redmayne to be somewhat smug and brimming with confidence, considering his phenomenal success of late: an Oscar win for his scintillating portrayal of Stephen Hawking in The Theory of Everything; the stunning reviews for his latest role in The Danish Girl (for which he is hotly tipped to win a second statuette); and his upcoming turn in the Harry Potter spin-off Fantastic Beasts and Where to Find Them. But far from blowing his own trumpet, the Londoner is not only incredibly humble, but also, rather hard on himself.

“I have to watch my films more than once because always the first time, I’m like ‘aaahhhhhh, there I am’…and you see things that you maybe you’re not happy with,” he says. “I’m always self-critical, it’s difficult to have a sense of objectivity with the first watch. You need to see it again to get over that.”

These traits are what sets Redmayne apart from his peers. He is the quintessential British gentleman: polite, softly spoken and preferring to let the work do the talking – with phenomenal results. From his first major movie role as Colin Clarke in My Week With Marilyn, in which the young and naïve film assistant becomes a confidante to the blonde bombshell during the making of 1957 The Prince and the Showgirl to the brazen revolutionary Marius Pontmercy in the film adaptation of Les Miserables, Redmayne has rarely put a foot wrong.

Despite his success, he insists he still doesn’t get the pick of roles in Hollywood. “Let’s just say, I am not in that league, or anywhere close. I’m not Brad Pitt, I’m not Will Smith, I get no choice, and nothing has really changed. It’s about what scripts come my way and if you’re lucky enough that they feel right, then you go with it.” All that is set to change though, with his stunning turn in The Danish Girl which tells the true story of Lili Elbe (born Einar Wegener) a Danish painter who was born male and became the first person ever to undergo gender reassignment surgery.

The chance to play such an incredible character is a dream for any actor, but it was particularly special for Redmayne who believed his ‘once in a lifetime role had already come along. “I genuinely believed Theory of Everything was it for me, nothing could ever come close. And then I get the opportunity to play a pioneer, another, someone just as extraordinary as Stephen Hawking. They’ve both been wonderful gifts I could never have expected and I’m so glad that they have been a part of my life.”

Set in the blue-grey wonderland of 1920s Copenhagen, The Danish Girl is a sumptuous visual feast – from the sweeping shots of the ballet costume department to the gorgeous chiffon dresses and velvet hats worn by Swedish rising star Alicia Vikander who plays Gerda, Lili’s wife. The combination of raw emotion and heady, 20s glamour is simply spellbinding. It is also a love story, albeit an unusual one, between Lili and Gerda, and deals with the emotional implications of a married man realising he identifies more with being a woman, especially in a time when such a concept was unheard of.  Ultimately the message is that love transcends genders and even in our current climate where transgender people are widely accepted, it is still a courageous undertaking.

Vikander, too, has been highly praised for her performance as the enduring and compassionate wife by critics and in particular her co-star. “Alicia is phenomenal. She is an eruption of talent. She is absolutely extraordinary and has such a heart and a strength and that was so evident from the first meeting,” enthuses Redmayne, “I remember we read one of our first scenes together, I was behind the camera and Alicia read and usually there’s a snap of ‘cut’, but there was simply silence. And I turn around and Tom is in tears. He was so emotional because he, we, were astounded by her strength and purpose.”

Next year will see Redmayne play Newt Scamander in the film adaptation of JK Rowling’s Magical Beasts and Where to Find Them and if there is anything that could tip Redmayne into megastardom it is certainly the lucrative world of Harry Potter. But even in that case, Redmayne would surely remain down to earth. After all his success he chooses to reside in London where he grew up, rather than relocating to Los Angeles.  He has often spoken of his great love for the capital and after his stint as a Burberry model he is literally the Brit poster boy. But when asked if he ever imagined scaling such dizzy heights he is typically low key.

“My dream was to get work as an actor, not to win an Oscar but the fact I’ve managed to achieve both, and the get the opportunity to play people like Lili and Stephen, it’s more than I can comprehend sometimes. The dream was just to work and make a living.”

With the Oscars on the horizon, the release of Magical Beasts and the recent announcement that he and wife of one year Hannah Bagshawe are expecting their first child, 2016 looks set to be another incredible year for Hollywood’s humblest star.

The Danish Girl is on general release