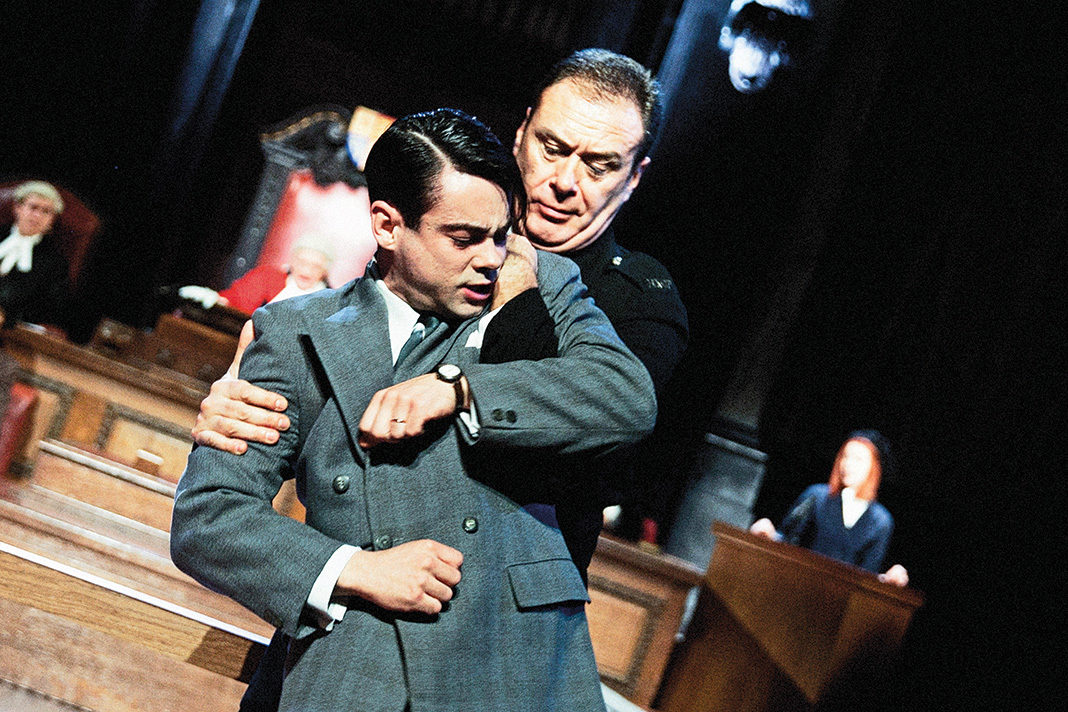 Jury Service: The new courtroom production of Witness for the Prosecution keeps us guessing…

‘Enjoy the trial,’ say the ushers. As we take our seats in the courtroom, there’s an expectant murmuring that comes through small speakers in the rows, and a great sense of expectation. Somehow it feels more formal than a regular theatre, and very intimate. Playing out in a real courtroom, this production of Witness for the Prosecution has an extra layer of drama in the venue itself. We sit around a central stage, and the be-wigged judge presides over all of us. 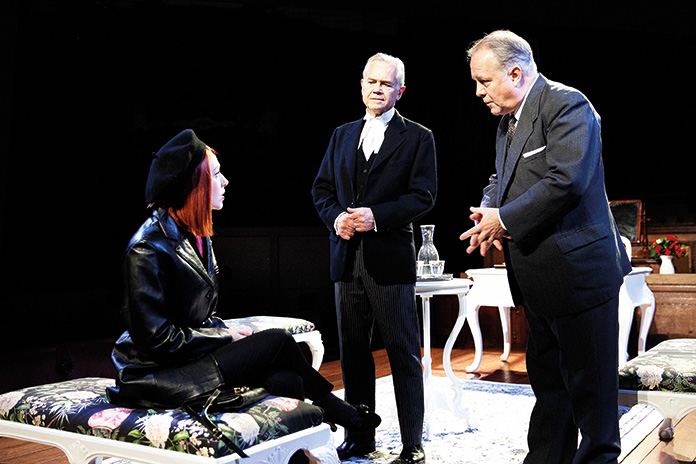 Director Lucy Bailey’s version of Agatha Christie’s much-loved and widely adapted short story keeps its audience guessing until the very end, with a final twist that’s unique to this production. Leonard Vole – ‘a bit of a dish’ – stands accused of murdering a wealthy widow who had very recently altered her will in his favour. He professes innocence; his alibi for the night in question lies with his wife Romaine, though her behavior seems to be very unreliable. All the signs seem to suggest he did it, but why is his wife behaving so strangely?

The main flaw in this otherwise clever and entertaining production is the wife’s terrible German accent. It’s so exaggerated that the audience could be forgiven for assuming that we are supposed to think she’s putting it on, that she’s not really German at all but an imposter; maybe not even really his wife at all. I am waiting for this all to become part of the final resolve – and while her ability to manipulate her voice does turn out to have some plot significance (no spoilers here), it appears that all along we were supposed to be believing in the ‘Allo ‘Allo style chatter, which created (for me) an accidental and distracting red herring. 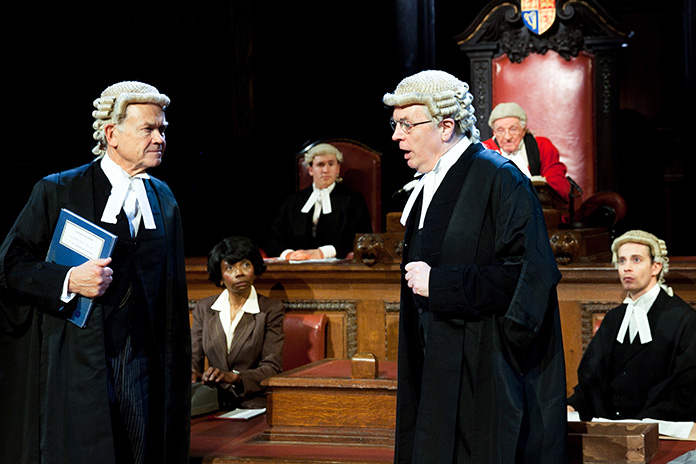 Otherwise, the casting is impeccable. Jack McMullan is makes a credible helpless-seeming Leonard, while David Yelland and Philip Franks are intensely English as the QCs and Patrick Godfrey’s Justice Wainwright is fiercely sharp in his wig.

And the verdict? Even diehard Christie fans won’t have predicted the final twist, which makes for a successful courtroom drama.

Witness for the Prosecution continues at County Hall until September 2018.