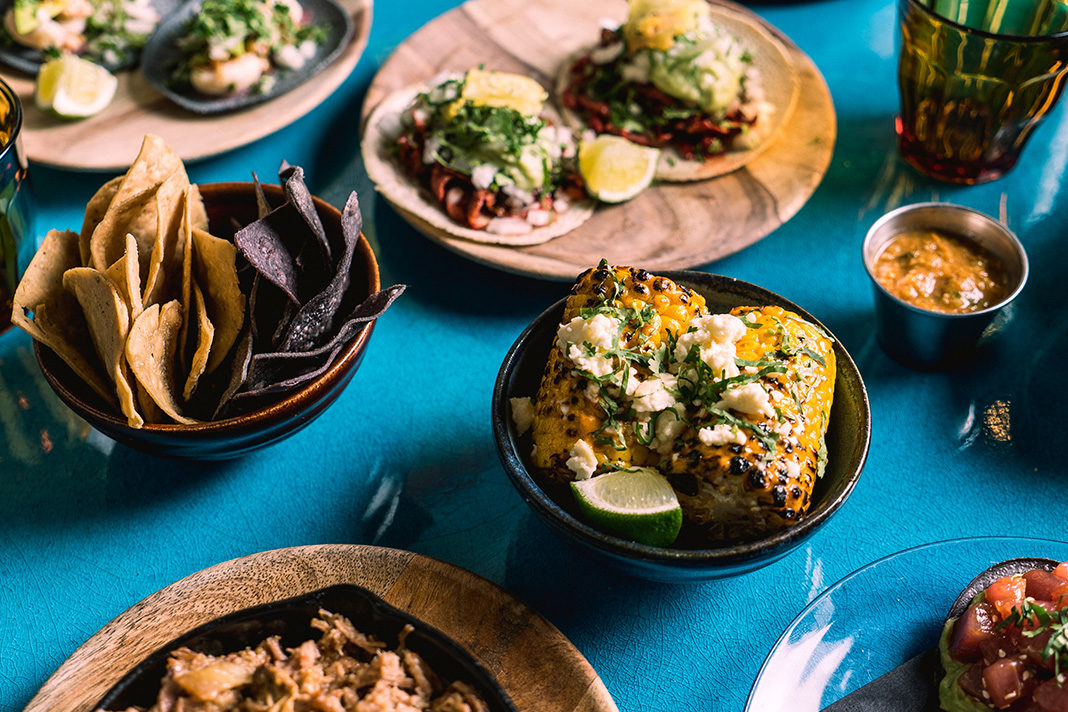 We eat out at El Pastor, the new taco hotspot making headlines from the brothers behind Barrafina

Mexican food is alive and kicking in the capital and there’s not a sombrero in sight. Among the Mexican wave of eateries making mincemeat of what our idea of the cuisine used to be – trays of dry Doritos, takeaway burritos and rubber cheese – El Pastór stands out with its exceptional service and even better food, bursting with authentic flavour. From day dot El Pastór was full of promise since it comes from the brains behind the vaunted Barrafina tapas bars and Soho’s much-loved Quo Vadis. Arguably, it’s the Hart brothers who can be blamed for introducing us to a whole new way of eating in London which involves sipping trendy apéritifs while queuing for a table that offers a front-row view to the chefs at work. For their latest venture, Sam and Eddie Hart take inspiration from the former life of new business partner, Crispin Somerville who ran nightclubs in Mexico City. 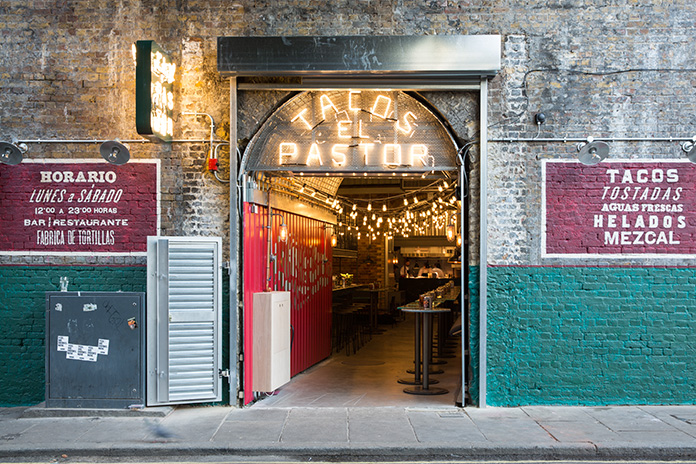 Interiors-wise, it’s a cool space of bare brick, bright metal and vibrant murals, housed beneath an archway on Stoney Street. The whole thing is a casual affair with high tables for perching, banquettes for lounging and smaller tables tucked in the back for watching the chefs in the kitchen.

We start with creamy guacamole and a couple of salty and sour margaritas, before practically inhaling the sesame tuna tostada. Tacos come in twos per portion and are the freshest in the capital, made from scratch that morning and then packed with fillings.

We go for the fillets of char-grilled stone bass; the crisp grilled fish piled with sweet caramelised onions, fresh onion, coriander and a punchy salsa, and the beef ribs. Both are exceptional but the beef ribs steal the show. The theatricality of pulling apart the melting ribs and constructing the taco at the table with an exciting array of salsas and oils, adds to the dish’s merit.

We finish with more margaritas and El Pastór’s mouth-watering take on the Bounty bar. Sweetened coconut sits on shortbread before being slathered in dark chocolate and served with sour cream. A sweet treat to end a sumptuous and fun feast. If this is where London’s Mexican food scene is headed, pass the sombrero because we’re on board.