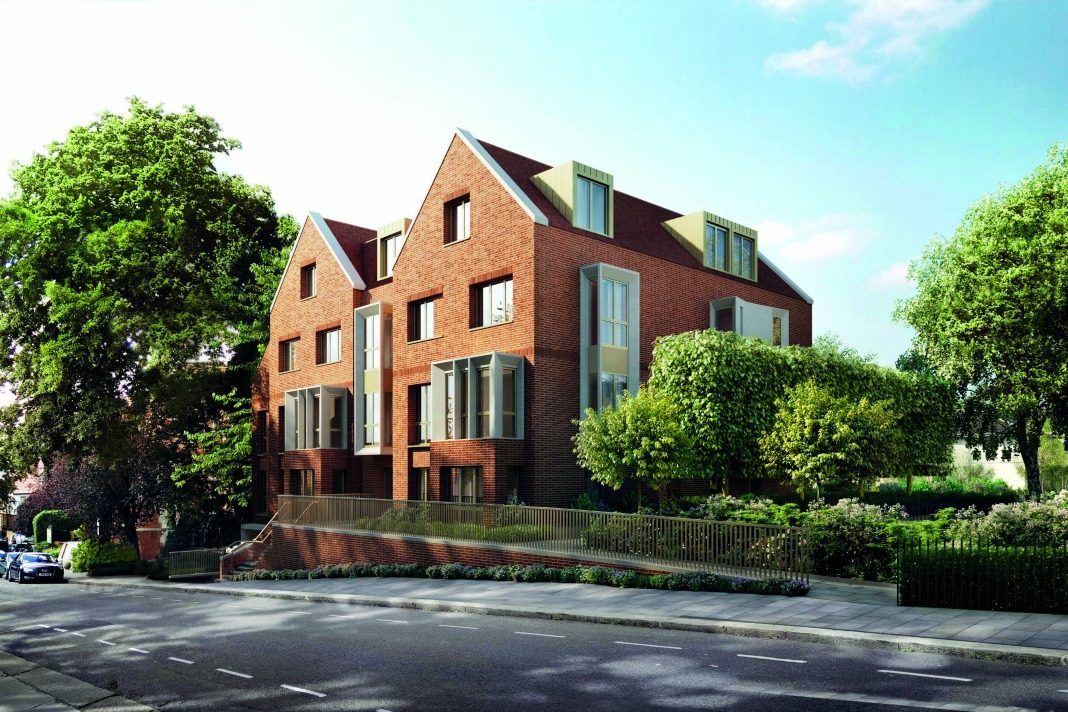 The UK’s once gilded country manors and suburban mansions, funded by the riches of empire and trade from the 17th century onwards, have had a rough old time of it since the nation’s economic fortunes began to wane after the First World War. It’s a story told eloquently in TV’s Downton Abbey. But a much more extreme version of the ‘adapt or die’ approach to survival is to be found in the Childs Hill area of Hampstead. Perched 250-feet above sea level from where it peers out over North London, Kidderpore Hall has endured some gut-wrench changes since it was completed in 1843 for leather magnate John Teil.

He made his fortune in the fetid tanneries of Kidderpore on the outskirts of Calcutta in Bengal, and poured much of his wealth into building a Greek revival mansion here featuring elegant colonnades, side pediments and a grand semi-circular bay. At the time, the area was largely rural and as well as a house, Teil enclosed local land to create a private park to surround his home and even kept ‘groomed’ sheep on his front lawn, somewhat Marie Antoinette-like. But as the years passed the area slowly became more suburban with new houses, lodges and roads added. In 1857 Teil died and the property, which from 1870 to 1878 was owned by dye merchant Charles Cannon, began to deteriorate. 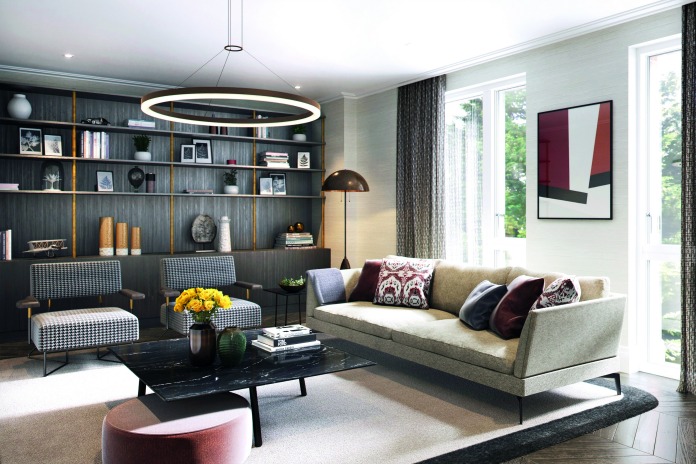 But then a new calling beckoned; to be the home for an educational world-first. The hall and its land was bought and converted into a pioneering college for women to study botany, which at the time was one of few scientific disciplines women could enter.
Westfield College had a well-connected and wealthy set of supporters to get it going including the then monarch’s wife, Queen Mary, but also several progressive and wealthy women including Ann Dudin Brown, Constance Maynard and Mary Petrie.

When it opened in 1882, it was one of the only higher education institutions for women in England, and one of the first where they could gain degrees. The college went co-ed in 1964 and carried on until 1989 when it became an outpost of Kings College. Later being turned into halls of residence. Its latest reincarnation is now well under way. The site was bought by developer Mount Anvil in 2014 and is being redeveloped into private homes.

Kidderpore Hall, or Hampstead Manor as the developer has re-christened it, remains riddled with architectural clues to its past. Despite the army of builders clomping their way all over of the site and the sound of hammer drills and pile drivers, the grandeur of Kidderpore Hall is still there to seen. Double-height ceilings and 8ft-tall doorways, and a swirling hard-wood hand-railed staircase that rises up to a glass roof light – which Mount Anvil is refurbishing – hint at the huge wealth that Teil amassed, even if many of the hall’s walls now have gaping holes in them. 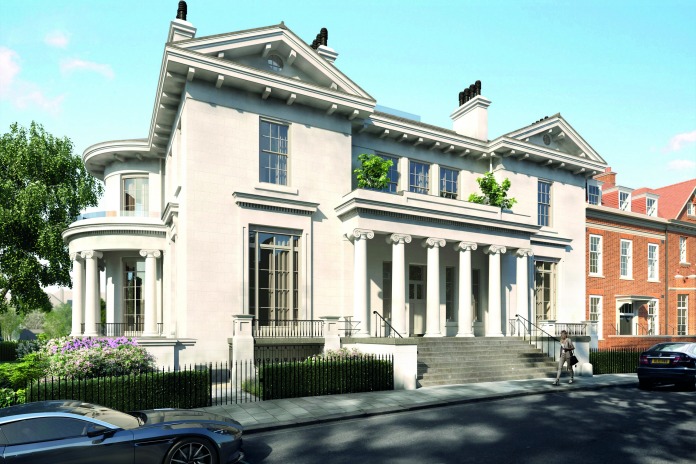 The work needed is too much for Mount Anvil to take on. It says the hall is easier to sell off as fixer-upper, mainly because its Grade II listed status means it can’t be carved up into multiple apartments. It’s leaving battles with English Heritage, which may be needed to convert the property, to someone else; the main house is for sale partially refurbished as a house or to be split two duplex apartments. But the educational additions to the site – which include an extraordinary galleried library for the female students, four Grade II buildings added at different times during the college’s history – are all to be turned into 156 luxury flats and townhouses, while the old chapel is to become a three-bedroom lodge.

Two new modern buildings are also being constructed on the site, plus two townhouses as well as an underground car park, and landscaped gardens. Let’s hope the millions being poured into the site’s refurbishment and conversion secure its future for another 174 years.

Prices at Hampstead Manor start at £747,500 for a one-bedroom apartment and rise to £3.5 million for the townhouses.