Home What's On Terry O’Neill: An Interview with the Accidental Photographer 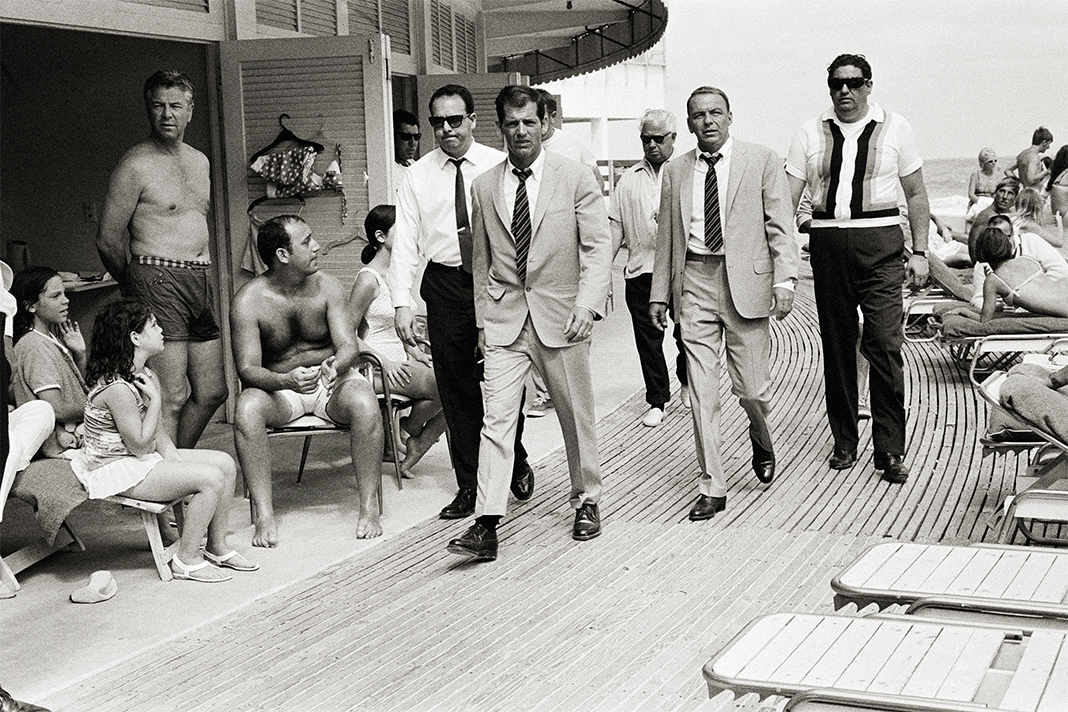 Kensington & Chelsea Art Weekend draws on the cultural legacy of the borough of Kensington & Chelsea by opening the doors of its creative spaces for a curated programme of talks, exhibitions, events and more. Taking place between 27-29 July, it welcomes Londoners to discover the artistic heritage or the area and engage with its creative talents.
Take a trip down memory lane with Faces of Kensington & Chelsea by Terry O’Neill. This exhibition will see Sloane Square transformed into a dynamic public art space, paying tribute to its local history and the legends who lived and worked there.

To find out more, visit kensingtonartweekend.com

Why did you pick up the camera in the first place?

Playing drums in jazz bands was and is my first love. I was successful in London clubs but I wanted to play with the best and they were in New York. Getting there was of course expensive, so I hit on an idea. If I could get a job as an air steward on the BA (BOAC) transatlantic flights, I could moonlight in clubs in London AND New York. But there were no jobs going for air stewards. I was told that I could take a job in the technical services division and wait my turn. I took the job. They gave me a camera and tasked me to take pictures at the airport of VIPs or families saying their goodbyes; pictures that could be used to promote the airline. One day I took a picture, very candid, of a bowler-hatted gentleman snoozing in a chair surrounded by West Africans in tribal robes and headgear. I didn’t know then that it was one of the most important men in the British government and Commonwealth, Rab Butler, Secretary of State for Foreign Office. Someone tapped me on the shoulder and asked if they could buy the film. It was a Fleet Street newspaper reporter who knew what I had. The next thing I know, the newspaper wants to employ me. Suddenly I’m doing seven jobs a day.

Is there anyone you wished you’d photographed but haven’t?

Very few. Marilyn Monroe died sadly a year or two before I made it. I’ve done every prime minister including Winston Churchill, presidents, royalty and I got to photograph Nelson Mandela, Amy Winehouse and Pele the footballer. I’d like to photograph Putin, he’s an intriguing character. I’d like to find who is behind the mask. Maybe Mourinho; but there seem to be so few real stars today who can hold a candle to Liz Taylor or Sinatra. They were mesmerising, they walked into a room and the room fell silent. Who is there today to compare? They all seem like pygmies in comparison to the great characters of our times like JFK or Audrey Hepburn.

How do you get the perfect shot?

Probably my greatest images were almost accidents; being in the right place at the right time and knowing when to be ready. Brigitte Bardot on a film set with occasional gusts of wind blowing the hair across her amazing face – I waited for that one gust. Frank Sinatra on the Miami boardwalk with his entourage. I was actually walking to his hotel wondering how I’d get past security to the Presidential Suite to hand him the letter my friend (his second wife) Ava Gardnerhad had written by way of introduction. Then suddenly there’s Frank walking towards me; I started taking pictures. When challenged, I gave him the letter. He read it, put it in his pocket, turned to his entourage and said, “the kid’s with me”. For the next 30 years we worked together. Backstage, on stage, in private I went everywhere and he NEVER said “stop taking pictures” or “put down that camera.” It was the greatest compliment anyone has ever paid me. Trust. And I learned to be invisible. 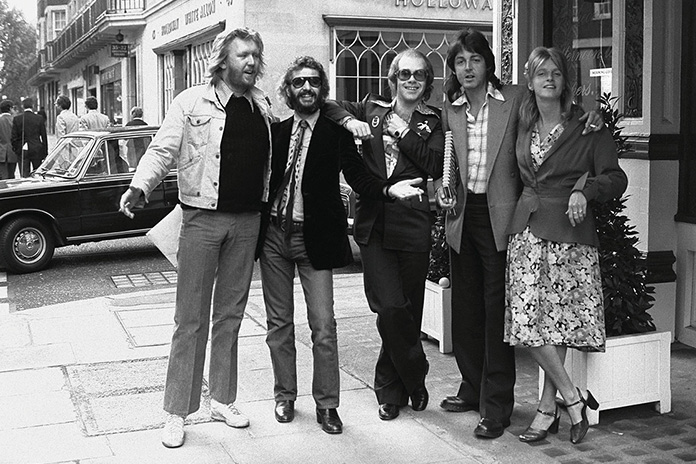 Exactly what is it you want to say with your photographs and how do you go about getting that across to the viewer?

My photographs only work if they tell a story. I’m really a journalist with a camera, a storyteller who uses pictures not words. You take a picture with your eye, your anticipation, the camera merely helps you interpret what you see. Take my famous David Bowie Diamond Dogs shoot. David in a studio with a Great Dane jumping up on its hind legs, barking madly and David not turning a hair. That wasn’t posed. The dog freaked out at the strobe lights and reared up to bite them. The entire studio ran, except David and me. He was high at the time and I was behind the camera which gives you a false sense of security. A great shot, part accident, part knowing to keep the camera rolling.

What makes a good sitter?

Trusting the photographer. It’s not my job to take a bad picture. It’s my job to take a great picture. The best sitters are the famous names who know deep down that behind the celebrity they are just ordinary folk who use the toilet just like the rest of us. I have always treated my subjects respectfully, but I’ve always viewed them as people – nothing more – and that way you both relax, you both bond and the best flows from that. Bowie was brilliant because he actually collaborated, he wanted to tell a story too. Others, like Steve McQueen, were just control freaks and bullies. So when he started to rant, I just carried on taking pictures of this angry man – because that’s who he really was.

How much do you respond to chance and occurrences?

All the time. No matter how much of an idea I may have fixed about someone, my eye is looking for opportunity, a moment, an insight that reveals more or tells a deeper story. 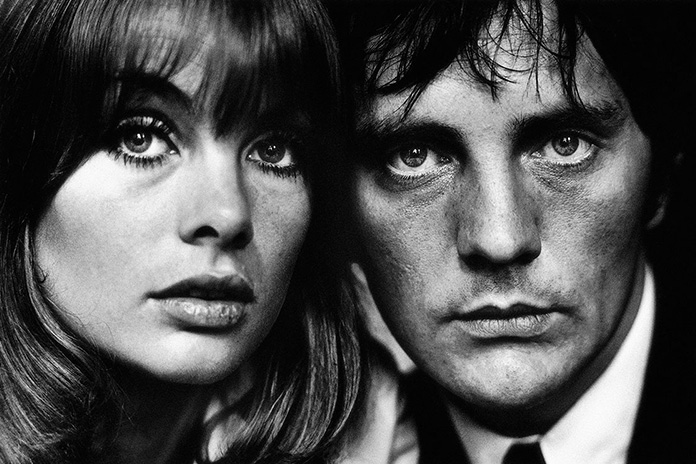 How have you come to be involved with the Kensington & Chelsea Art Weekend?

I’ve lived and worked around Kensington & Chelsea most of my life. It’s where art and life combined, popular post-war culture began – Mary Quant had her basement on the King’s Road and Barbara Hulanicki opened Biba in Kensington. The Beatles, The Stones, the first supermodels and I would hang out at those shops, we’d eat at the restaurants and discuss ideas. Kensington & Chelsea was at the epicentre of the Swinging Sixties and in truth, that’s where it all began.

What can you tell us about the projects you’re going to be working on for Kensington & Chelsea Art Weekend?

I have several places exhibiting my work including Box Gallery on the King’s Road and the Little Black Gallery on the Fulham Road. My art hangs all over London actually – it’s amazing how many places you can see it, from Lucio’s restaurant to the Savoy American Bar. There’s also a major new hotel opening next year that is using my photographs throughout 1,000 rooms.

Tell us about your organisation and its mission?

I work exclusively with Iconic Images. It has the biggest archive of Monroe, Bowie, Elton John, Audrey Hepburn, Jimi Hendrix, The Stones, Led Zeppelin and hundreds of others in music, jazz, film, stage and politics, but also the biggest fashion archive in the world. Iconic makes sure a photographer’s legacy is insured and ensures our photographs can still be enjoyed 200 years from now.

What is your link to the area and heritage?

Work and food. I’ve worked in the area at studios most of my life and of course, I’ve eaten in the borough most days too.

What is your favourite cultural hot spot or art gallery in the borough?

The V&A Museum tops every other venue in London – it is probably the best in the world. They’ve just opened their Photographer’s Gallery which is a great leap forward because photography is now a major player in the art market whereas it was invisible only 10 years ago.

What is your future vision and how could you see Kensington & Chelsea improve?

The borough needs more cultural art spaces and galleries or it’s going to be overtaken by the East End/Hoxton/Clerkenwell axis. It might help if the area created some form of subsidy for art-related projects, but like every other borough, they need every penny of income they can get. The one thing I’ve always wanted to do is a great Outdoor Exhibition. It would be great to decorate a major outdoor area with street art. There’s just not enough to excite the eye outside of traffic signs and shop fronts. I love the idea of “stories on the wall” – great images projected or printed to create public events outdoors.