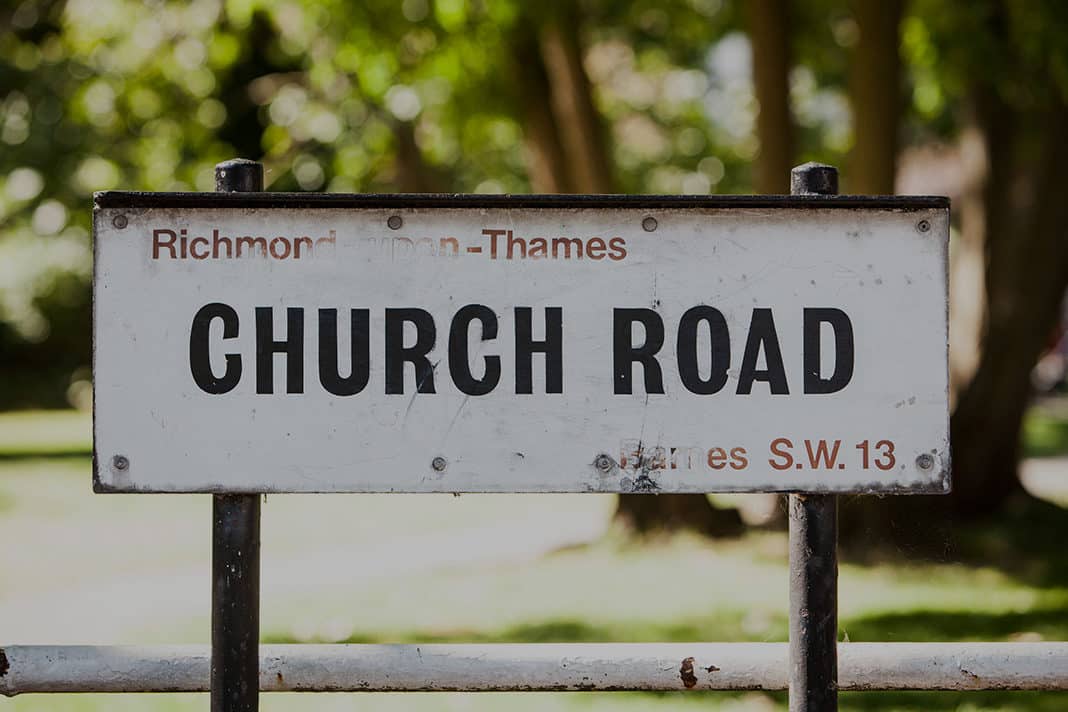 We catch up with Phil Howard and Sam Astley-Dean as they prepare for the opening of their new restaurant, Church Road

For 33 years neighbourhood restaurant, Sonny’s positioned itself as a cornerstone on Barnes’ culinary map. Iconic and esteemed, it hosted everyone from the Rolling Stones to the Spice Girls and fed generations of the same family from 1986 until its closure earlier this year. It was the first venture from restaurateur Rebecca Mascarenhas and its closure was bittersweet, to say the least. But as ever, when one door closes another one opens, and so it is that Barnes welcomes Church Road. Set to open this month on the same site, Church Road is owned by Rebecca and Michelin-starred veteran of the food industry, Phil Howard, who have worked together for 30 years on an impressive list of successful restaurants. Intended to fill the Sonny’s-sized hole, Church Road is first and foremost positioned as a neighbourhood.

What makes such a restaurant great? There are stalwarts on London’s culinary scene – Franklins in East Dulwich, Trullo in Islington, Brawn on Columbia Road – that have a certain je ne sais quoi, enticing the same customers again and again. According to Phil, it’s all in the simplicity. He sits across from his kitchen partner and protégé Sam Astley-Dean who will be heading up the chef’s brigade. With Church Road, Rebecca and Phil were keen to encourage the next generation to take the reigns, giving capable young chefs and waiters an opportunity to get ahead in the game. As such, Sam has been enlisted from Elystan Street where he worked as Phil’s sous chef, along with General Manager Alan Parry to head up front of house.

“Sonny’s has been a project Rebecca has run for over 30 years and I’ve been on board for the last five. It felt like it was time to invest in some of the talent in our other restaurants,” Phil says of Sam. The two are aesthetically opposite – Phil is clean cut with thin wire-frame glasses and cutting cheek bones while Sam, tattooed, bearded, sports a look that is Shoreditch chic. But the two share a common food philosophy.

“It doesn’t have to be fancy,” Phil says, “20-25 years ago, most good chefs went on to get multiple Michelin stars by opening multiple tins of caviar – it was fancy and technical food. Food
has moved on, I have certainly moved on and this restaurant is just not about that. It’s about offering the food that people love.”

Most of the menu will be familiar territory. “Anything that is new or radical will go down like a sack of shit,” says Phil. But having said that, they’ve still got to outshine their neighbours. “It’s handy to have two or three things that stand out on the menu – even in writing – for people to say ‘that’s cool, that’s different, or I wouldn’t have expected that,’” Phil explains.

“It might be something that they’re familiar with, we’ve talked about a curry which would be the first in one of my restaurants in 30-odd years,” he continues.

Phil talks with clarity and decisiveness that only comes with years in the industry. He worked for the Roux family before spending a year each at London’s Bibendum and Harvey’s. In 1991 aged 24 he opened The Square, before partnering with Rebecca in Kitchen W8 and Sonny’s. Next came Elystan Street in Chelsea and now this. The idea is that Phil will oversee the culinary direction of Church Road but it’s predominantly Sam’s project.

“One of the most enjoyable parts has been coming up with endless ideas,” Sam says of the venture. “My mind goes a million miles an hour, so the challenge is in restraining it. That’s where Phil and Rebecca’s experience comes in, their level-headedness keeps things in check,” he says.

Having started out in a gastropub, a country house hotel and Manchester’s Harvey Nichols, Sam moved up the ranks in the kitchens of the Chester Grovener, Claridge’s and Elystan Street, where he was Phil’s sous chef for two years.

“Sam has his own skill to bring, he has it in him to make this great,” Phil says.
The ability to throw together a decent dish is one thing, but knowing how to helm a kitchen and handle a team is something entirely different.

“When it comes to recruiting someone for the role of head chef, it can be tricky. You need someone who is in command of their trade,” Phil explains. “They’ve got to be a great craftsman, a great leader and a great teacher. Those three things you don’t often get in one person,” he says. As well, “It doesn’t matter whether it’s a burger or a langoustine with truffle sauce or a great bar of chocolate or a scoop of ice cream, a good chef needs a strong palate and the ability to appreciate good food in its simplicity,”
Phil says.

That’s not to say that the role won’t come without its demands. “As a chef, you are taught most skills but being manager is completely different,” says Sam. “But the main part of my job is the cooking, making sure the food is great. To carry on pushing that forward is much like being a sous chef. But the managing side is definitely the biggest difference between the two roles. There’ll be different people, different scenarios that I’ve not come across before, but it’ll be a great challenge,” he continues.

So with head chef and a tight core kitchen troupe in place, the pair are on track for the opening this month – but by no means will it be a leisurely ride. The restaurant industry is notoriously high-pressured, both economically and in what it demands of its workers.

“In the last two months I’ve just felt that there are not enough hours in the day. Some days, some weeks I’m like a pinball bouncing all over the place trying to get everything done,” Phil says. “But there is also the very palpable pressure of being a chef. A chef de partie in an ambitious and disciplined kitchen is expected to produce food of a certain standard. That simple defined role is hard: come in, do the mise en place and then deliver. That alone is hard, especially when you’ve got a head chef screaming at you all day,” he explains.

Sam agrees. “The biggest thing is time, because we work to time. In any other job you can prioritise tasks and if anything goes wrong you can talk about it and fix it.
But in this industry, you have to do it
then and there.”

Phil continues, “If you were to go and stand in the kitchen of a busy restaurant, and you stood and watched the chef for the 16 hours that he is there that day, it’s outrageous. But it’s also the very thing they come back to every day. I am humbled so often, most days actually, when you get to my position where the stresses are very different. You just watch how hard people work for you. It is extraordinary.”

The pair are clear about what they want to do together here. They won’t be reinventing the wheel but they’re ambitious. “Now more than ever, I appreciate the need to get it right,” Phil says. “Who are we feeding? What do we need to do? We have the right intentions and we’ll create something that is really special with a team of people who are going to have a great time doing it.”