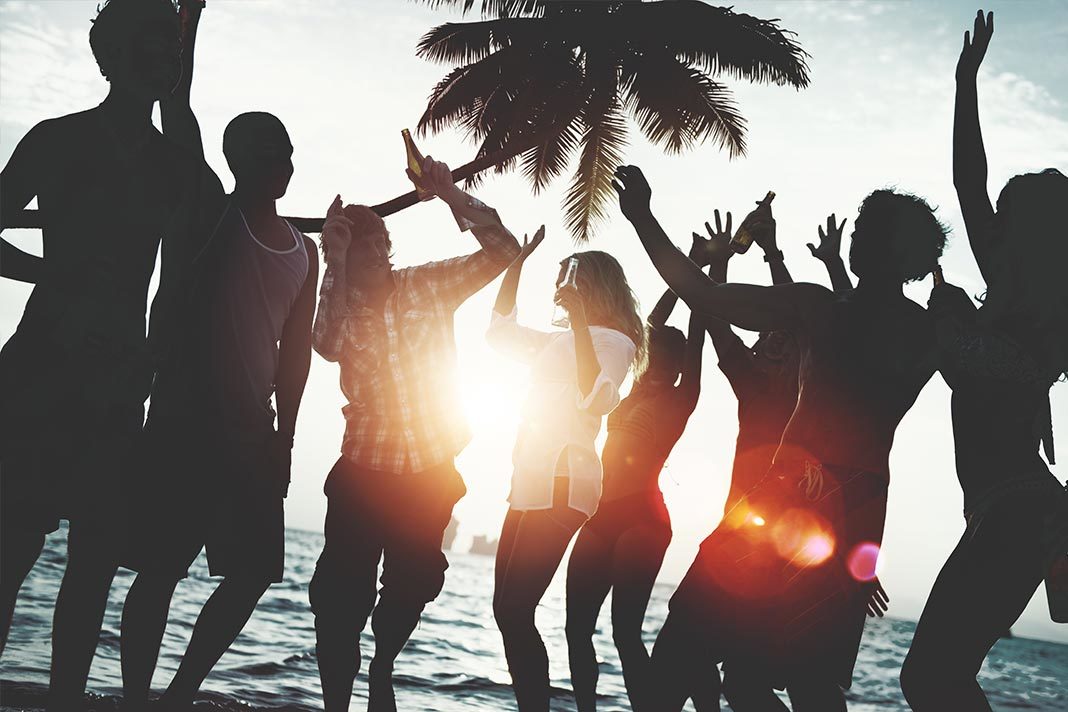 Ibiza definitely deserves its place in the hot-list of summer party destinations but it’s not without its drawbacks. It can be ludicrously expensive and over-subscribed with holiday-makers during peak season. Luckily, there are other action-packed, party holidays that are perfect for letting loose by the sea. If your holiday heaven involves cocktails, dinner and dancing in an outdoor nightclub, you’ll be in island paradise here. Here are a few of our favourites… 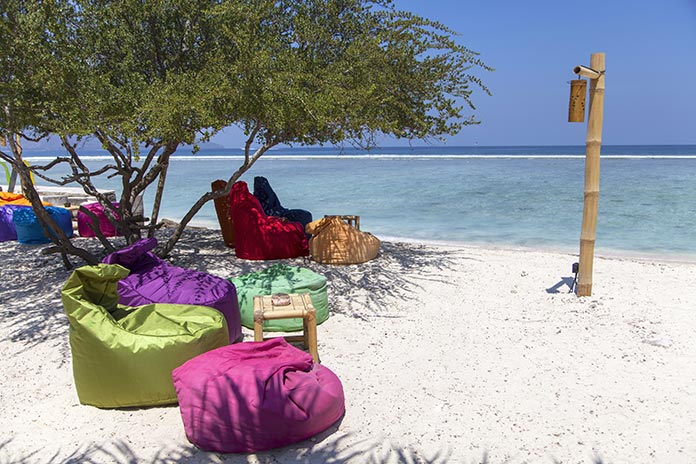 Universally known as Gili T, this minuscule desert paradise is one in a triad of palm-lined, white-sand islands. The three have exploded in popularity and are booming like no other place in Indonesia. Each island has its own character, but Gili T is by far the most cosmopolitan. Its has a vibrant bar and party scene, chic accommodation and ambitious restaurants. 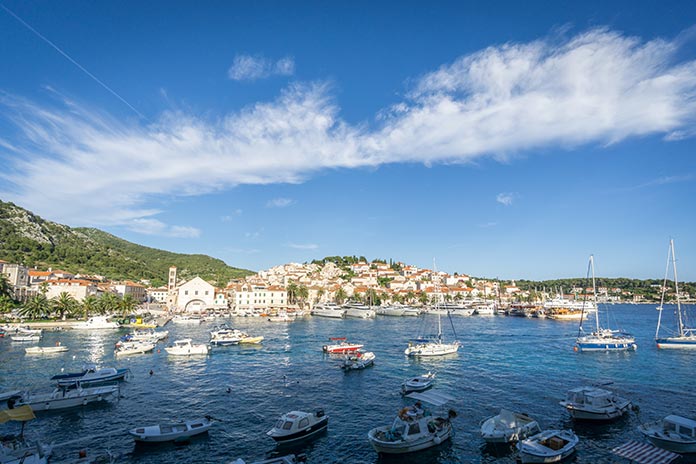 Croatia’s hub and busiest destination, Hvar Town draws around 20,000 people a day during high season. This is the island’s most fashionable resort and has attracted the likes of Prince Harry, Keira Knightley and Daniel Craig to its glittering shores. It’s a magnet for yachting types and boasts a wealth of pricey but rustic-chic seafood restaurants. After dinner, take a midnight taxi-boat to Carpe Diem Beach in Stipanska Bay. This magical setting is perfect for party holidays and bolsters Hvar’s reputation as Croatia’s premier town for dancing into the night. 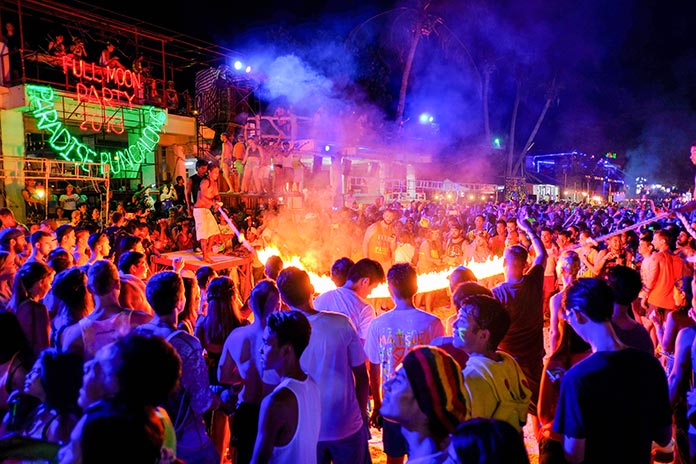 If your perfect holiday involves three-day beach parties, this is the island for you. Famous for its full moon parties at Haad Rin’s Sunrise Beach, this island is for hardcore partygoers. During peak season, the island welcomes close to 20,000 visitors dancing, drinking and cavorting on the white sands under the full moon. If you can’t make it at the right time of the month, don’t worry – there are half-moon and black moon parties in intervening weeks. There’s action every night of the week at the island’s beach and cocktail bars too. 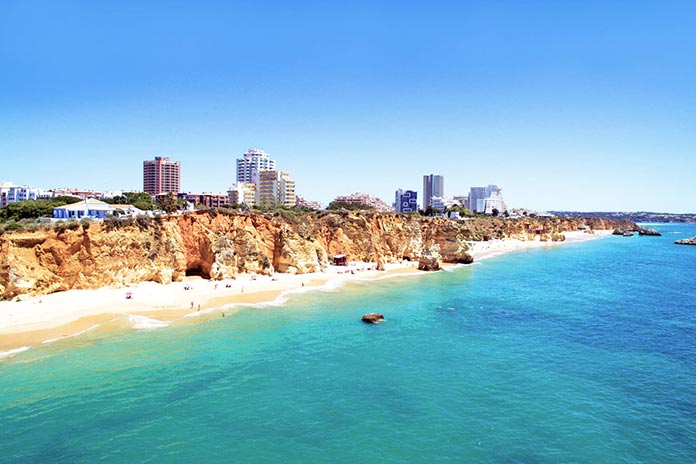 Known equally for its wild nightlife and lovely beach, this spot affords more than merely lazing by the pool. Praia da Rocha is very developed – a casino, bars, restaurants and nightclubs line the beach –  and consequently is crowded in high summer. From kite surfing to beach volleyball, there is something for every traveller. Escape the mayhem in the Bela Vista Hotel, a 19th-century architectural gem with stained-glass windows and turrets. 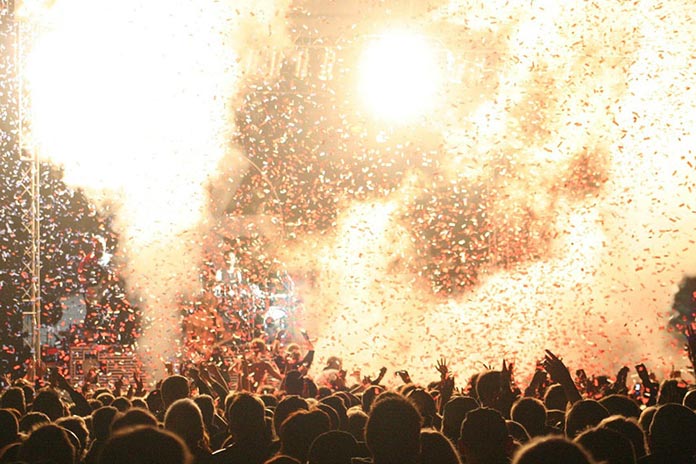 Settled on the northern tip of Sardinia, Santa Teresa Gallura is one of the island’s liveliest resorts. It’s a euphonic hum of bars, pizza places and seafood joints and from May onwards is completely buzzing. It also has some incredibly beautiful beaches, ideal for rest and hangover recovery. 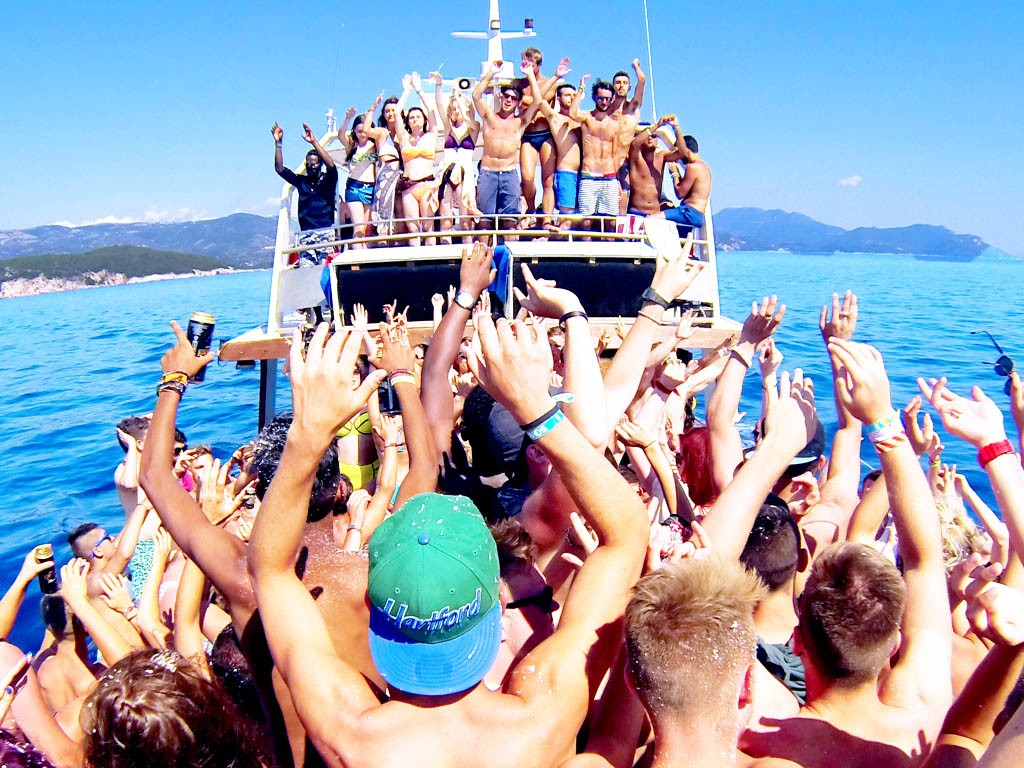 Kavos is ideal for anyone who wants a truly wild time. You won’t find the pretence of sophistication found in Ibiza here; this resort is unashamedly boisterous. And it couldn’t have an easier set-up; it’s essentially one long street, lined with clubs, bars and restaurants. Some of the best-known UK club promoters put on nights in Kavos, including Cream and Ministry of Sound. 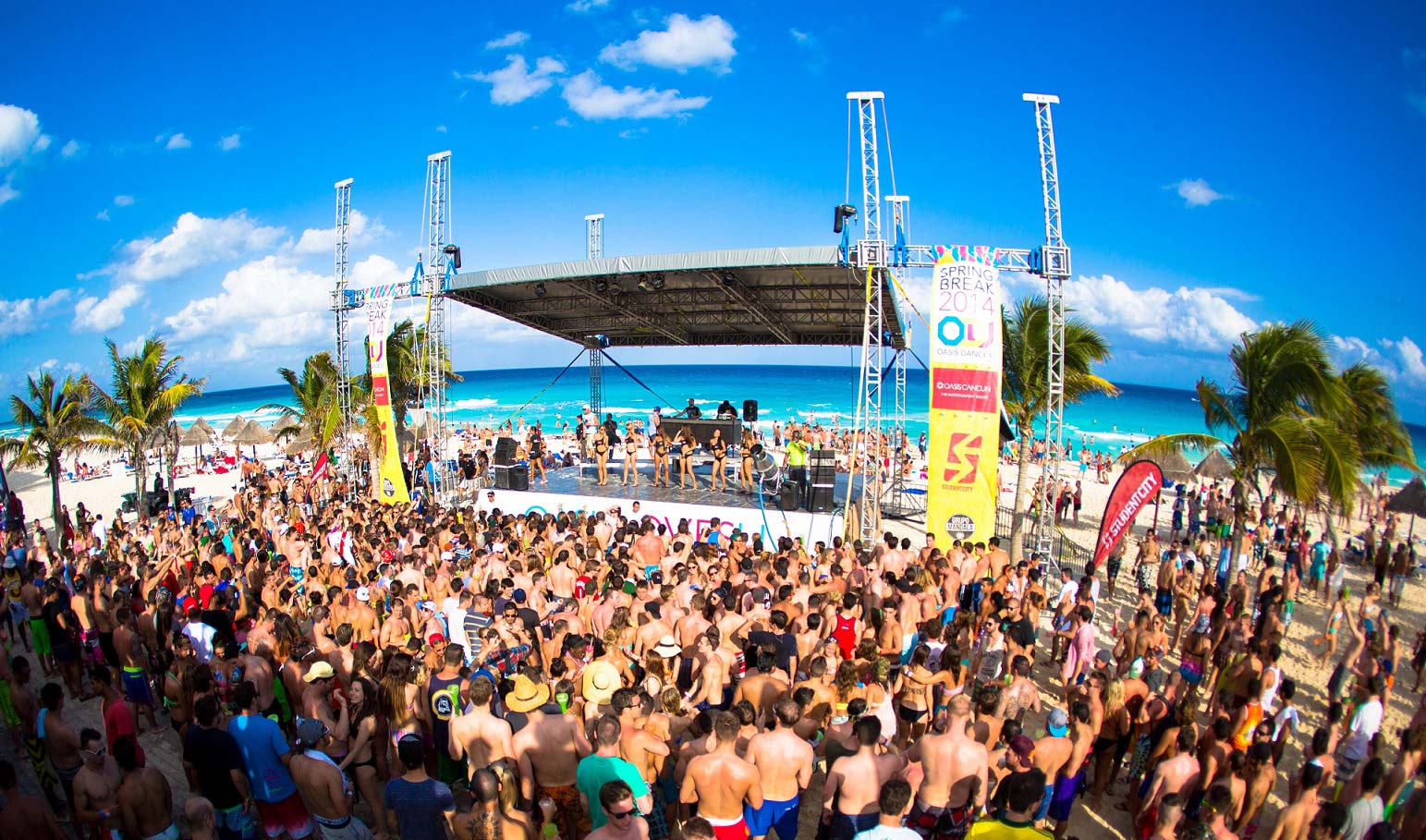 Cancún delivers two holiday hot-spots rolled into one. There’s the glitzy hotel zone with its white-sand beaches and illustrious party scene and sophisticated seafood restaurants. Then there’s the actual city itself, where you’ll get a taste of local flavour. Wherever you are in this Mexico escape, Cancun really cranks it up a notch at nighttime. Right from dinner, the restaurants get things going, then it’s a free-for-all depending on what you fancy. Catch flamenco dancing and cabaret downtown, while over at Boulevard Kukulcan – in the Hotel Zone – the super-clubs pick up the pace. Either way, early nights are pretty unlikely. 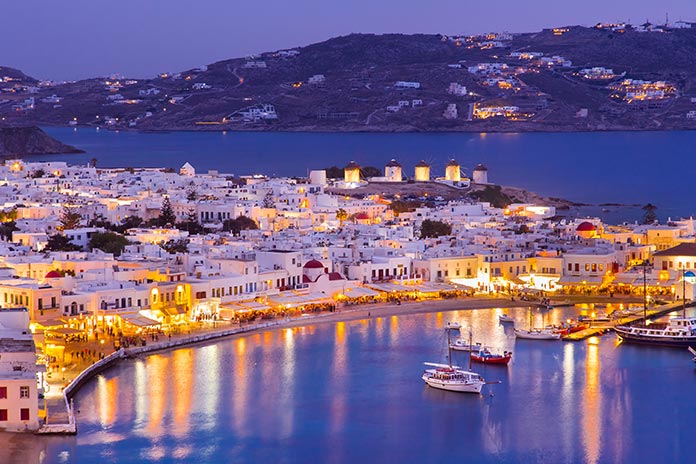 Forget Kuala Lumpur and Penang, the perpetual party in Malaysia is on this little island. Spend the sunlight hours relaxing on some of the most perfect beaches you’re likely to come across and prepare for the evenings when things get crazy. Ease yourself in at the bars on Pentai Cenang beach, then head toward one of the pulsating bars to dance until you drop. Recover on that breathtaking white sand with a mango juice in hand, rinse and repeat. 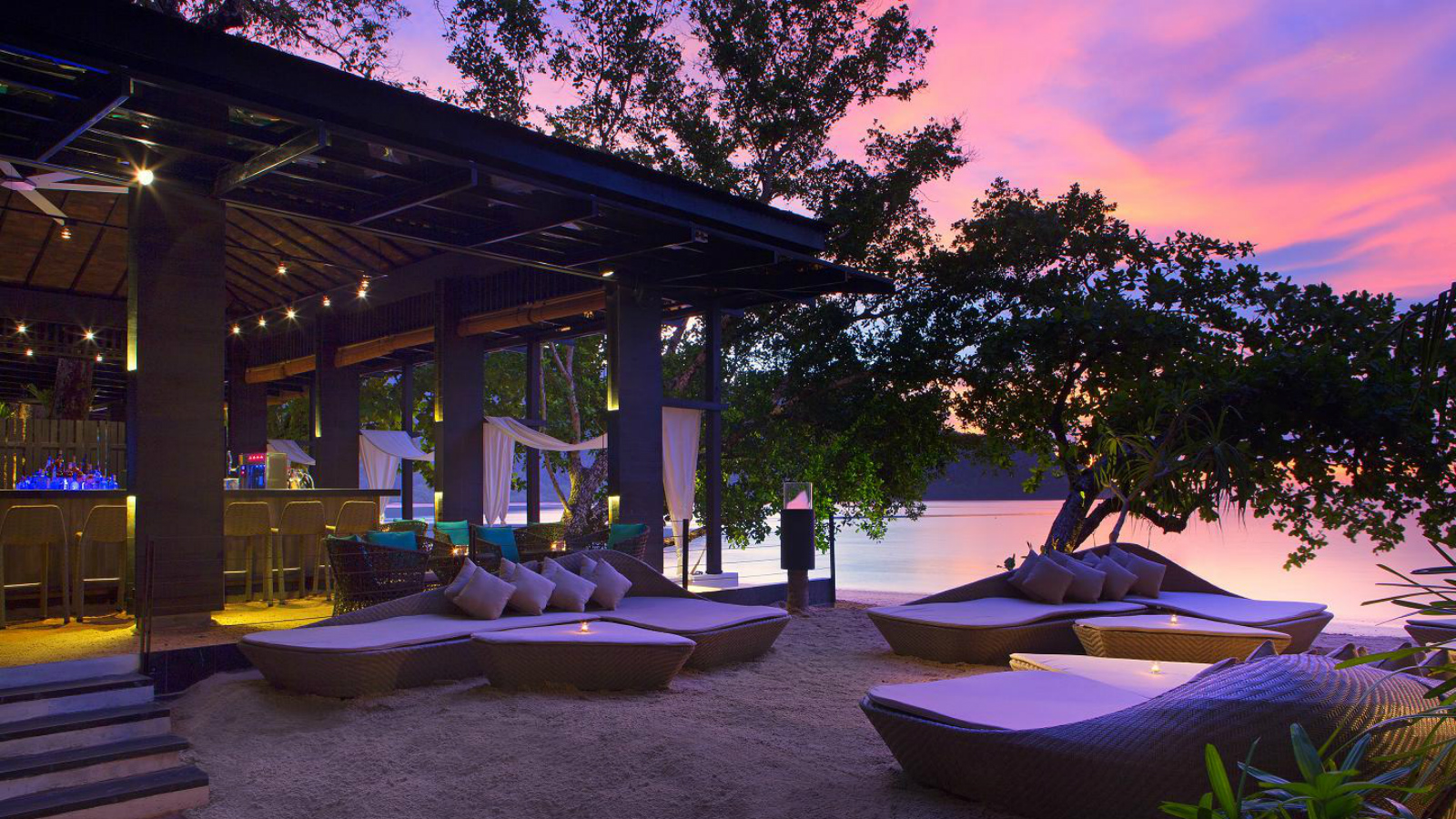 Mykonos provides the glitz and glamour for Greece with its St-Tropez-meets-Ibiza style. It has a party-hard reputation that attracts a mix of hedonistic holidaymakers and fashionistas. Hip new hotels, beach bars and restaurants are abundant, prices are escalating and tourism is booming. July and August are the best times to visit for relentless partying; however be prepared to pay a fair bit.

Like this? Check out the best places for an adult girls holiday

The Best Hotels With a View of the Northern Lights

The Best U.S. States to Visit

What To Drink in Dry January

We Try 58 Gin’s Make Your Own Gin Kit