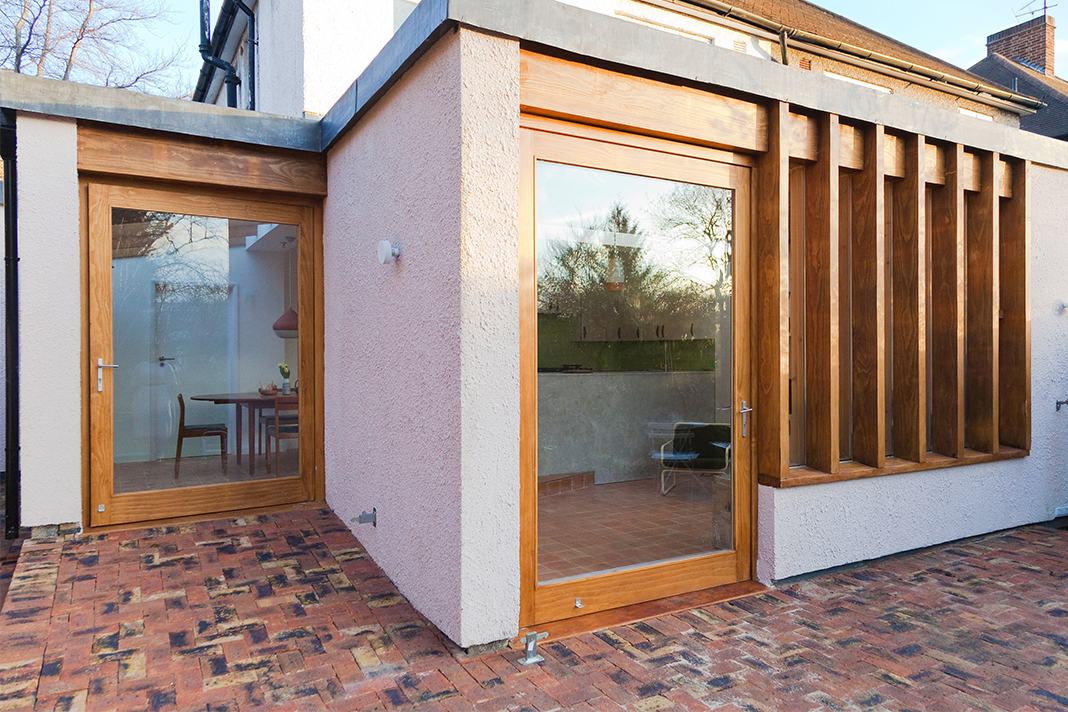 Nimtim architects were approached to create a new side and rear ground floor extension to a mid-20th century semi-detached house in Lambeth. The extension had to resolve a number of existing issues at the property including extremely unstable ground conditions, poor access to the garden and severe overlooking from adjoining neighbours as well as a newly-built block of apartments at the back of the garden.

The garden is generous and beautiful and the most important part of the property for the client. The intention was to connect house and garden visually, materially and spatially with the new addition. One of the key moves was to introduce a change of level internally, which helped connect down to the garden level but also introduced an element of drama, allowing occupants to look over the whole garden as they entered the living space. 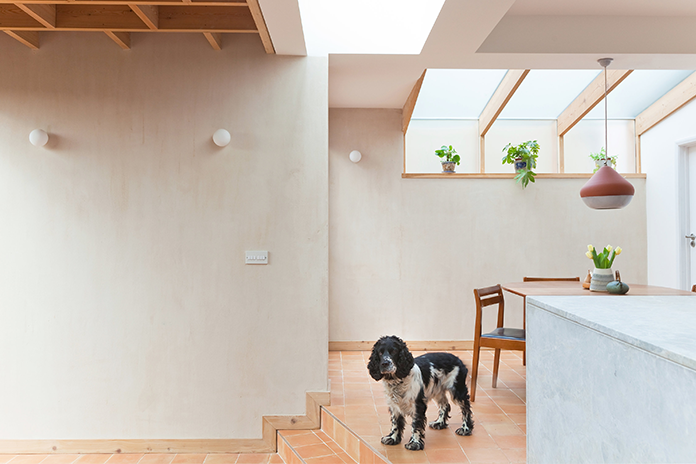 The additions include a rear and a side extension and these are tied into the renovated existing garage to read as a single form externally that wraps around the original house. The external walls of the extension are finished in a pale pink, textured render relating to but also consciously different to the finish on the existing house.

Inside the new living space – which spans existing and new structures – large glazed pivot doors frame the garden and allow the space to be opened to the outside in summer. To one side, a large picture window onto the garden is framed by deep timber mullions that provide privacy and reduce overlooking from the neighbours defining a more private and reflective area within the main space. A slot roof light over the kitchen and a glazed roof to the side extension flood the new space with natural light. 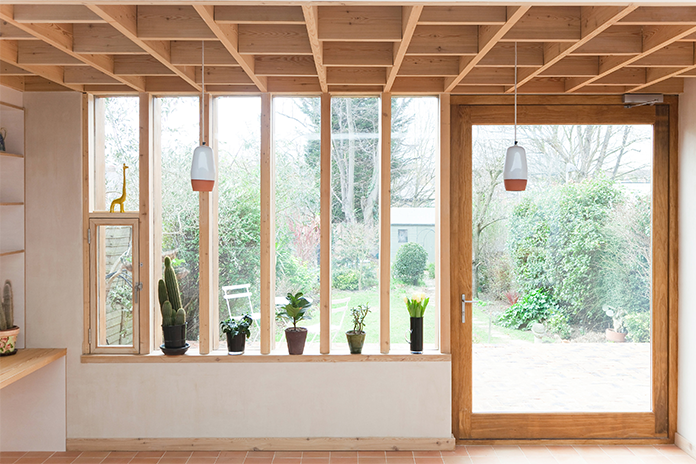 ‘The existing situation at the rear of the house was pretty dreadful with terrible overlooking from a number of sides and chronic movement in the ground around the house and its existing conservatory. The addition had to solve all of these issues but we also wanted it to feel like a natural response to the house and its context – like it might always have been there’

Internally the materials are natural and earthy – again connecting to the garden; the walls use a finer textured version of the external render. The exposed timber structure of the roof draws the eye to the timber louvres and the garden beyond. The terracotta tiled floor allows a soft demarcation between inside and out. The angles of the steps, side roof and internal structures allow individual areas to assert their own identity and character while still operating together as a cohesive space. Crucially wherever you stand within the space you are afforded generous views of the garden. Finnish plywood coated in a white translucent surface is used for the kitchen cabinetry. An Italian marble with veins of rust running through a grey/ white background was chosen for the kitchen worktops and island picking up the earthy tones of the walls and floors.