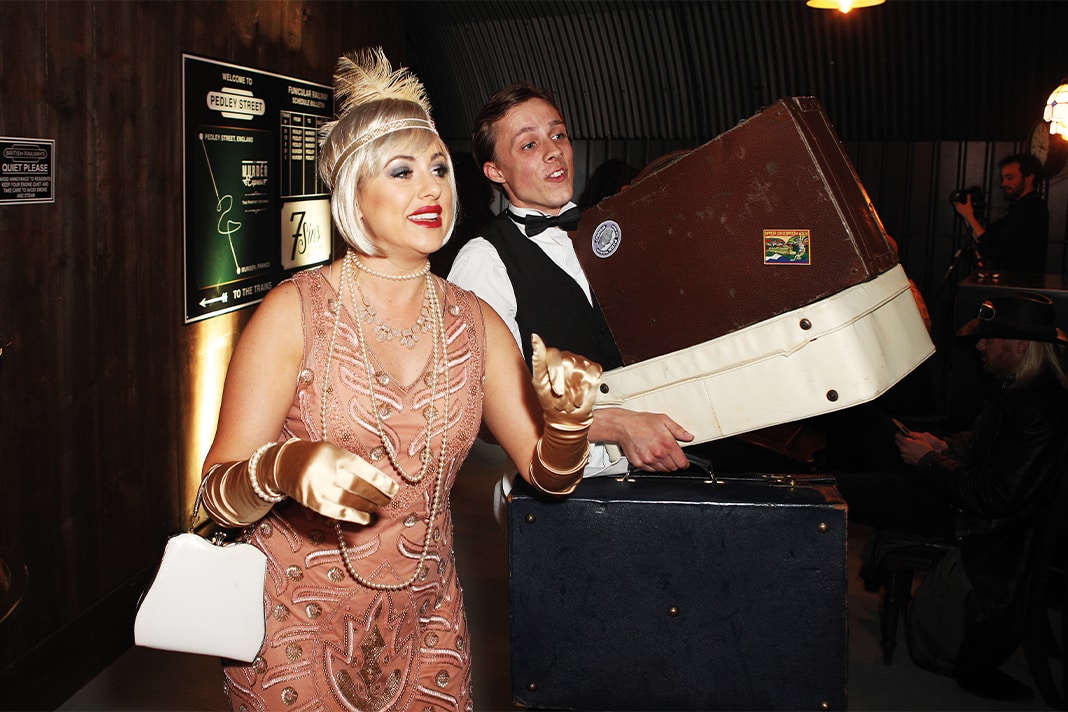 All aboard for an evening of fun, food and a spot of murder… we review Funicular Productions’ Murder Express

To say that these are tough times for theatres is an understatement. But despite several restriction changes (even after the show opened) Funicular Productions’ immersive show The Murder Express is very much on, and the team’s dedication is impressive. It’s an ambitious undertaking – and as an audience that hasn’t been inside a theatre for more than six months, we’re very grateful to them. Heavily reduced audience numbers create an even more intimate experience than intended, which works pretty well for a show like this. 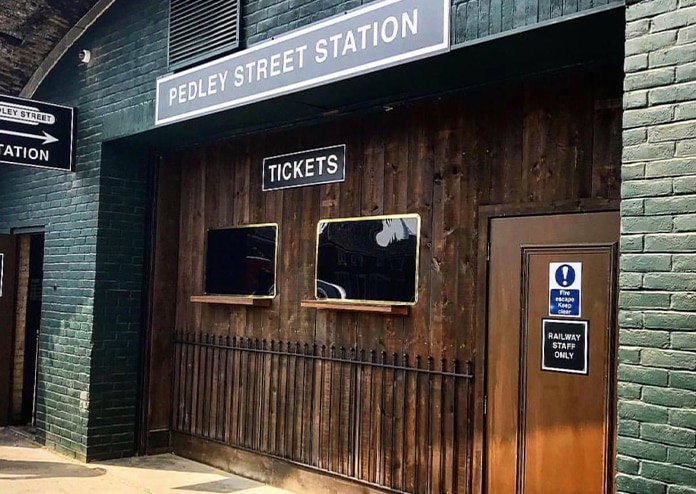 Pedley Street Station is a converted railway arch in Bethnal Green; we’re transported to 1920s London and informed that there’s been a ‘slight outbreak of flu’ in the area so would we mind if they took our temperature? At the platform bar we linger with Negronis and witness an altercation between glamorous sequin-clad Tilly Tulip and her husband Frank Fletcher, each of whom whispers conspiratorially at us – ‘I’m divorcing him’ – ‘she’ll see what’s coming to her’ – in heavy pastiche. Significant looks and faux-sinister comments set the tone. ‘There has never been a murder on the Murdér Express,’ everyone says, more than once; the train is destined for Murdér and we’re all boarding it. 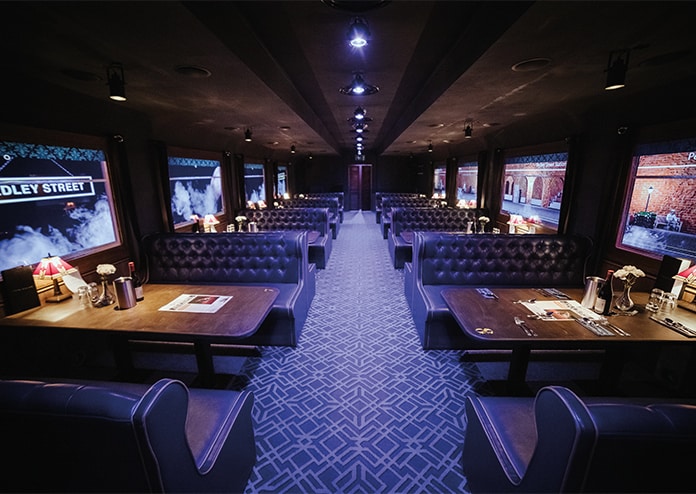 Inside the carriage we sit at booths; screens display passing countryside and we definitely feel that we’re moving. Dinner is served – because don’t forget this is a culinary theatrical event, catered by Masterchef finalist Louisa Ellis – first a truffled amuse bouche, then a beetroot tartar and next a beef dish with braised lettuce and finally pannacotta with raspberries. Cliff Curtis passes through the carriage dropping heavy Cluedo references and pointedly leaving a rope and a candlestick behind. 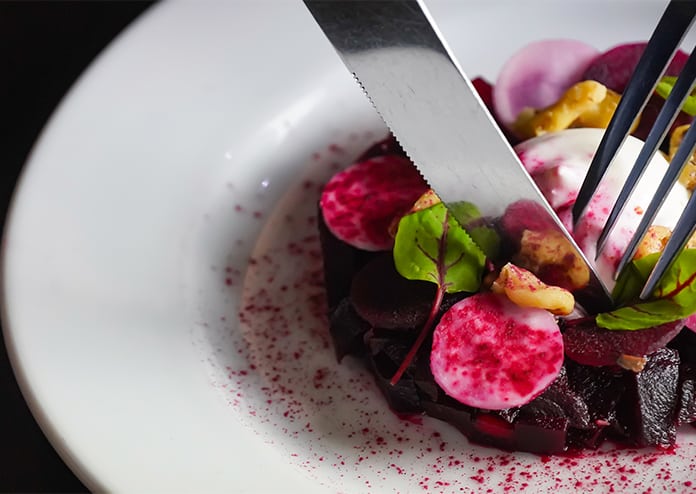 We can’t reveal what happens next, though highlights include the lines: ‘Give her a nudge and see if she’s shuffled off this mortal coil’ and later: ‘This is now a crime scene and from now on, ladies and gentlemen, you are all suspects.’ For all theatre-starved Londoners, this is a fun night out.

Like this? Check out the The London Agenda – this month’s best cultural events