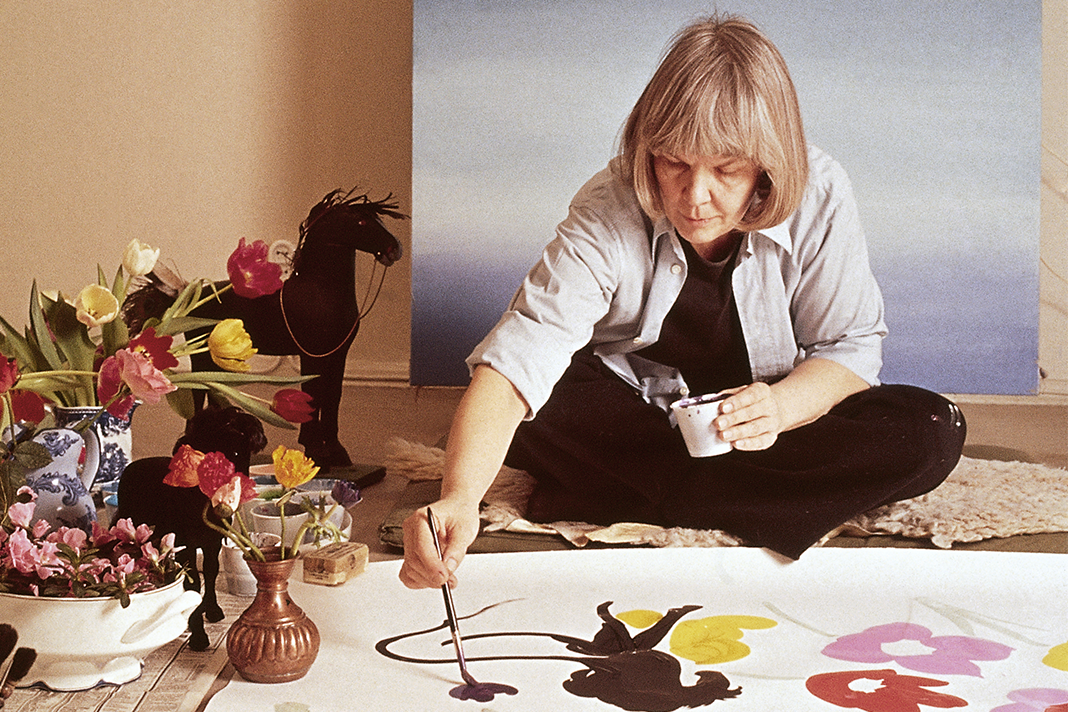 This summer, Finnish design house Marimekko is celebrating 50 years of its Tasaraita stripe – but the company’s story goes back further than that. HOME traces its story.

It all began in 1949 when Viljo Ratia founded Printex, a small Helsinki-based textile printing company, in 1949. Viljo’s wife, Armi Ratia, envisioned a bold future for textile design and manufacturing. To fulfil her vision, she gathered promising young artists around her and asked them to create new and striking fabric prints for Printex.

One of the young artists was Maija Isola, whose Amfora design was among the first fabrics printed at Printex. They quickly gained a lot of admirers but no buyers, so these unusual fabrics needed a showcase. Armi’s solution: a fashion show filled with colour, grace and exceptional patterns. The clothes designed by renowned fashion designer Riitta Immonen literally sold on the spot. Marimekko was registered as a company five days later, in 1951 and the following year Marimekko opened its first store in Helsinki.

Vuokko Eskolin-Nurmesniemi joined Marimekko in 1953 to design clothing and print patterns. Alongside her radical loose-fitting dress designs, Vuokko created one the most enduring Marimekko classics: the unisex Jokapoika (every boy) shirt in the striped Piccolo pattern.  Maija Isola continued to create iconic Marimekko prints like Kivet (stones) and many more.

The Marimekko logo, inspired by the simplicity of Olivetti typewriter letters, was born in 1954. Towards the end of the decade, the story of Marimekko began to spread across the seas: first it reached Sweden and soon after the United States. The 1960s got off to a good start with Jacqueline Kennedy buying seven Marimekko dresses and wearing one of them on the cover of Sports Illustrated in 1960. 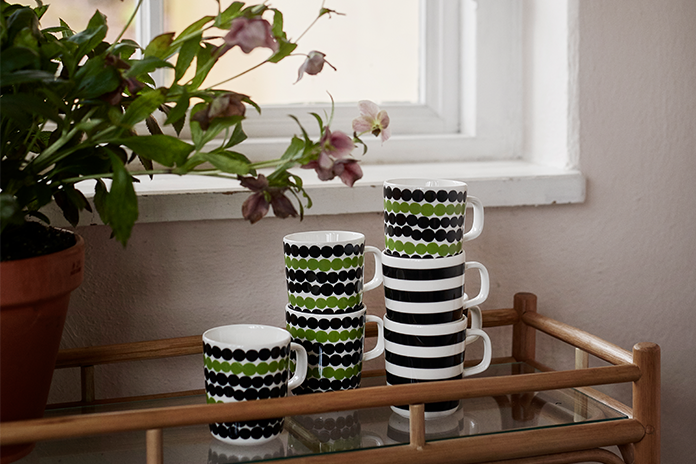 Marimekko became an internationally renowned phenomenon and a way of life. The company grew rapidly and its product range expanded to include a variety of accessories and home items. Armi Ratia built a utopia called Marikylä (Marimekko Village), whose aim was to house the staff and to function as a laboratory for product design and Marimekko living.

In the ’60s, Maija Isola created many of her best-known Marimekko prints, Lokki (seagull) and Kaivo (well) for example. The most widely known by far, however, is Unikko (poppy), which Maija designed in 1964 in protest after Armi Ratia had declared that Marimekko would never be a flower print company.

During the 1970s, the product range was further expanded with the launch of canvas bags designed by Armi’s son, Ristomatti Ratia. Textile designer Katsuji Wakisaka came to Marimekko from Japan and designed several iconic prints like Bo Boo, a pattern which immediately won over both children and adults. 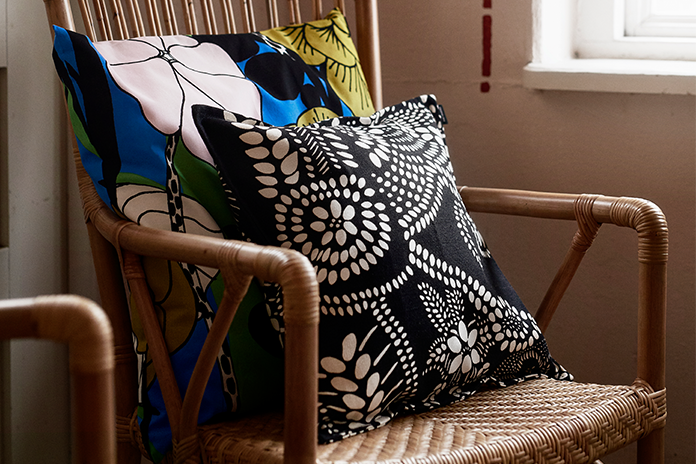 In 1973, Marimekko opened a new textile printing factory in Helsinki and acquired its first flatbed printing machine. The factory was expanded in 1979, when the company moved its entire textile printing to one location.

One of Marimekko’s most famous licensed products was born in the ’80s: the classic Kivi (stone) candleholder designed by Heikki Orvola.

The factory building in Helsinki was expanded in 1983, and Marimekko’s headquarters moved under the same roof as the printing mill.

The ’00s were marked by a global Unikko (poppy) boom, and many other classic designs by Maija Isola also enjoyed greater popularity than perhaps ever before. The Oiva (superb) tableware designed by Sami Ruotsalainen hit the stores in 2009 and was an instant hit. The first patterns for the tableware collection were created by Maija Louekari.

Marimekko’s print production was modernised with the acquisition of a new flatbed printing machine and digital screen-making equipment. 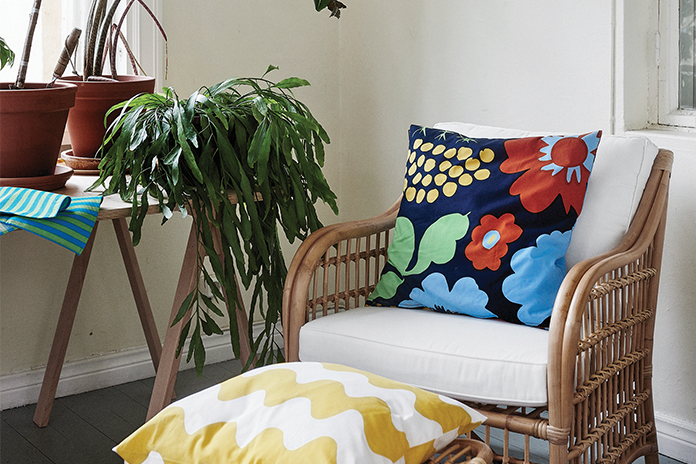 New products have been introduced in the home collection, such as the Sukat makkaralla (socks rolled down) glassware by Anu Penttinen, the Konkkaronkka (bunch) cutlery by Mari Isopahkala, and the Hehkuva (glowing) lantern and the Valoisa (bright) lamp by Harri Koskinen. The output capacity of the textile printing factory in Helsinki was tripled in 2011 with the acquisition of a new rotary printing machine.

Marimekko’s global expansion remains in full swing. The number of Marimekko stores outside Finland has more than doubled, including flagship stores in New York City and Sydney – and Marimekko is at the forefront of the international trend for Scandinavian style.