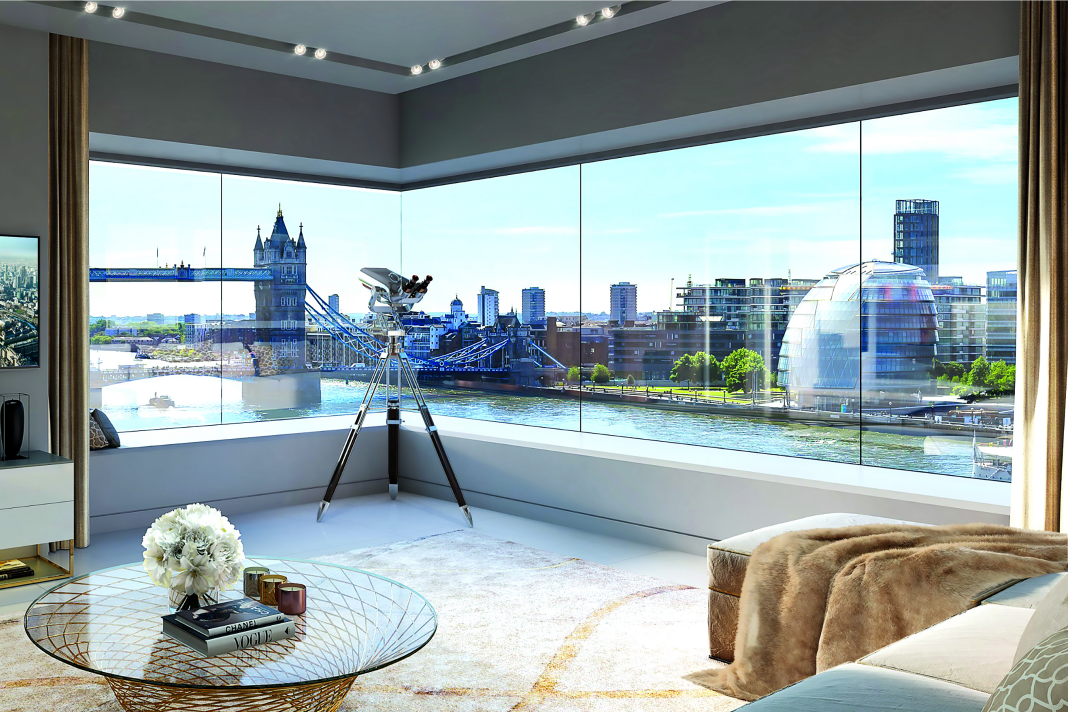 London is the most visited capital in Europe and, except for the sweltering insanity that is Bangkok, the second most visited in the world, a recent poll revealed. But why the popularity? Paris, Berlin and Amsterdam have plenty to offer, don’t they? Most travel writers agree that it’s London’s plethora of landmarks draw in 19 million tourists every year.  These include the Tower of London, City Hall, Trafalgar Square, Tower Bridge, Buckingham Palace, Horse Guards and Parliament Square. And there’s also St Paul’s Cathedral, Camden Market, the Royal Albert Hall, The Shard, Lord’s, the London Eye, the Gherkin, Shakespeare’s Globe, the 02 and many of the bridges spanning the Thames. And that’s just the favourites on TripAdvisor.com.

But while most tourists have only a few hours or days to stand agog at these landmarks, there is a way to get a permanent, birds-eye view. The boom in apartment building in London over the past decade has created development overlooking many of these architectural icons, and the building continues today. Here are eight of the best apartments for sale with landmark views. 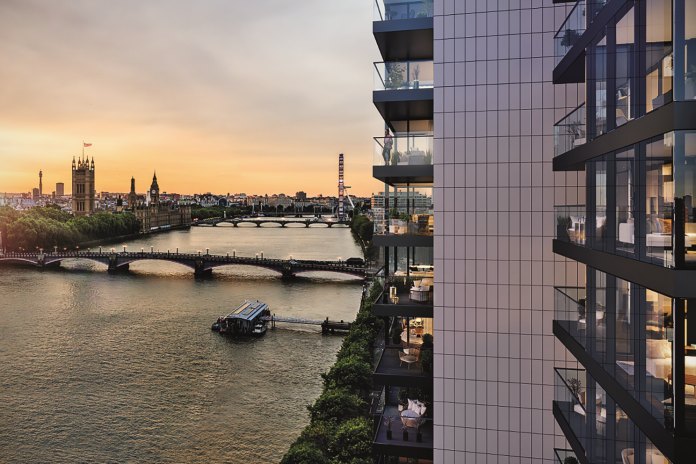 If you want to watch with detached amusement every morning as commuter traffic struggles over Lambeth Bridge below then head for The Dumont, which is being built downstream from the bridge on Albert Embankment road. As well as jaw-dropping views of the Thames, residents also get access to a private cinema, a ten-pin bowling alley, games room and a residents’ lounge, dining room and roof terrace. Prices start at £665,000 and rise to £2.7m. Berkeley Group, 020 8246 4190 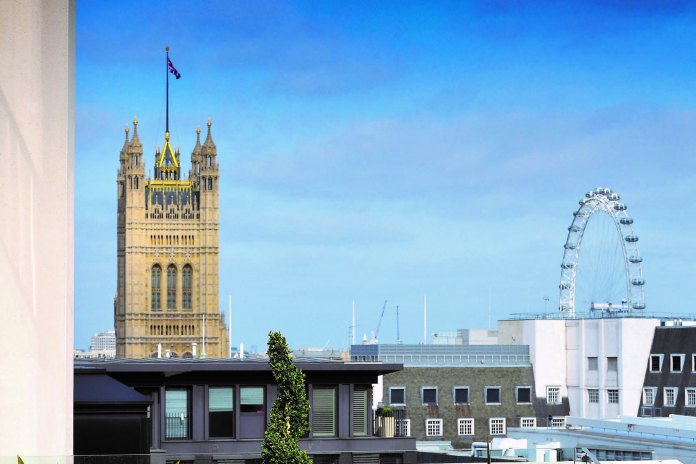 It might sound like a fancy deli that’s just opened on your local high street, but it’s actually a large new development of apartments within bell-ringing distance of Big Ben in the heart of Westminster. The current tranche of apartments selling are three and four-bedroom penthouses starting at £4.57 million. Abell & Cleland. 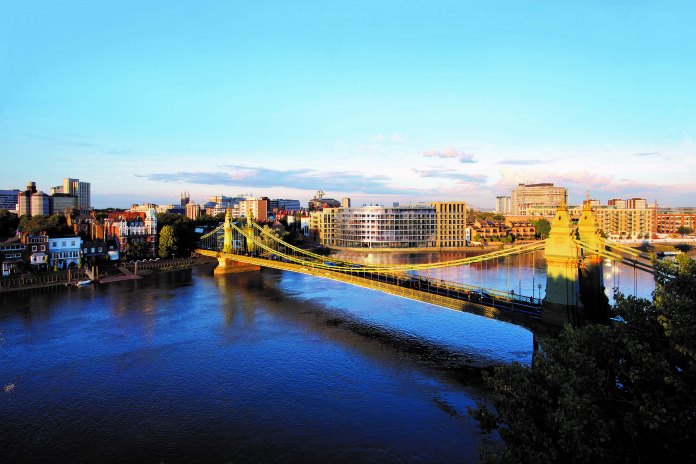 If you want to live in an apartment with stunning views of this iconic suspension bridge then head to Queen’s Wharf by developers FABRICA and Mount Anvil on the northern shore of the Thames. It’s being built on the site of the former Riverside TV studios, where many of the original Dr Who programmes were recorded. Prices start at £1.15 million. Queen’s Wharf. 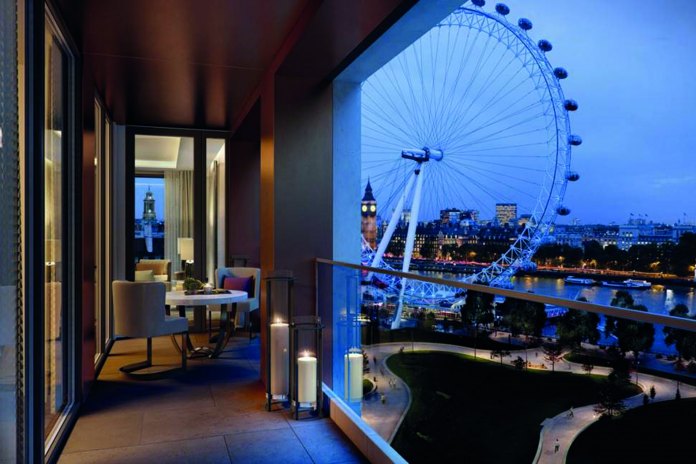 To get a bird’s eye view of the capital from The London Eye costs £23.45 for a 30-minute rotation. But for residents of Belvedere Gardens the price of the same view starts at £1.05 million, although for that price the vista is available 24 hours a day. The development is just behind the Eye on London’s South Bank. South Bank Place. 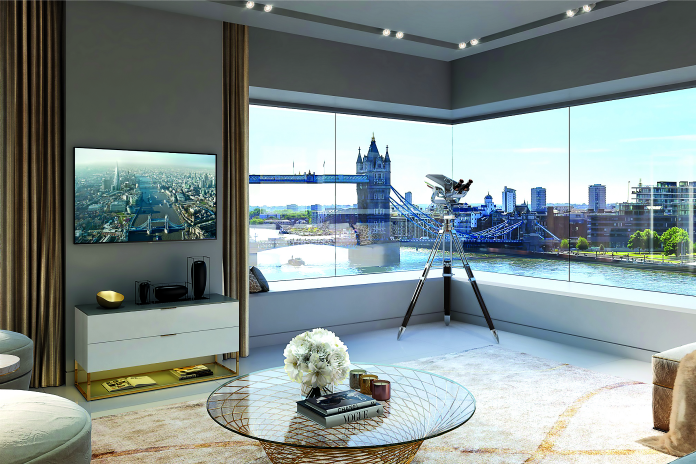 Many of the 165 apartments within this 11-storey luxury development alongside a wharf on the River Thames will have stunning views both the water flowing past but also Tower Bridge, which is a few hundred metres downstream. Some of the highest flats in the development will also have views of neighbouring Tower of London. Prices from £862,500. Barratt London. 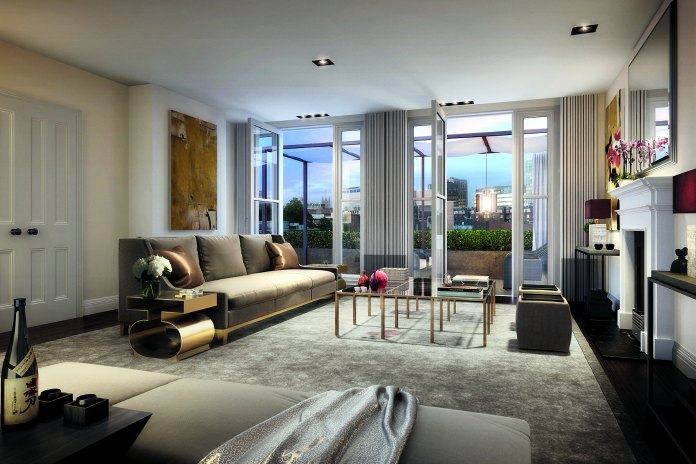 Dropping in to visit the neighbours is going to be problematical here. Firstly, there’s the security. Secondly, she’s very busy most of the time and not that often at home. But if you can muster the £4.35 million required to buy a two-bedroom apartment within this development which overlooks Buckingham Palace, then you can say The Queen is indeed one’s neighbour. Beauchamp Estates.