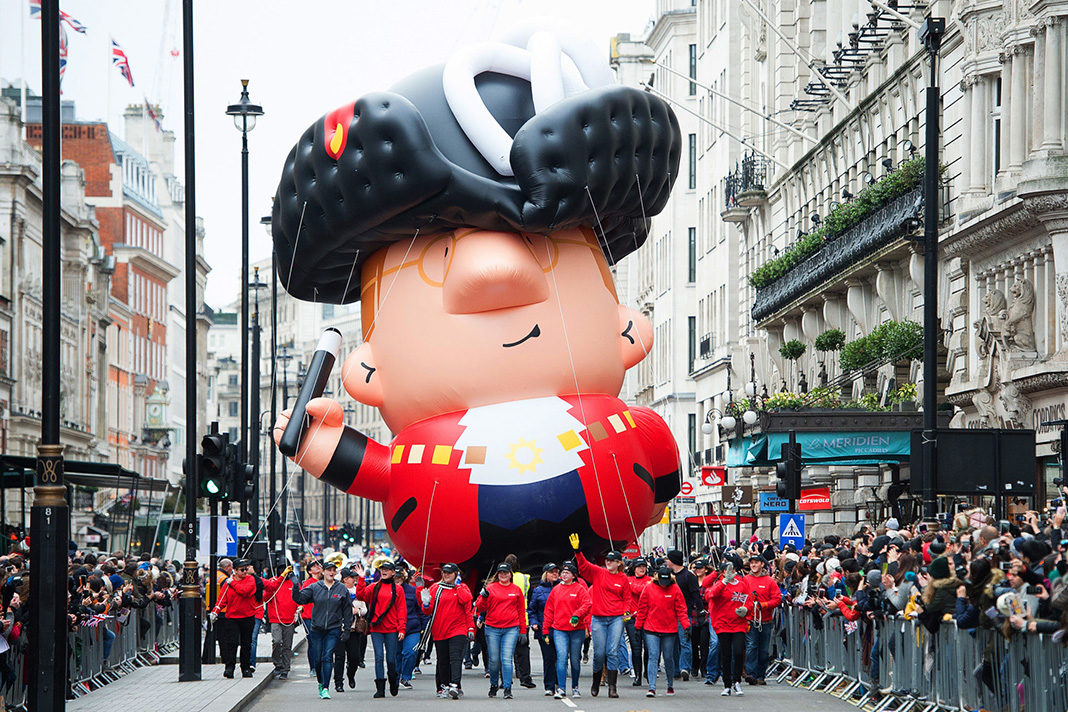 After the period between Christmas and New Year’s, when most days have been spent indoors with the family watching TV, most people are dying to go out, breathe fresh air, and do something. The New Year’s Day Parade was created exactly to solve this issue, on the 1st of January, when all the museums and shops are shut. You can watch performers march and drum a 2.2 mile route around London’s iconic landmarks in a colourful celebration of contemporary performance and traditional pomp and ceremony. The march starts at Green Park tube station. Tip: Be sure to arrive early to secure a good vantage point. Here we interview Joe Bone, Director of Logistics and Participation to find out more about the annual event.

What is the history of London’s New Year’s Day Parade?

The parade was born on January 1st 1987 – the year before founders Bob and Geri Bone wanted to blow away the Christmas cobwebs and take their family for a day out on New Year’s Day. Much to their frustration came the realisation that London was well and truly shut. Museums were closed, theatres dark, restaurants had bolted their doors – so it was either a walk in the park, huddle in a pub or stay at home watching TV. London was a ‘blackhole of entertainment’. Then the magic moment that changed the face of festivities forever – they decided to do something about it. They met with the then Lord Mayor of Westminster – Roger Bramble DL – enlisted his support and started to plan a big parade – free to see for families across the Capital.

Thirty two years on London’s New Year’s Day Parade is one of the World’s great street spectaculars, a turn-of-year tradition,  attracting over 500,000 on to the streets of Westminster and a live TV audience around the World in excess of three hundred million. 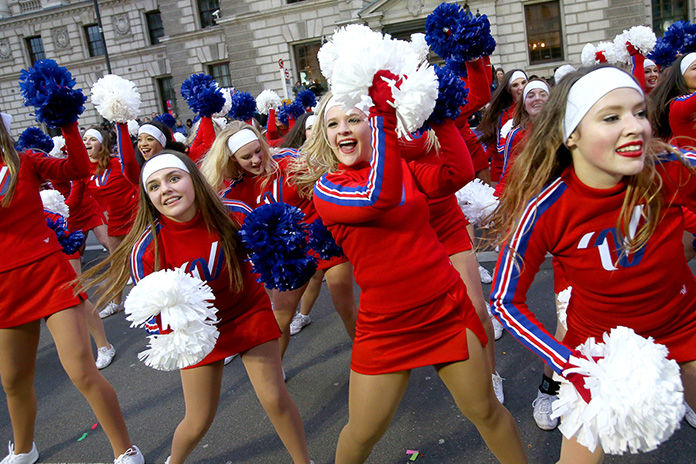 What can we expect from festivities this year?

LNYDP 2018 is themed SHOWTIME – Roll Up, Roll Up to the Greatest Show on Earth. More than 8,000 performers from numerous nations will take to the streets of the West End to give London a lift on January 1st. Expect the unexpected including circus acts, theatrical performances, street dance,  giant inflatables, vintage vehicles, crazy cars, stunt riders – and all the pomp and circumstance that London can muster. Seventeen London boroughs have submitted entries and will be raising copious quantities of cash for mayoral charities. They will be joined by the finest marching bands and cheerleaders from USA that have been specially selected. And the GB’s favourite Winter Olympian Eddie (The Eagle) Edwards is making a special appearance.

What makes London such a special setting for an event like London’s New Year’s Day Parade?

We love London and London loves us – it is, without a doubt, the greatest city in the World. Our iconic route – from The Ritz Hotel to Parliament via Piccadilly, Regent Street Street James’s, Pall Mall, Trafalgar Square and Whitehall – passes countless historic buildings which are the envy of the World. Then there’s the incredible multi-cultural mix of people on the streets – tourists and Londoners – who turn out in droves to give the world a wave and enjoy the show. 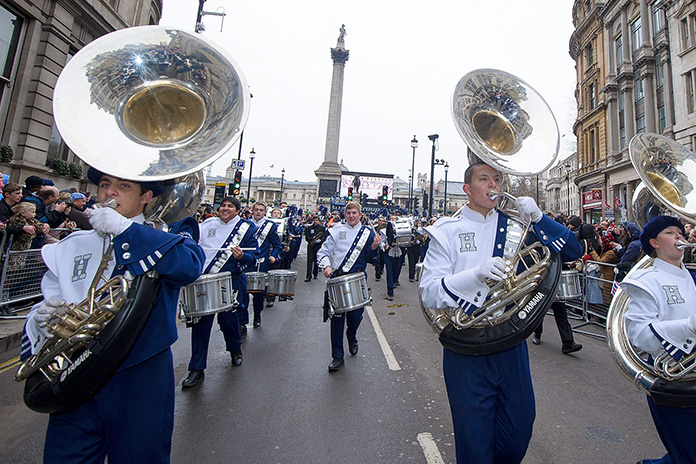 What’s the most challenging thing about organising such a prestigious event?

Where do I begin! There is a huge amount of preparation – planning and scouting the finest entertainment groups across the World, dealing with authorities, booking hotels and air tickets for thousands of performers, transportation of instruments – you name it we plan it. Believe it or not, we are already planning LNYDP 19, 20 and 21.